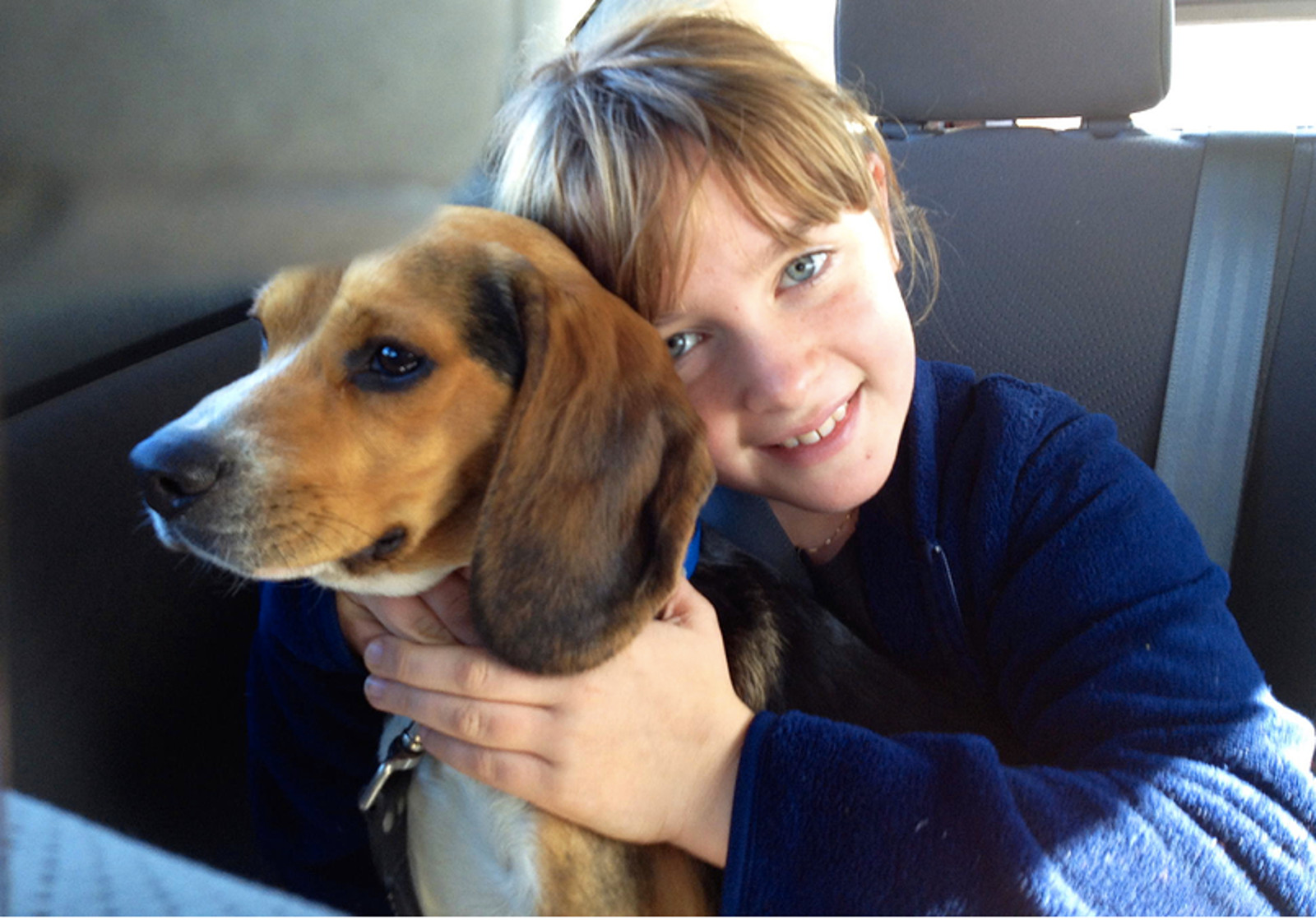 It is unsurprising to learn that while there are some incredible adult animal protection heroes out there, children can pack quite a punch too!

After all, the bond between children and their pet animals is strong and lasting, they recognize injustice the second they see it – just like five-year-old Cash who spoke out against SeaWorld in December 2013 – and as Green Monster Marla Rose put it: “With their minds unskilled at building convoluted rationalizations to justify cruelty and naturally tuned in to those who are vulnerable, children are born allies for the animals. Not only are they effective, often touching , messengers of compassionate living, it is clear that the kindhearted children of today are the conscious and altruistic adults of tomorrow.”

Let’s take a look at six fantastic young animal advocates in the U.S., who are doing great work on behalf of creatures who are vulnerable, abused, and neglected. 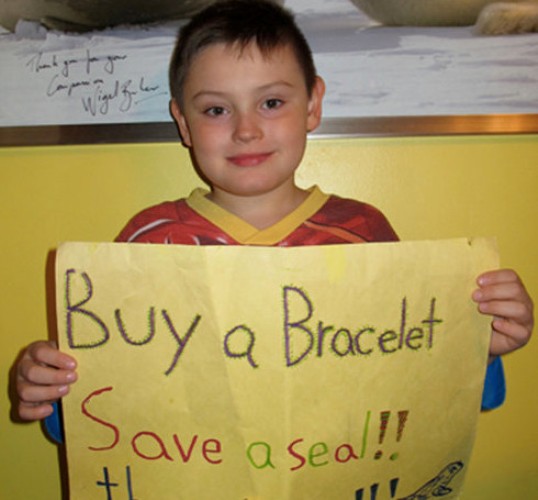 Thirteen-year-old Martin Welych-Flanagan from Syracuse, N.Y., started a Facebook page called Martin’s Save the Seals Campaign back in December 2010. He campaigns to raise awareness about Canada’s annual seal hunt, which kills hundreds of thousands of seals every year.

Martin says, “I’m doing everything in my power to stop this cruel slaughter of helpless animals. I make and sell beaded bracelets, ornaments, keychains, magnets and figurines for $1-5 each – all money goes to the Humane Society of the United States for the Protect Seals campaign. So far I have earned over $10,000 in money from my products. That is a LOT of things I have made to sell!” Rock on, Martin!

He also promotes various animal-rights-related petitions, such as: 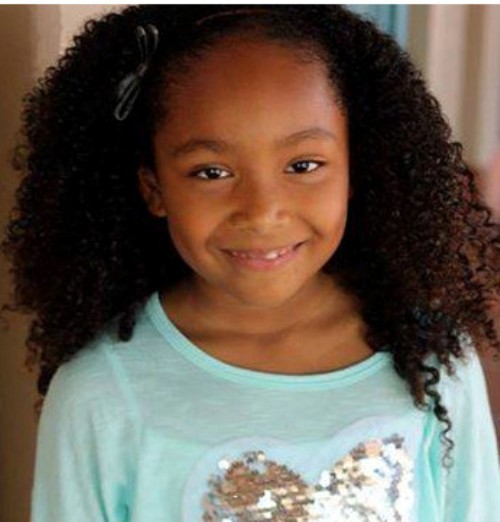 Seven-year-old gymnast Genesis Butler turned vegetarian at the age of three and vegan at the age of four, inspiring her parents to do the same. Since then, she has worked tirelessly to promote animal rights, and even won a Young Vegan of the Year 2013 award from Vegansarecool.com!

A recent update on her Facebook page, A Vegan Child’s Journey, celebrated an upcoming trip to SeaWorld: “Not to go inside, but to stand outside and fight for all the marine animals in the park that belong in the ocean.”

Her mother Genelle has written a book about how Genesis led her towards veganism, and says:

It was difficult discussing the deaths of animals for food and it is very hard trying to explain to a child why humans feel they can do this to animals but I am glad I did. Her love for animals and desire to help as many animals as she can has led her to activism. Genesis wants to speak up for animals and show other children they are never too young to stand up for what they believe in. I know she will encounter obstacles throughout her journey but I am confident she will continue to stand up for what she believes in as long as she has support from family and the vegan community. Often times, children say they want to be just like their parents when they grow up. Personally. I want to be just like my doughtier. 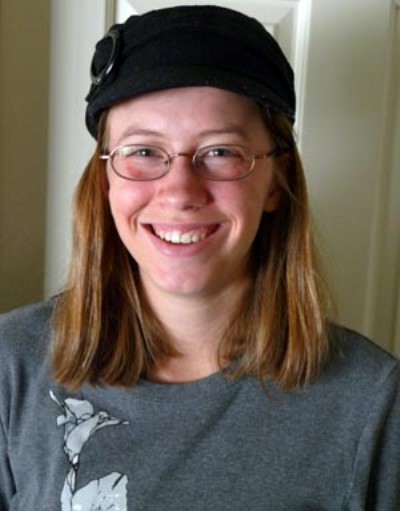 Most people who live by plant-based principles weren’t brought up this way, but chose to follow the path later in life. Nineteen-year-old Ellen Green, however, was reared by vegan parents, and has eaten a plant-based diet all her life.

She has done fantastic work with the Arizona-based advocacy group Vegan Outreach, and is full of sage advice on how to be an effective animal advocate in a world that accepts the mistreatment of animals as the norm. For example, here is the advice she gives when addressing the ubiquitous issue of what to say when asked the question, “Why are you vegan?”:

Something simple such as “Well, I know I don’t want to suffer, so I don’t want to make animals suffer” is sensible – you don’t need to go into a whole spiel about the practices on factory farms, although having some details in mind if you’re asked isn’t a bad idea. Be polite, as well – the last thing you want to do is come across as accusatory. Show enthusiasm – to do your best for the animals, you want to present as positive a picture of veganism as possible. This can occasionally be frustrating when you get the question every time you sit down to eat with a new group of people, but just try to be prepared, and realize it’s a great opportunity to be a representative for the animals. 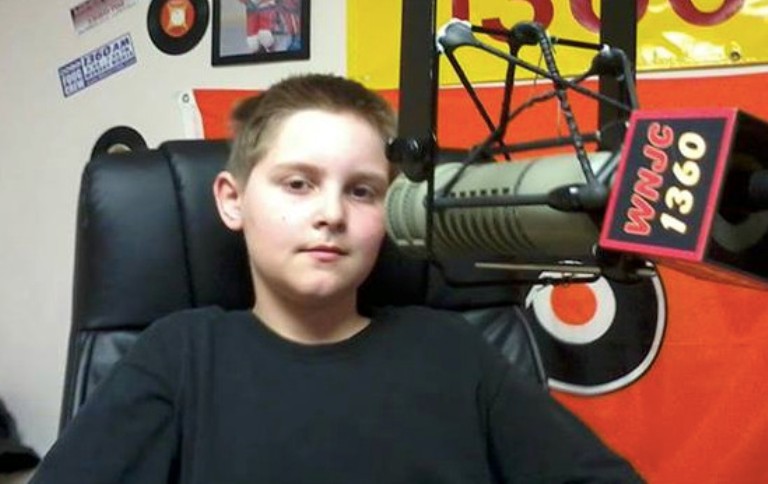 Twelve-year-old Kevin Storm runs a New-Jersey based talk show that aims to educate and inform people about animal rights issues.

The Kevin Storm Show was launched in March 2013, and he describes it as having happened by chance: “My mom and I were driving to Richmond, Virginia for the Healthy Lifestyle Expo, and we saw an advertisement on the car of the station manager on the way down. My mom asked me if I wanted to go on the radio, and I said that I thought that would be fun. About a week after that, we went to the station, and got it all set up, and we were broadcasting live the next week.”

He invites animal advocates into the show on a regular basis as guest speakers, and says that his ultimate aim is “to promote the freedom of all non-humans from slavery within the media, advertising and society.” 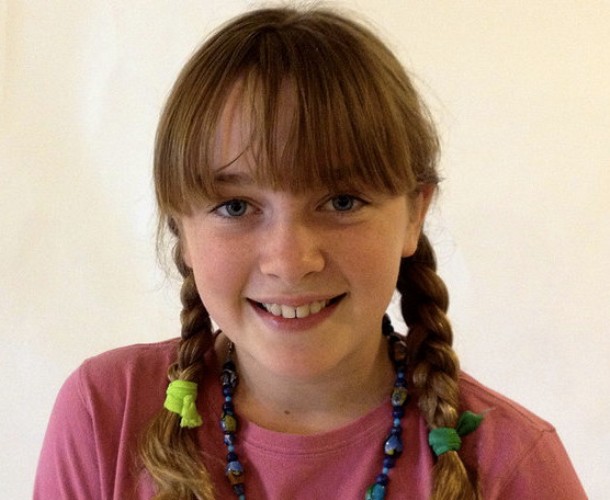 This talented and compassionate eleven-year-old girl from Pasadena, Calif., has a website called KidsAgainstLabBeagles.org, devoted to the raising of funds for The Beagle Freedom Project. She produces artwork depicting some of these beautiful dogs and sells it via her website. Her most recent product is a 2014 calendar.

She explains that she first learned about the exploitation of beagles by scientific laboratories when she decided to do some research on owning one of these dogs as a pet, and says, “I started painting beagles in the spring of 2013 and have successfully sold several of my paintings. I love to paint and it’s fun to paint beagles. Most importantly, it’s nice to know I’m helping end laboratory testing on these wonderful dogs.”

You can help support Kat’s cause by buying some of her artwork, or alternatively by donating directly to the Beagle Freedom Project. 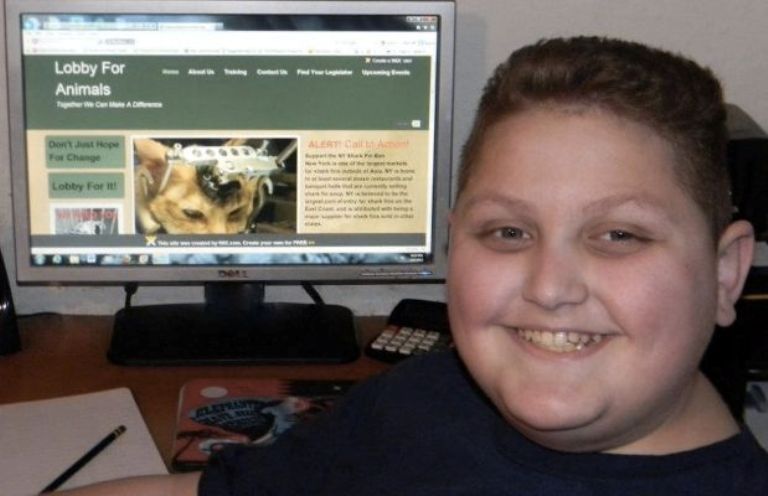 Twelve-year-old Thomas Ponce is the founder of Lobby for Animals, a group that works to promote animal rights through progressive legislation, and regional coordinator of the Fin-Free Florida campaign, which aims to ban the sale of shark fins and shark fin products in Florida. Last year, he was honored for his work by Farm Animal Rights Movement (FARM), when they named him the Animal Rights Young Activist of 2013.

In an interview with The Thinking Vegan, he says:

The mission of Lobby for Animals is to reach out to all those who have made a commitment to speak up for animals and encourage all animal rights activists from all walks of life to join us in our campaign to end animal cruelty one bill at a time. Lobby for Animals offers training videos on how to speak to your legislators, observational videos of actual calls to legislators, as well as templates to use for your correspondence, instructions on how to get started, who to contact and how, and specific tips on how exactly to maximize your efforts in lobbying.