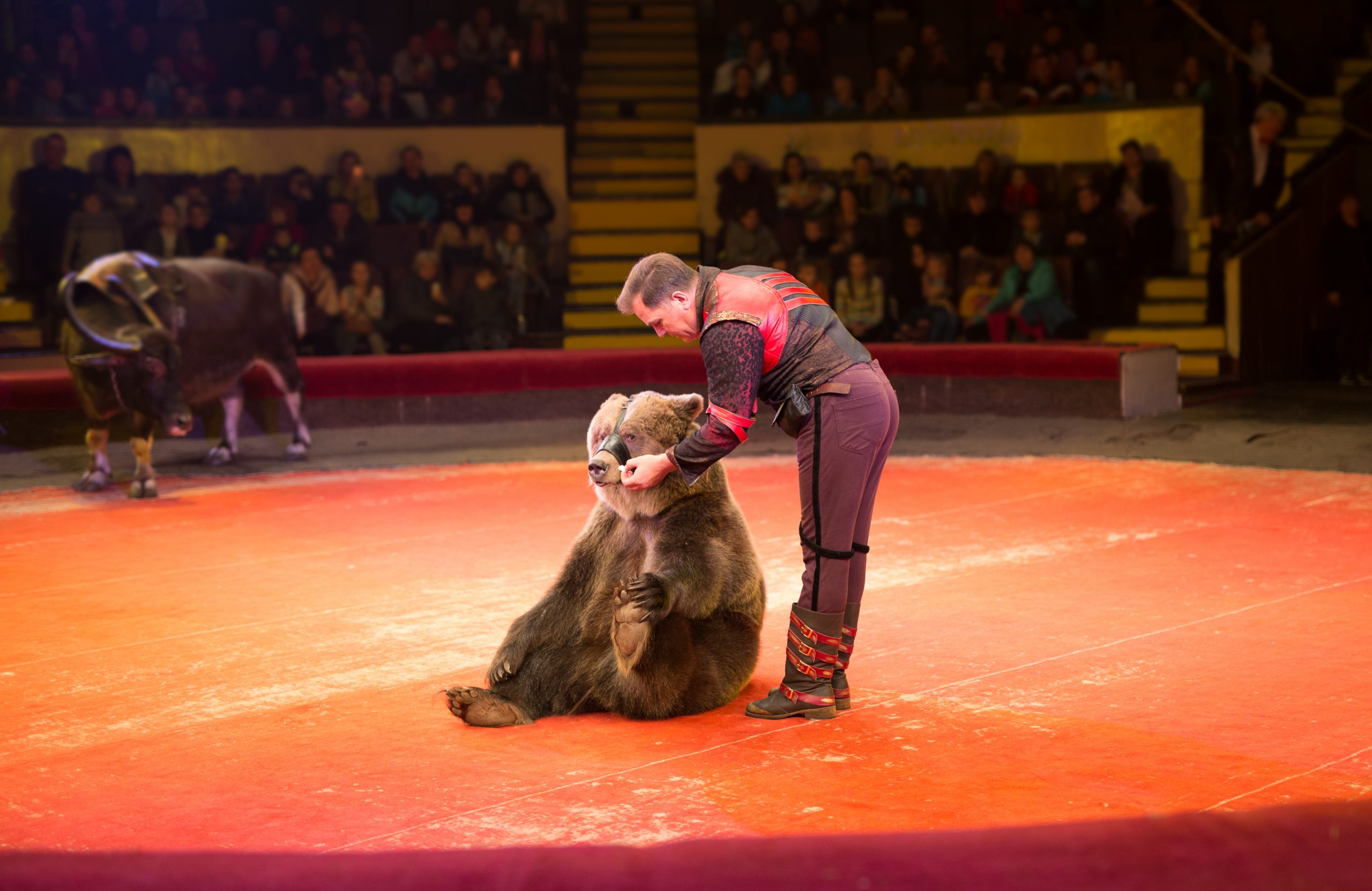 According to the Euro Weekly News, a circus bear tore off a trainer’s scalp before mauling him to death at a top Russian circus. The Great Moscow State Circus was the site of a horrific tragedy after Valentin Bulich locked himself inside the cage with a brown bear.

The seven-year-old bear tore off Bulich’s scalp and caused severe wounds before workers could pull him free. A statement from the circus shared the story of the attack, “Circus workers tried to save the victim’s life, but to no avail. In a critical condition, he was taken to Vinogradov State Clinical Hospital, where he died of his wounds.”

The circus said that climbing into a cage was against safety precautions and that Bulich entered the cage on a day off. The incident is now under criminal investigation. The bear is one of three that performs with the family. The circus shared that the bear that caused the wounds will not be shot or killed.

Animal activists are not pleased with the situation and say that its yet another reason circuses should be banned. Irina Novozhilova, of animal rights group VITA, said: ‘No circus conditions will be humane for one simple reason. Training goes hand in hand with cruelty….Circuses are always cruel beyond limits. And circuses with animals should be banned.”

Source: PETA (People for the Ethical Treatment of Animals)/Youtube

Animals in circuses often receive terrible treatment. Their living conditions are appalling and the methods used to train them are often inhumane. In inhumane conditions, circus animals often become erratic or aggressive. The animals are unable to live their lives naturally, unable to act upon their instincts or behave as they would in the wild. Their physical and mental health also suffer, especially from depression and zoochosis.

Source: PETA (People for the Ethical Treatment of Animals)/Youtube