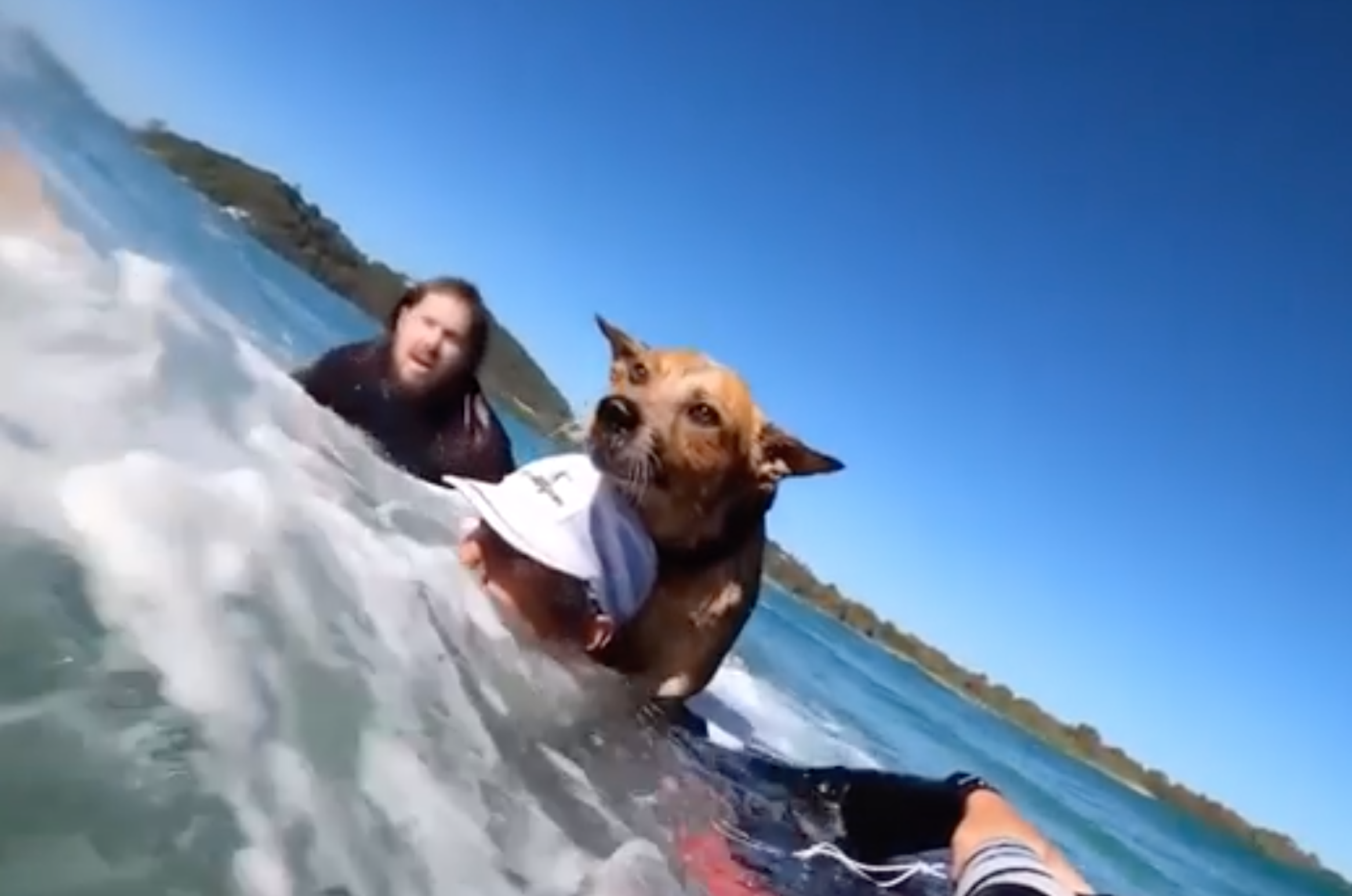 When a kind person sees an animal struggling or suffering, they know they have no choice but to help (if they are able to help). That was the case with Vasco Vellez who was just riding his board on the waves in the Gold Coast in Australia when he noticed a dog struggling to stay afloat.

Vellez was enjoying the ocean and riding waves with his camera in hand when something incredible happened. He was just meant to be in the water at the right time because if it weren’t for him, a sweet dog would have drowned.

As Vellez can be heard saying in the video, there were four-foot waves. Yet someone thought it would be a good idea to bring a kayak to the ocean, and worse, to also bring their dog along. Vellez comes down pretty hard on the person with the kayak calling them an “idiot” several times. However, he couldn’t have been nicer despite the person’s risks.

Although he was disappointed that the man even put himself and his dog at risk like this, he very kindly helped the dog. He said he felt more sympathy for the dog because he was completely confused and the rescuers were focusing more on the man while the dog was struggling to swim. He was confused and swimming toward the waves instead of the shore.

He called the dog over and the dog climbed onto his back. His paws can be seen clenched around Vellez’ neck. As his narration says, “It’s amazing how dogs just know what to do.” When the rescuer came around with the dog’s owner, they pulled the dog up to safety with them.

And Vellez, while still upset that this happened to begin with, still continued to be kind and helpful. He noticed the man’s shoes were floating in the ocean, so he collected them and gave them back. As he says, “It was his good deed for the day,” even though he didn’t expect to spend his morning that way.

He didn’t have to stop his whole morning to help and yet he did! What a kind man.