How Human Greed and Corruption is Driving the Extinction of Elephants 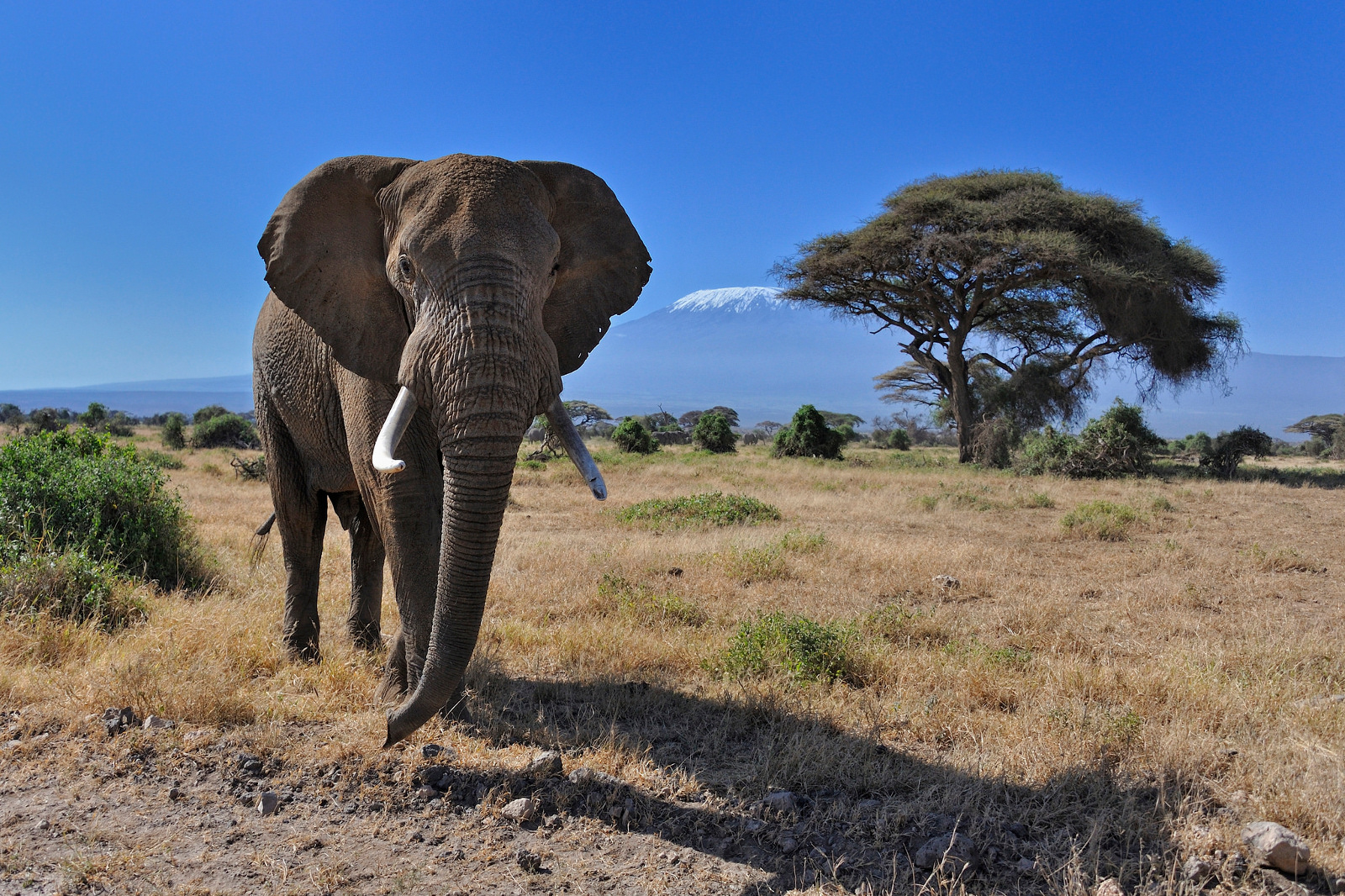 In late April of this year, the President of the Republic of Congo, Denis Sassou Nguesso, set fire to almost five tons of elephant ivory at a ceremony in Brazzaville, in a bid to address the increasing demand for wildlife parts like elephant ivory and rhino horn. Poaching is a major issue in the Republic of Congo and in many other countries in Africa that is driving the extinction of many species.

Every animal plays an essential role in the ecosystem; the elephant, for instance, disperse seeds, enabling plants to grow and the dung in which seeds germinate feeds other animals too. The extinction of elephants spells disaster for the planet. That’s why keeping them alive is crucial and the way to do that is by combating that which is fueling the killings of elephants: the illegal wildlife trade. While the ivory burning event in Congo’s capital may symbolize a stand against this trade, getting to the core of the problem is most important.

“The real work is still ahead of us,” Naftali Honig, coordinator of the Project for the Application of Law for Fauna Republic of Congo (PALF) explains to One Green Planet. “Stopping elephants from being killed in the first place is the real goal and for this to happen, traffickers and poachers need to be genuinely dissuaded from their trade.”

Although the Congolese government is staging appearances to show their condemnation of the illegal wildlife trade, behind the scenes, this doesn’t seem to be the case.

The Untold Truth of Poaching in Congo

Over 20,000 elephants were killed in 2013 purely for their tusks. If it continues this rapidly, the future looks far from promising for elephants. It seems that we in the West aren’t seeing the full picture when it comes to poaching. Many firmly believe that poachers are a mass of poverty stricken individuals, independently hunting elephants, rhinos, and other wildlife.

“It is not the truth that they are unorganized individuals,” says Arthur F. Sniegon of the PALF sniffer dog program. “For example, a few days ago I went along with an employer of three poaching groups in Cameroon and CAR and he showed me his hunting ammunition. The price per 1 Ammo was 25.000 CAF (Central African franc). No individual poacher can afford this. It is the rich patron who is leasing guns to the poor guys and expecting regular ‘prey’ [namely, elephants and rhinos]. ”

Essentially, the poachers on the ground are working at the behest of wealthy individuals who have a vested interest in the trade of wildlife parts. The poverty of locals plays a huge role in the perpetuation of wildlife poaching as it gives them an incentive to take up the cash rewards for killing the animals. The sad reality is that a poached elephant sells for around $21,000 on the black market, but the value of the profits a single elephant can bring in from ecotourism reach up to $1.6 million. The short-term payoff for locals who are persuaded into poaching are unsustainable and not worth it in the long run. If the government were to put a concerted effort into preserve native ecosystems and increasing ecotourism in the Congo, humans and animals could live in harmony together.

In September 2014, an ivory trafficker was arrested along with two policemen for possessing over 350 pounds of seized ivory. So why, when Congolese laws request maximum penalty for corrupt officials, did these three men never get sentenced?

Laws do exist in the Republic of Congo to regulate and prevent the slaughter and sale of wildlife parts, but they are not being applied fairly. Corrupt ministers and magistrates who are breaking the law should be administering strict punishments, however, due to the stake they may have in the trade or simple ignorance of the laws that should be used on wildlife traffickers, these criminals are largely allowed to operate scot-free.

“People well informed on law enforcement are needed in our jurisdictions,” says a source working in Congo’s court system. “Politically we need our leaders to be receptive about conservation problems. They need to encourage NGOs and people engaged to fight about poaching in order to get support. This is an opportunity to be well received in civil administration or to facilitate collaboration.”

Even some of the rangers, who are meant to be protecting wildlife, are corrupt. Some will traffic wildlife to supplement their salary. Other rangers, however, risk their lives to protect wildlife.

What is PALF Doing to Help?

PALF has a sniffer dog unit and the dogs, three Malinois, are able to detect illegal wildlife products. But it doesn’t come without its peddling of influence.

“People try to pay money to dog handlers to avoid being searched, other try to ‘negotiate’ if the contraband is seized,” says Arthur F. Sniegon, who is working on the dog unit.

At the end of March, he says an operation was planned to arrest a well-known ivory trafficker and ivory art manufacturer in Brazzaville. After a long-term investigation, Arthur and his team entered the criminal’s property only to be chased out of the house, injuring the dogs and the team themselves. Despite this, PALF obtained plenty of documentation and evidence and yet, still, the Congolese justice system stays silent and the ivory trafficker stays out of prison.

The end of the illegal wildlife trade is sadly far off in the horizon for now, but we can all play our part by supporting groups like PALF who are working on the group to change the way poachers are treated in the eyes of the legal system. We can also help to put an end to this cruel industry by not purchasing any products that came as its result. When the buying stops, so can the killing. In addition, wildlife tourism in the Congo – particularly in Virunga National Park – has been posited as a way to bolster the local economy and promote the conservation of wildlife. Creating an industry that is founded on the protection of animals, rather than their destruction, can empower locals to resist succumbing to the trade and instead work to better the natural environment around them.