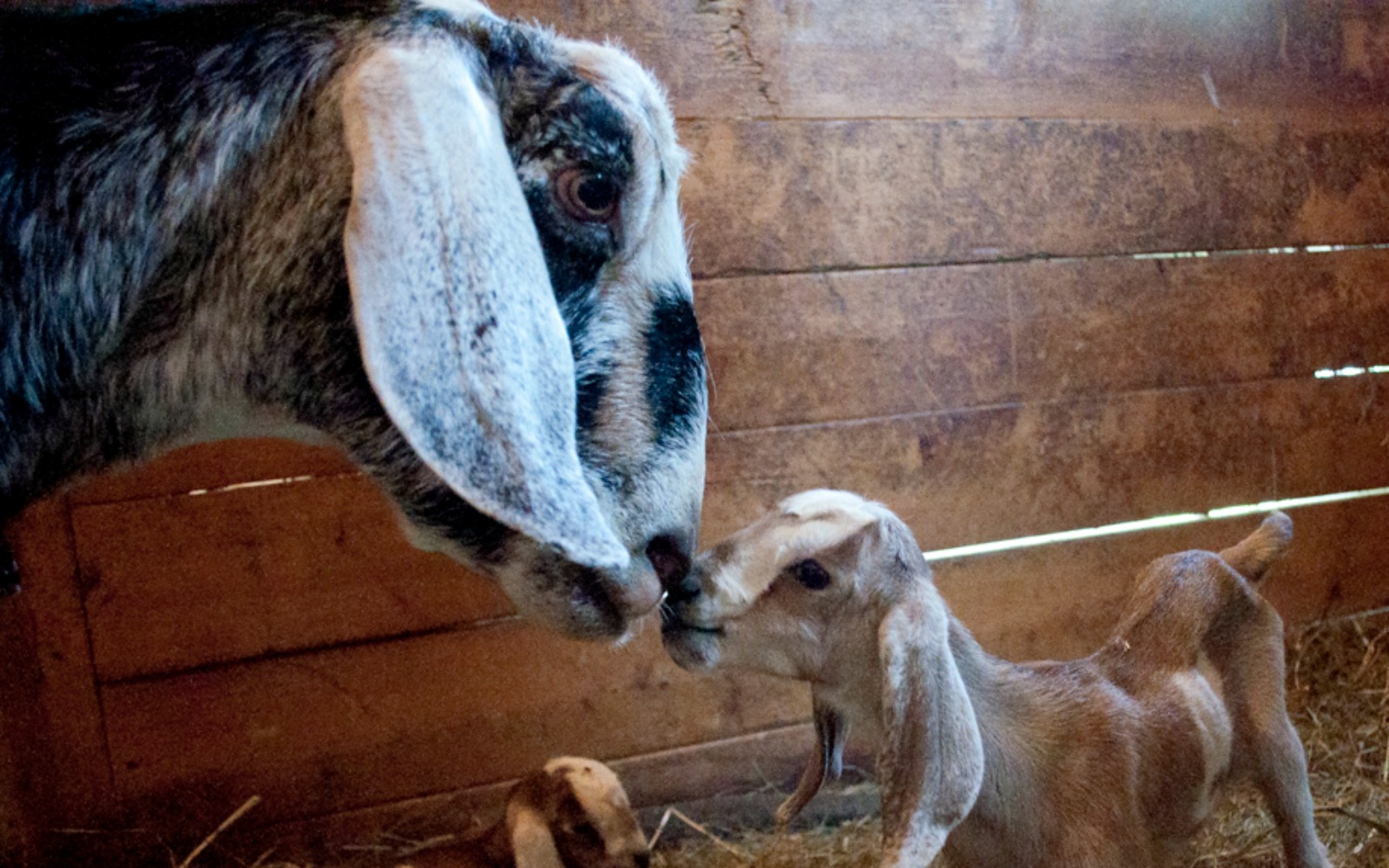 Cheri and Jim convinced themselves many years ago that raising goats for milk rather than for their meat was the more compassionate option. But then the couple soon realized the abhorrent cruelty in the dairy industry. To produce milk, Cheri and Jim still had to breed goats every year so that the does would produce milk, which led to an overwhelming population of baby goats.

The Reality of the Goat Milk Industry

Adopting out every single goat proved to be an impossible feat, so, like most dairy farmers, Cheri and Jim had to sell the baby goats to slaughter. When discussing the trauma of selling the baby goats, Cheri Ezell-Vandersluis told PETA, “These babies would look into my eyes with trust, wonder, and fear. … Many times Jim and I stood at the gate listening to our baby goats cry as they were driven away.”

While many people still do not understand what life as a dairy cow really entails, knowledge about the cruelty in this industry has been on the rise, and as such, people have been opting more and more often for dairy-free milk. However, the life of a dairy goat rarely gets the same attention. Many people may not associate the same industrial brutality endured by a goat; instead, perhaps we have pastoral images of dairy farms where the animals are free to roam through huge green fields and routinely stop to be milked by a gentle farmer. That’s why videos like this one, that expose the realities of the goat dairy industry, are so important.

After experiencing the moral conflict with raising animals for milk or for food, the Vandersluis’ have now dedicated their lives and land to rescuing abused, abandoned and unwanted animals almost two decades ago, in 1998.

Maple Farm Sanctuary recently announced the exciting news and now with the help of Wynvisa and her babies, Cheri and Jim have come full circle and see the birth of the three baby goats as a learning opportunity. “These births are a great opportunity to celebrate how far we’ve come in the almost 20 years since we became a refuge for farmed animals. They can also serve as an eye opener for those who support dairy farms, whether that means buying animal-based milk and cheese or participating in trendy activities like baby goat yoga,” Cheri said.

The birth of the three little ones is even more exciting when you take into account Wynvisa’s past. This is her fourth litter of babies, but her previous litters were taken away from her shortly after birth and sadly, used as dairy goats themselves or were killed for their meat. 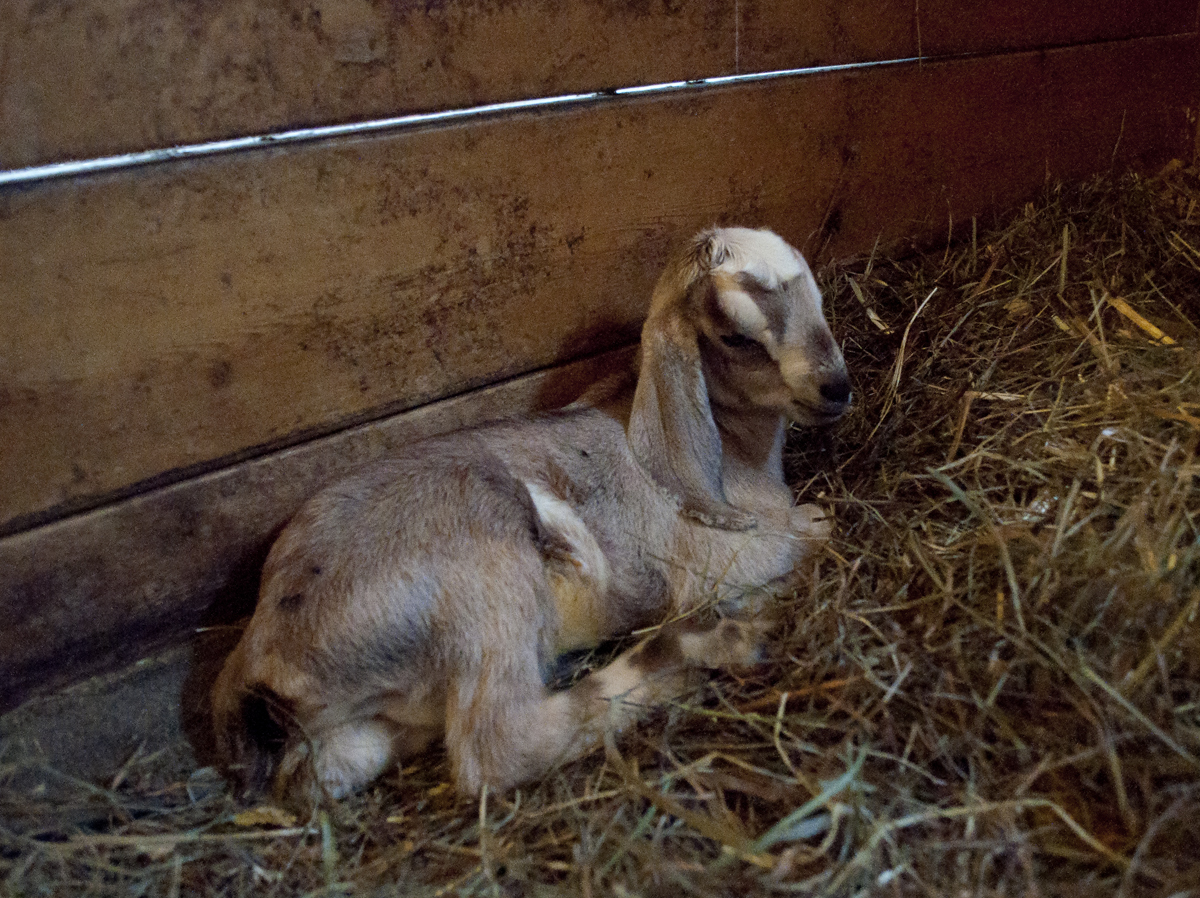 Now, Wynvisa will be able to raise her babies in the safe, loving environment of Maple Farm Sanctuary. 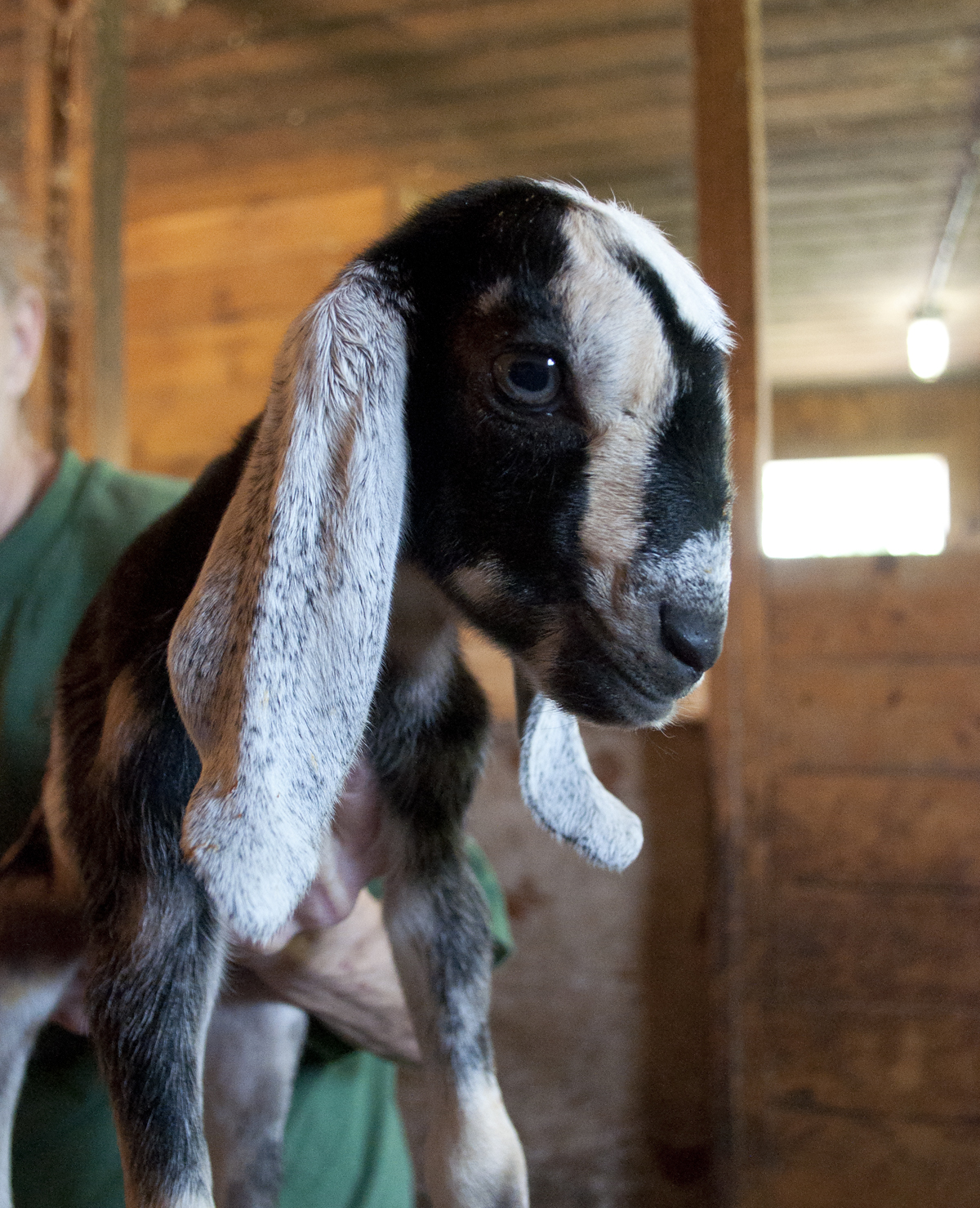 To help educate consumers about how many lives can be saved simply be choosing dairy-free options, while also raising funds for Wynvisa and her babies, Maple Farm has launched a fundraising campaign. 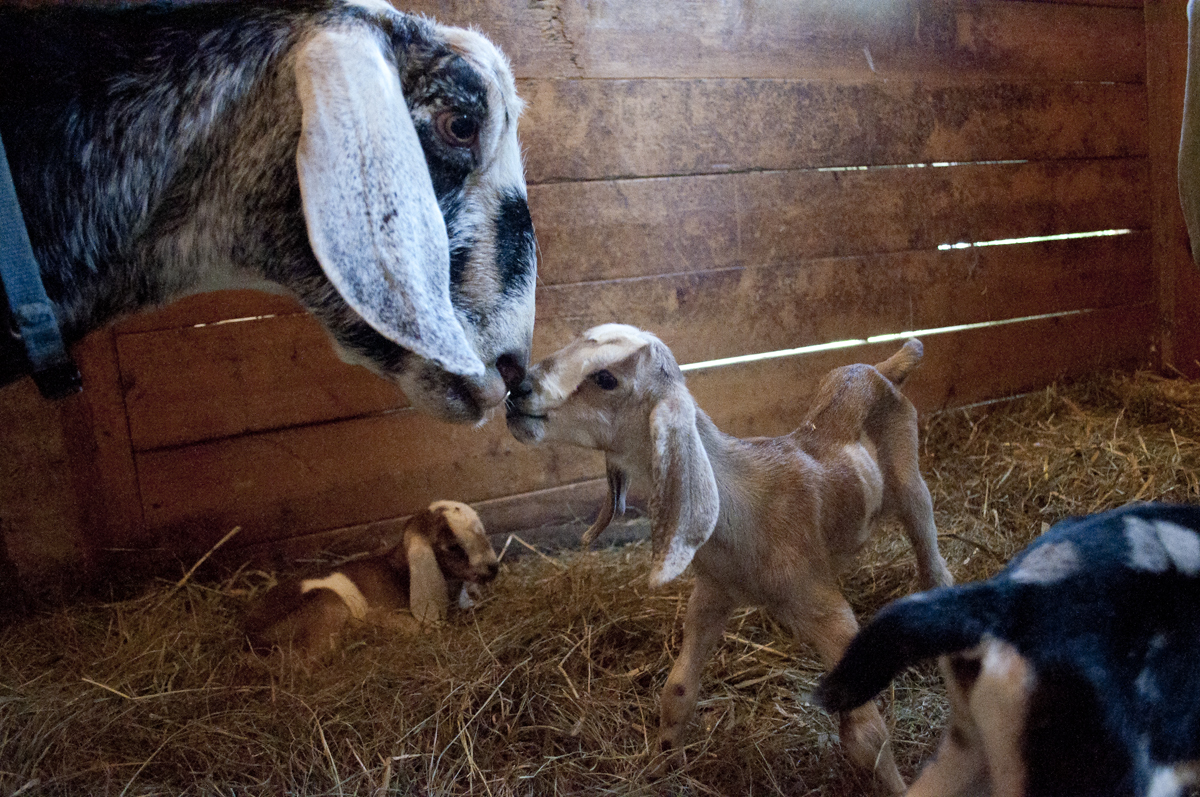 And the Vandersluis’ aren’t the only farmers jumping ship. Just recently by a farmer who shut down her “humane” goat cheese farm and instead has started an all-vegan farm animal sanctuary. Former goat farmers, Carol and Julien Pearce have decided to retire from their lives as award-winner goat cheese farmers and transition their farm into not only a sanctuary for former dairy animals but to also make awesome vegan cheese. The Pearce’s new and improved sanctuary operates under the name, The Sanctuary at Soledad Goats and with a tagline like “our cheese rescues animals,” these progressive animal advocates are showing the world just how powerful our food choices can be.

Cows and goats are intelligent and capable of experiencing this physical and emotional pain. For more information about Maple Farm Sanctuary, click here. And to stay to date on Wynvisa and her family, be sure to follow the sanctuary’s Facebook page.