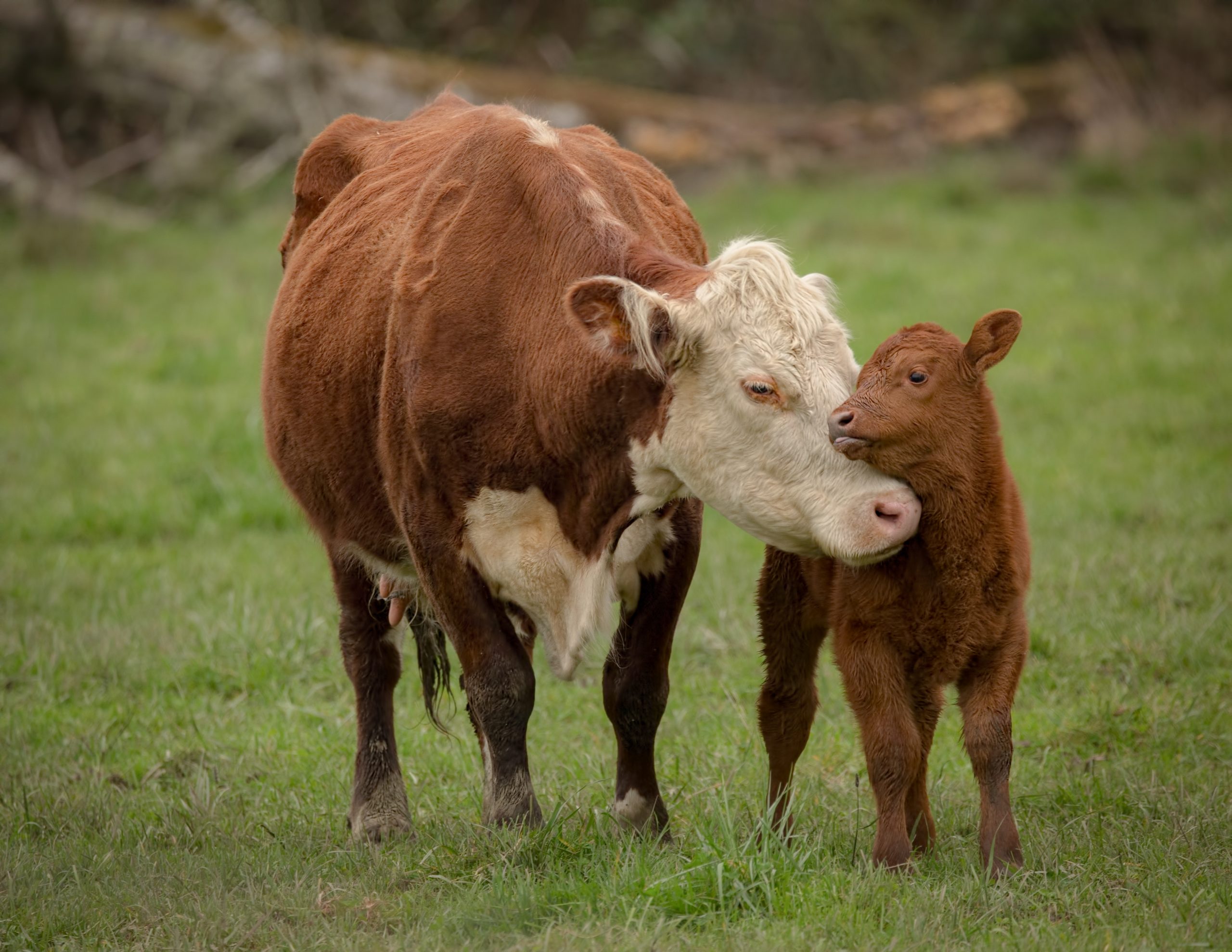 This Mother’s Day, in addition to providing you with recipes, gifts, and celebration ideas to honor the wonderful mothers and mother-figures in your lives, we also wanted to recognize animal mothers. In our anthropocentric world, animal mothers suffer extreme abuse at the hands of humans. They are separated from their children and treated like machines for a multitude of exploitative industries, from farming to pet breeding.

Here are 10 ways that humans exploit and harm mothers of the animal kingdom today as well as some petitions you can sign to help:

Many people take comfort in the false assumption that the production of milk requires no death or cruelty. However, from a simple online search, one can see just how awful the dairy industry truly is. In addition to keeping cows in cramped, unsanitary conditions and physically abusing them, the dairy industry is also responsible for separating babies from their mothers. Dairy cows are forced to give birth over and over, each time having their baby stolen from them – all so humans can drink cow milk and eat meat. Taken from their mothers so soon, calves often “become sick, lose weight from not eating, and cry so much that their throats become raw.” The mothers’ responses aren’t much different. In an interview with BBC, one dairy farmer tearfully admitted that some mothers “bawl for days.” These mama cows may even fight farmers who steal their babies or follow the trucks that are taking calves to be killed for meat. As you can see in the above video, the last moments between a dairy cow and her calf are hearbreaking. The few lucky cows that end up in sanctuaries are often extremely protective of calves, especially around humans. The trauma that they endured can shape how they act even when they’re finally safe.

Dairy cows are not the only ones who are subject to this fate. All kinds of farm animals are bred continuously for agriculture, whether that be to produce milk, meat, or eggs. Pigs are often confined to tiny gestation crates throughout their pregnancy. When they finally give birth and move to a slightly larger farrowing crate, they are separated from their piglets by iron bars until the piglets are taken away and the cycle repeats. They would never get the opportunity to snuggle in nurse in the way that Carol and her piglets do in the above video. Mother hens, too, are kept in tiny, unsanitary spaces and suffer extreme health issues as a result of farmers manipulating their biological cycles and breeding them to produce more eggs. Hens have a natural instinct to help hatch and care for their baby chicks. However, eggs are immediately taken from them to be incubated in a machine. This torturous process is repeated over and over throughout their whole lives. Sadly, the list of animals who are exploited by the animal agriculture industry goes on.

Dog breeding is an inhumane and heartbreaking business. Dogs are kept in wire cages that are caked with their own feces 24/7. Some are left out in the elements and others are kept in basements where they never get fresh air or see the light of day. These conditions and inbreeding cause a slew of health issues, which often go untreated since dogs are usually denied medical care too. While many people talk about this despicable treatment of the puppies, there are unseen victims of these breeders who should be mourned and advocated for as well. Because many die under their breeders or soon after, the mothers of these puppies suffer immensely at the hands of the dog breeding industry. They live in the same awful conditions, are bred over and over, each time having their puppies taken, and end up killed or abandoned once they can no longer get pregnant. Opal, in the above video, was one of these abandoned mothers. At six years old, she was suffering from neglect, malnutrition, various infections, among a variety of other health issues. Rather than treating her health issues, her breeder left her to die a slow and painful death. Fortunately, SOSD Singapore rescued her and a few other dogs from the breeder. Opal was so happy to be rescued and finally know what it’s like to be loved, however, too much damage was already done to this sweet girl. She suffered from heart failure soon after being rescued and had to be put down.

The same cruelty applies to cats, birds, and exotic animals in the pet trade. In some cases, the animals are bred in puppy mill-like facilities or by backyard breeders, in others, they are stolen from their mothers in the wild. Sometimes, mothers may even be killed so that humans can steal their babies and sell them into the pet trade.

In addition to the harm to conservation and biodiversity; one of the saddest effects of poaching is the trauma that it causes to mother and baby animals. This video may seem to just be a cute baby elephant playing in the dirt, but it has a much darker backstory. The elephant, Aya Min, is an orphan at the Wingabaw Elephant camp in Myanmar. She was traumatized after having to watch her mother be killed by poachers. Sadly, this isn’t a rare experience. Oftentimes, poachers will kill rhino or elephant mothers who are still in recovery after giving birth because they are easy targets. Similarly, the baby animals can also get caught in snares. As hard as their mothers may try, it’s extremely difficult to get their baby out of one without help from rescuers. It’s heartbreaking to imagine the fear and helplessness they feel when their baby is caught. These are emotional creatures that are deeply affected when a loved one is taken away.

While some animals are poached so that for their parts to be used in traditional medicine, other animals are hunted for sport. Trophy hunting not only breaks up wild animal families, but can also play a role in cruel captive breeding operations for canned hunts.

While most people associate poaching and trophy hunting with lions, elephants, and other animals overseas, they are both very prevalent in the US. Hunters often target mother bears and their young using baits and traps. Even when hunting mothers and their babies of a certain species is illegal, it’s nearly impossible to prevent since identifying mothers can be difficult. Thus, many mother bears, wolves, and bobcats are murdered as a result of their vulnerability when caring for their young.

Marine parks rely on both captive breeding and stealing animals from their pods, and thus their mothers, in the wild. The trauma that this, combined with tiny tanks and being forced to perform for loud crowds, is extremely traumatizing to these intelligent, social, and emotional animals. In the wild, orcas have closely bonded matrilineal pods that they spend their lives with. However, in captivity, they are often kept alone or put into new groups that aren’t as comfortable. Mothers are even separated from their babies, which is an especially painful experience. John Hargrove, a former senior killer whale trainer at SeaWorld, described the separation: “In fact, [when Takara was taken from Kasatka], she was emitting vocalizations that had never been heard before ever by anyone … obviously Takara was gone and [Kasatka] was trying anything she could to try to locate and communicate with Takara, which is absolutely heartbreaking.” Even if mothers and their young are kept together, the trauma of captivity can still drastically alter their relationship. Dr. Ingrid Visser, a renowned marine biologist and founder of the Orca Research Trust, observed a mother orca who was “too depressed to feed her calf” and “ignoring her calf’s repeated attempts to feed.” Rare in the wild, it’s quite common for captive animal mothers to reject their babies.

Similarly, zoos not only steal animals from the wild and separate babies from their mothers, but also have a common practice of trading animals to increase profit and breed more animals. This can be extremely stressful to animals who typically spend their lives with their mothers, like orangutans and elephants. Recently, Ontario’s African Lion Safari, listed as number one on In Defense of Animals’ 10 Worst Zoos for Elephants in North America, was planning to separate two female elephants from their mother, and sell them to the second-worst zoo on the list, Fort Worth Zoo in Texas, for two million dollars. In the wild, mother and daughter elephants stay together for life. Fortunately, due to public pressure, they decided not to go through with this deal. However, the practice is still quite common among zoos around the world.