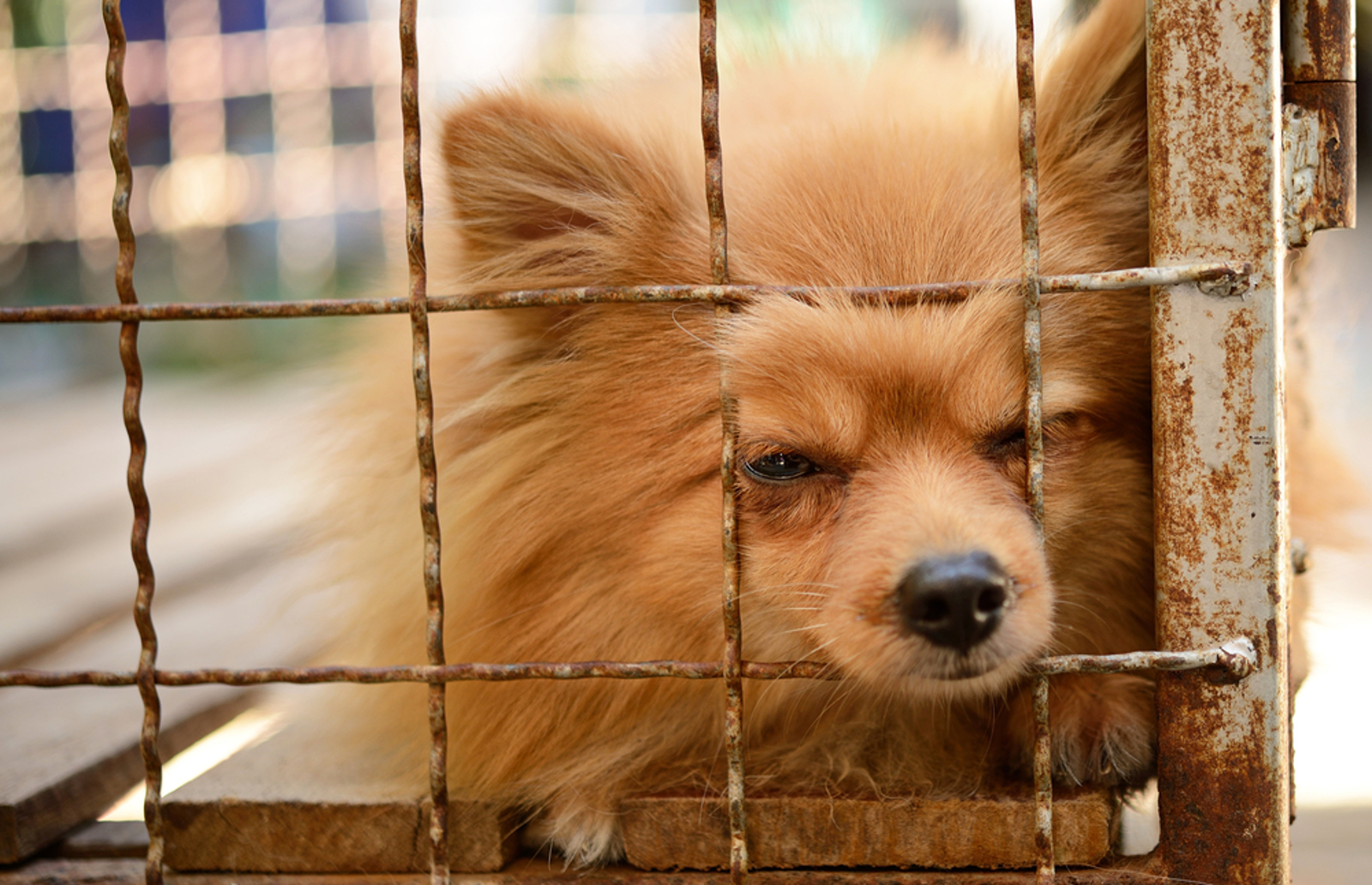 Newspapers have reported that Korea’s Moran Market – infamous for the inhumane slaughter of 80,000 dogs a year – is set to close, is this true?

There is some room for optimism due to recent events but it’s not accurate to say that the market has closed. Reports that suggest the long-standing association between Moran and the cruel dog meat industry are set to end are premature.

What has happened is Seongnam City Mayor, Lee Jae Myeonghas said he wants to clean up the market’s image – particularly with regard to the dog meat industry.

To this end, he has said the slaughter and sale of live dogs will no longer be allowed to take place on site – but the sale of dog meat will continue.

However, our contacts in Korea tell us that live dogs continue to be displayed at Moran since the announcement. So far no slaughter has been seen on site, but we are staying vigilant on this point and will continue to monitor the situation through our associates.

It remains to be seen how much sales of dog meat will be affected more long term. For now, it’s likely that Moran Market remains one of the biggest sellers of dog meat in Korea.

So what has prompted the change from the authorities and should animal lovers view them positively? 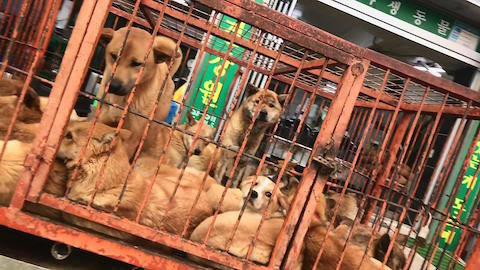 The area around Moran is developing and becoming increasingly middle-class – to the point that many believe the market is either no longer suitable or actively hindering the area’s economic growth.

But also, with South Korea set to host the Winter Olympics, the country is acutely aware that the eyes of the world will be on them. They have experienced this before, having co-hosted the FIFA World Cup in 2002 – when visitors from all over the world were very vocal in their criticism of the cruelty of the dog meat industry.

It’s an embarrassing situation South Korea doesn’t want to see repeated, hence the efforts to end the worst excesses of the industry.

It’s heartening to know that South Korea recognizes that dog meat eating is a problem and one that represents a stain on its international reputation. It’s clear that years of campaigning by animal lovers – east and west – has had an effect.

What we mustn’t allow to happen is for this change to end with a cosmetic hiding of the cruelty. We will continue to fight and use the fact that South Korea seems so embarrassed by this trade to push for its end.

Animals Asia’s cat and dog welfare department visited Moran in January 2017, on a fact-finding mission. We had heard changes were imminent and wanted to find out for ourselves what the situation was.

For anybody who loves cats and dogs – or is in any way empathetic toward animals – visiting Moran is a horrific experience, with the faces of hundreds of scared dogs peering out from crammed cages. 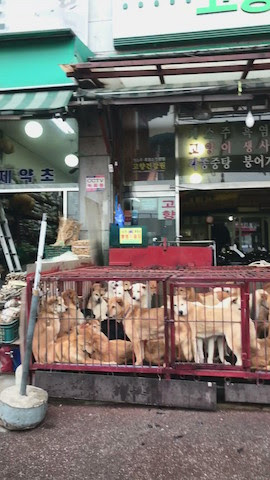 For us the trip was also a chance to collaborate with Korean anti-dog meat groups, build contacts and share experiences. While there, we visited Korean dog meat markets and dog meat farms, to learn about the Korean industry in order to better understand the similarities between the industries in the two countries.

What we saw was that the increased pressure on the traders was making them more nervous and as a result they are trying to be more vocal and defiant as they attempt to resist change. The government’s attempt to change the market is going to affect both the lives of animals and the livelihoods of the people who are involved in this business.

The fact that dog traders in South Korea have been so vocally against the change suggests that they are feeling the pressure and perhaps know this could be the beginning of the end.  It’s certainly a very important change and has been a very long time coming, with years of campaigning going on in the background to get to this point.

On the whole, the dog meat industry in South Korea is declining from what we found – although some traders are continuing to resist. But it can’t be long until they realise they need to be in an industry with a future and change their businesses accordingly. It certainly looks now like dog meat will not be viable for them in the long-term.

How Have Chinese Animal Lovers Responded?

As with everywhere there has been confusion due to the misleading newspaper reports. But since we clarified the details, we have spoken to our partner organisations here in China and – despite the fact that dog meat sales continue – the general consensus is guardedly positive. But they know the fight is far from over.

It gives them hope. Moran is the epicentre of the dog meat industry in South Korea and it is under attack from the people and the government. Very few people want this industry to continue and the government clearly feel it damages the country’s image and hinders local economic growth. At the moment it looks very vulnerable. That helps people fighting the same fight in China believe change is possible.

Will China Step Up and Change as Well?

Absolutely. Change is happening all the time as more people become aware of the cruelty, illegality and social unrest caused by the dog meat industry. The authorities have started taking the issue of dog thefts and illegally sourced meat very seriously and have been closing down restaurants which break the rules.

The groups we work with are confident they are doing the right thing and they are inspired by the success and change they see all around them. The change taking place in Korea, while not the closure we want, is still very welcome and a boost to Chinese groups facing similar issues.