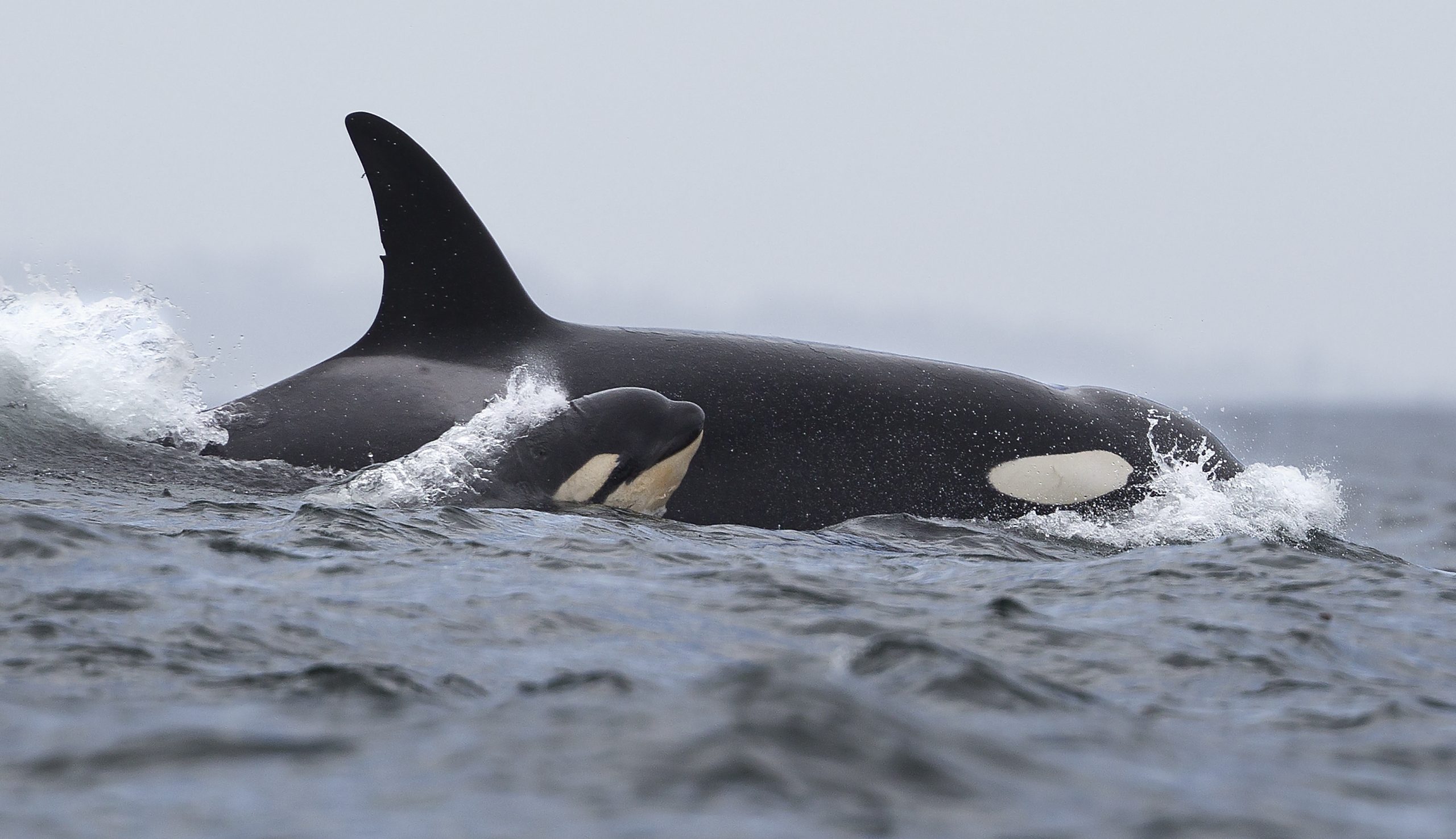 The image of a female orca carrying her deceased calf through the ocean is beyond heartbreaking. As the days passed, new images were shared by news outlets showing the grieving mother as she continued to carry her calf, occasionally nudging it to keep the body above water. Stories on social media were filled with comments from people who felt sorry for the mother and the pain she was feeling. It was clear that she was grieving the loss of her child.

The mother, known as Tahlequah or J35, is part of an endangered pod of orcas living off the coast of Washington State. According to The Whale Museum on San Juan Island, it has been three years since a calf was last born to this pod. Her pod, known as the J Pod, is part of a three-pod family that has declined to 75 members since the 90s. Only 25 percent of calves born to the J Pod over the past two decades have survived, making the loss even more devastating for this struggling species.

Tahlequah carried her calf for more than two weeks, with other members of the pod sometimes helping her. Researchers say it’s normal for orcas to mourn their dead for a few days, but this was the longest act of grieving ever observed. And she was so focused on keeping the calf afloat that researchers were worried she wasn’t eating enough to sustain herself, which would have placed her health in danger.

The mother orca eventually let her calf go, and the story faded from the news headlines. But it’s an important reminder of how much animals are like humans. And the impact of this loss demonstrates the importance of working to protect the remaining orcas.

An Intelligent Species Capable of Complex Thinking and Emotions

Orcas are highly intelligent and social animals. Like humans, they can master complex behaviors and express emotions. Their pods are a family and support network, and they live in the same pod for their entire lives. They carry their young for more than a year, nurse them, and protect them from harm. Mothers form a strong bond with their calves, just as human mothers bond with their babies. They communicate using a dialect that varies by pod, much like the many different languages spoken by people around the world. Orcas also share food with other members of the pod, just as we share food at family gatherings.

Studies of wild orcas have found that older females serve as strong leaders who share wisdom with the pod, helping to care for calves and lead the pod to food sources. The study also found that when salmon supplies were low, the older females became even stronger leaders in an effort to ensure the survival of their pod. This leadership and wisdom is part of human families as well, with grandparents playing an important role in the family and providing guidance to younger parents and children. They want the best for their families just like we do, but sadly, humans are responsible for almost all of the circumstances that are placing these incredible, sentient beings in danger.

How Human Activities Harm Orcas and Their Habitats

Orcas, like many other animals, are increasingly threatened because of human behaviors. They are injured by fishing nets and injured or killed by large passing ships. They are stolen from the wild to be placed on display for our entertainment and hunted and killed for their meat. In the coastal areas between Washington State and Canada, the construction of dams has restricted access to Chinook salmon, which serves as an important food source for Southern Resident orca pods.

Pollution from plastic and chemicals is also problematic. In fact, the National Oceanic and Atmospheric Administration says that Southern Resident orcas are considered to be one of the most contaminated marine mammals in the world. The reason is that orcas are eating large amounts of contaminated fish and swimming in coastal waters heavily polluted by stormwater, factory waste, and other runoff produced by large cities. The toxins then accumulate in their fatty tissue, and if the fat is metabolized, those toxins then flow through their body and cause damage.

Placing orcas in captivity is yet another issue because it not only harms the pod’s structure but robs them of the chance to live the life that nature intended. In the wild, orcas live an average of 30-50 years, though they can live to be 60 or older. In captivity, the average lifespan is 10-25 years. For a captive orca to swim a distance the equivalent of what it would in the wild —  up to 100 miles per day — they would need to circle their tank 1,400 times. Even those who have a companion in their tank don’t get to experience the deep, complex relationships they would have in a wild pod.

Orcas belong in the wild where they can leap freely through the water, foraging for food with their pod, and enjoying the companionship of their family. And just like other marine and land animals, humans included, they deserve to have a safe and clean environment. 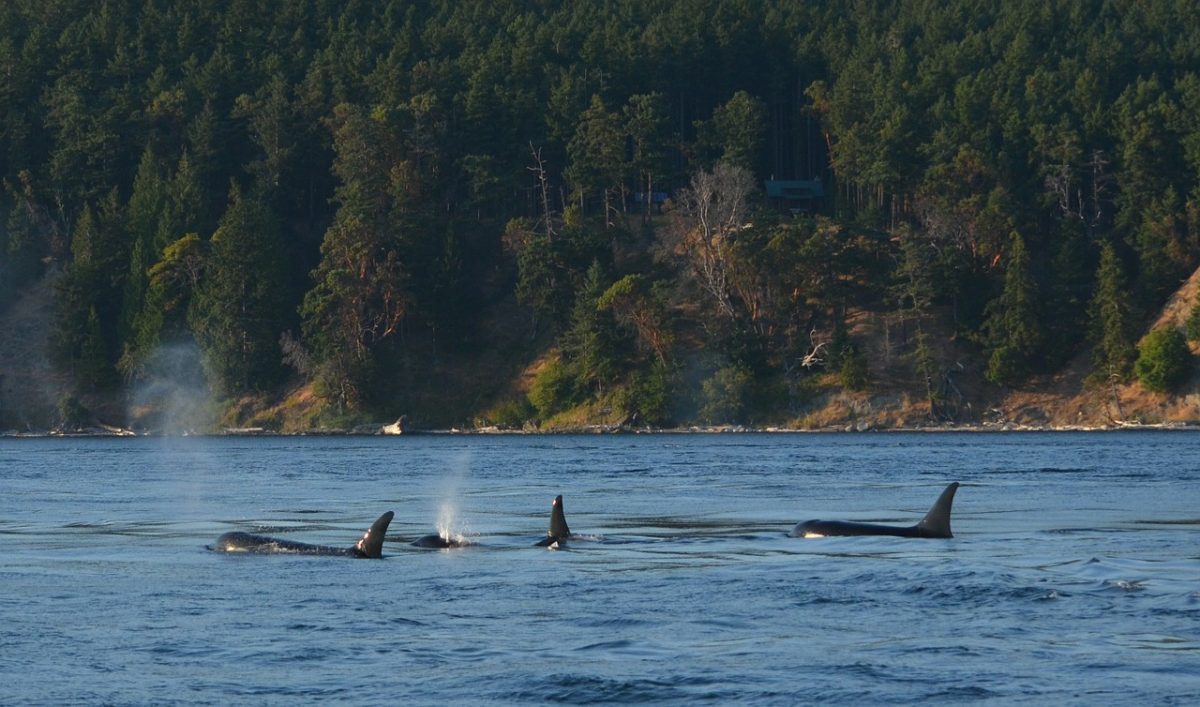 Animals feel pain and suffer, and they are capable of grieving and showing affection. They deserve happiness just as much as we do. Perhaps if we take a moment to see orcas and other animals as we see ourselves, we will begin to realize they deserve more and begin doing everything we can to help protect them. Here are a few simple ways you can help protect orcas and other marine life:

Being publicly-funded gives us a greater chance to continue providing you with high-quality content.Click here to Support Us
Advertisement
Advertisement