These 5 Barbaric Animal Uses are Now Banned –– What’s Next? 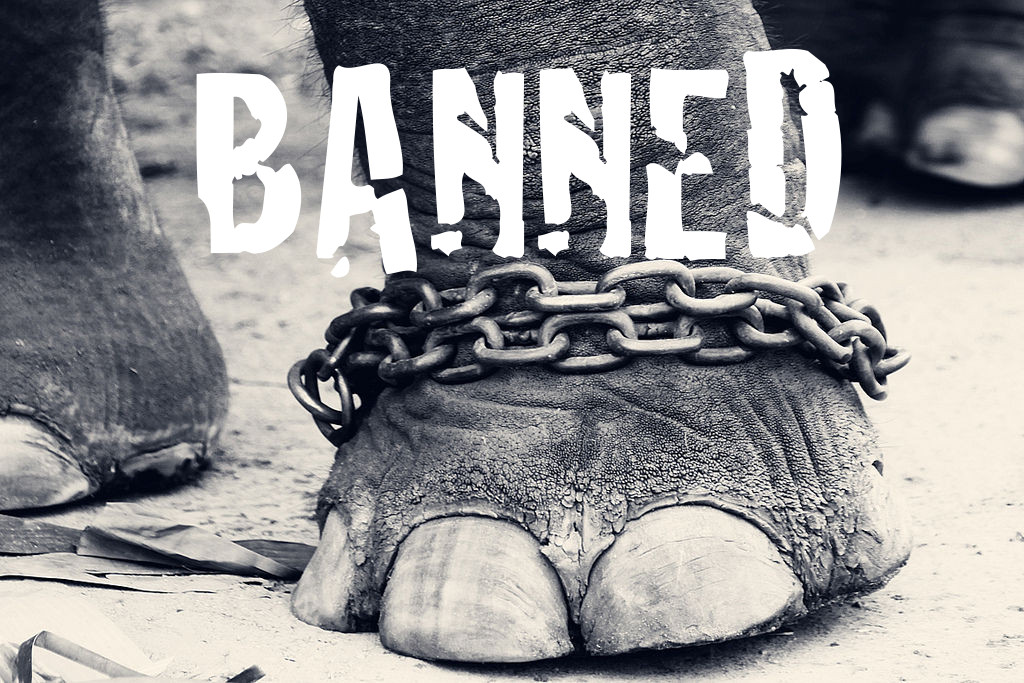 We believe that it’s important to talk about how the world is getting better, as well as report on wrong doings. Most of us visited zoos and aquariums when we were little and thought that these places were fun. Over the years, we educated ourselves and decided otherwise. This means that other people can also change their views, if they take the time to really think about these practices.

As we strive for a cruelty-free world, here are some hopeful examples to keep in mind of barbaric animal uses that are now banned. These victories demand celebration, and certainly show that things can actually change for the better given some time and a whole lot of effort by both nonprofits and individuals alike.

1. Cockfights Banned in Countries Across the Globe!

This blood sport has existed for over 6,000 years, and was widespread in the past from the old land of Persia to Asia and all the way to Europe. Even today, cockfighting is popular in some countries, especially those in Latin America and Asia, but other countries have thankfully cracked down this cruel “sport.”

For example, in 1835, England and Wales passed the Cruelty to Animals Act, making cockfights illegal. Scotland joined in 60 years later in 1895, and cockfights were officially banned throughout the U.K.

In Spain, it is also forbidden to hold cockfights (except Andalusia and the Canary Islands, and France has banned the practice as well in most areas, except where it’s “traditional.” It’s funny how tradition makes it OK to perform cruelty, eh?

And the in the U.S., Louisiana became last state to make this “sport” illegal, and it is now banned nationwide (with the exception of the U.S. Territories).

2. Total Ban on Dissection in Israel!

Remember the ET scene, when Elliot releases the frogs in class? Thirty years later, around 10 million animals are killed in classes each year in the U.S. alone, though there are plenty of practical substitutes. One country that has completely banned the use of animals in classrooms is Israel, where there has been a total ban on dissection since 1999. The Education Minister at the time, Yossi Saridm was quoted saying, “It is more important to teach the students in Israel compassion towards animals, which will produce more compassion towards human beings.” Around 10,000 people wrote the minister, asking him for a complete ban, and that was way before online petitions – we’re talking snail mail here! Thankfully, the minister listened and dissections have been banned ever since.

3. Rabbit and Fox Hunting with Dogs and Horses Gone in the U.K.!

There are 20,000 foxes brutally hunted each year in England and Wales alone. We’ll spare you the gory details and just say we’re glad that’s over with. In September 2001, Scottish citizens could still drive down to England and use dogs for fox hunts. But when England and Wales joined in 2004, fox hunting with dogs was completely banned in the U.K.

Bullfights are often thought of as a Spanish symbol, but in reality it’s a redundant and cruel sport, which takes the lives of over 13,000 bulls each year. According to animal protection agencies, these are the official numbers, but the real death toll is three times as high. To put an end to this terrible practice, activists lobbied against it and collected 180,000 signatures in a petition against bullfighting. This petition, along with large demonstrations and lobby work, helped pass a vote to end bullfights in Catalonia, Spain in 2011.

A few years later, the state of Senora in Mexico became the first in the country to ban bullfighting. The state’s government got the message after more than 18,000 people demonstrated against the fights at the local stadium in May 2013 — just another great example of how going out into the streets can pay off for the animals!

Circuses using live animals seem like something out of Boardwalk Empire, where “curiosities” are displayed in shops. But sadly enough, they are still very common. However, since the cruelty in circuses cannot be disregarded entirely, certain countries decided to ban circuses using wild animals, or animal circuses generally.

While animal circuses are still unfortunately allowed throughout the U.S., reason and compassion has won over England. The country announced it would ban all wild animals from circuses this past October. Woohoo! One month later, the Spanish Catalonian region passed a bill against the use of all animals in circuses. Chances are that Catalonia will become animal-circus-free very soon.

Earlier this year in July 2013, a bill against wild animal circuses was passed in Belgium, who joined the ranks of Croatia and Austria in banning wild animals in circuses. Cyprus, Greece, and the city of Tel Aviv in Israel have complete bans on animal circuses as well.

Though these victories might seem small in the overall scheme of things, they are extremely meaningful: they not only bring animal rights into the mainstream media and into the hearts and minds of people everywhere, but they also save lives. And we all know that each life matters. Want to hear more good news? Check out some amazing U.S. victories. And then be sure to find out how you can help make more victories happen right here.