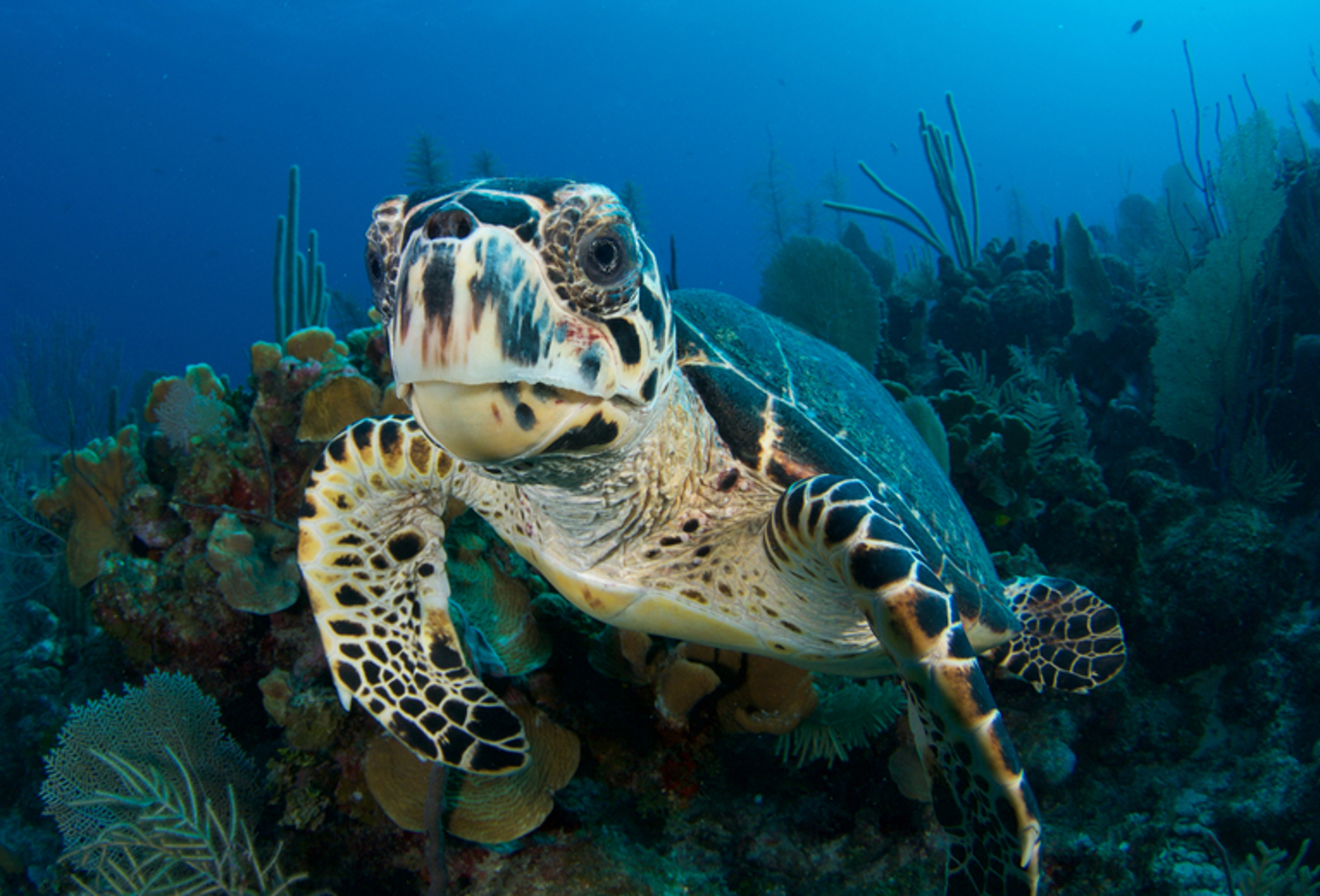 Man’s continued reign over the animal kingdom has led to quite a few ecological disasters along the way, with some species like the thylacine, or Tasmanian tiger, being driven outright into extinction. Unfortunately, this trend shows no signs of stopping anytime soon. Despite the best efforts of conservationists everywhere, the Hawksbill turtle has already become critically endangered, which means that there are all but a few thousand remaining specimens in the world. 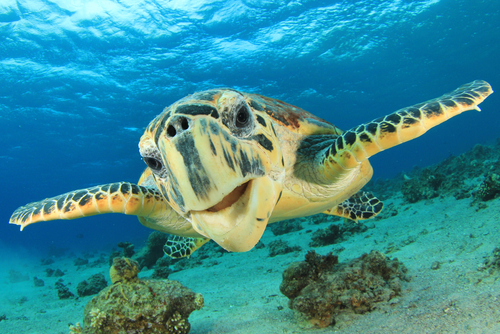 How did we get here? Well, it appears that the usual suspects are all in play:

The Hawksbill turtle is especially prized for its shell, which can be turned into various jewelry items and ornaments. Additionally, its eggs and meat are considered veritable delicacies among connoisseurs, and there is even a substantial market for stuffed juvenile turtles. In these circumstances, it’s no wonder that the number of Hawksbill turtles keeps dwindling, with official estimates indicating an 80 percent reduction in total population over the last three generations.

Like many animal species, the Hawksbill turtle depends on its natural habitat in order to survive and perpetuate. The coral reef systems that act as natural feeding sites for these turtles have been hit particularly hard by pollution and unlawful harvesting, leading to the starvation of many turtles. If you’d like to witness these wondrous creatures up close, places like Layang Layang Island where the coral system is still mostly untouched offer many diving opportunities that revolve around seeing Hawksbill turtles in their natural environment.

As the elephant in the room when it comes to most environmental problems, climate change is also the root cause of many issues afflicting the present-day Hawksbill turtle population. With average temperatures continuing to increase on a global level, ocean levels will rise accordingly, leading to an increase in storm frequency. This, in turn, leads to the erosion of beaches where Hawksbill turtles lay their eggs. What’s more, even a slight increase in sand temperature can lead to massive population imbalances, since the gender of the turtle hatchlings is determined by incubation temperature.

What is Being Done? 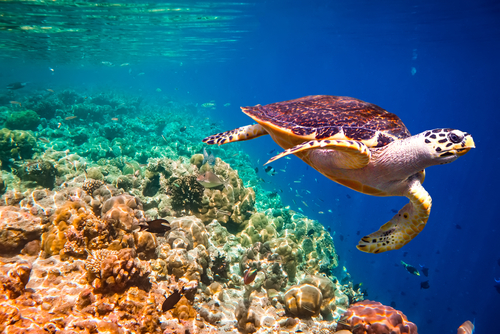 Needless to say, when faced with such dangers, our only hope lies in taking swift and decisive action on multiple fronts. The World Wildlife Fund has several strategies in place devoted to the protection of marine turtles. These include monitoring the migration patterns of various individuals and taking steps to protect traditional nesting sites through sustained volunteer work. Since the species is listed as Critically Endangered by CITES, anyone involved in the traffic of Hawksbill turtles is liable to be put behind bars. It is believed that by creating new sites where the Hawksbill turtle can thrive as well as by furthering all attempts to stem the tide of illegal trade we can set a sustainable long-term protection strategy in place for these beautiful creatures.

What YOU Can Do

However, aside from the actions taken by various conservationists, the regular individual also has an important role to play in ensuring the survival of the hawksbill sea turtle. Whether you live in an area where such turtles reside or simply travel to a place like that, there are certain steps you can take to prevent further damage.

First off, reducing the amount of garbage you leave behind leads to fewer chances of sea turtles becoming entangled in plastic both on the shore and in the water. Secondly, you can also try to turn off any lights that might be visible from the beach. Turtles rely on moonlight to find their way to the water at night. Artificial light can disrupt their path and cause them to wander into dangerous situations instead of heading towards their target. Finally, anyone who is truly committed to the cause of preserving Hawksbill turtles would do well to enter a volunteer program that focuses on protecting them. You don’t even have to live in a location where Hawksbill turtles are present. Instead, by providing valuable financial assistance from afar, you can provide a helping hand to aid dedicated organizations in their conservation efforts.

As you can see, things may look fairly bleak at the moment, but there is hope yet that we can turn the tide and save this beautiful species from extinction. Significant conservation strategies employed alongside more traditional grassroots efforts are the key to preserving the environment in which Hawksbill turtles thrive, therefore ensuring their continued existence for many years to come.