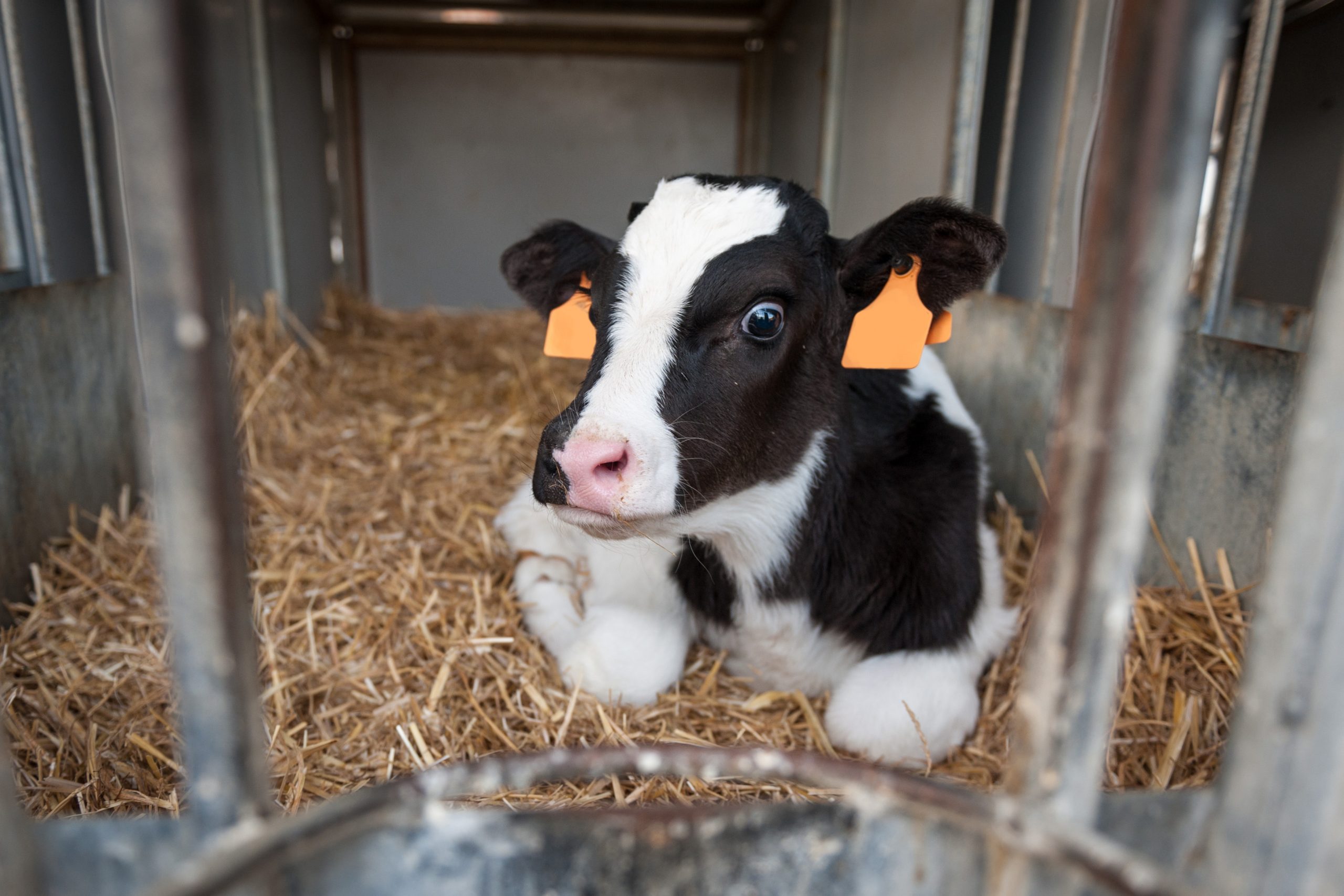 In an effort to decrease travel time for calves shipped to slaughter in mainland Europe, Ireland has announced plans to experiment with exporting the young animals by airplane. While this proposal will significantly decrease mortality rates and the inhumane conditions that animals face on ships during long-distance live exports, animal advocates are still upset by the idea of frightened animals being subjected to long and stressful airplane rides for the sake of increasing agricultural export revenue.

“Flying calves sounds horrific,” says Caroline Rowley of Ethical Farming Ireland in an interview with The Guardian. “I don’t understand the logistics. It’s still going to be a long journey of turning up to the airport, unloading calves from trucks into pens. It’s noisy in the plane – there’s air pressure changes and turbulence. Flying them is avoiding the fundamental issue: we are producing too many animals.”

Dairy farming is a booming industry in Ireland, and like any mammal, cows must first become pregnant and deliver a calf to lactate. Bull (male) calves do not produce milk, and are widely unwanted by the dairy industry; because dairy cattle breeds such as Holsteins and Jerseys grow far too slowly and lack the thick physical structure required for efficient meat production, male calves are considered a waste product in many regions of the world. An estimated 30,000 bull calves are slaughtered in Ireland every year, while an additional 200,000 are exported for veal production to other countries. Many of these calves are under just 14 days of age when they endure this journey.

Undercover investigation footage from the organization Compassion in World Farming revealed unweaned calves in transit from Ireland for up to 27 hours without access to milk, with several of the infant animals perishing along the treacherous ride.

The first trials of shipping calves to Europe by airplane are expected to occur between March and April this year; calves used in the experimental process are said to be between two and six weeks of age.

While the new change in method of transportation is expected to improve animal welfare during live export, farmed animal advocates are calling for an end to the live export trade in its entirety rather than attempting to make small improvements in a system that is inherently cruel. Calves shipped by plane rather than boat will still be separated from their mothers at birth, will still endure the stress and confusion of travel, loading, and unloading, and will still be sold to European veal farms where they are often confined to small, indoor spaces before being slaughtered at a young age. While plane exports will decrease the mortality rate and long-term animal stress, they will not resolve the issues that create the need for exports of underaged calves in the first place. Ultimately, regardless of the length of travel, calves arriving in mainland Europe will find themselves sold into confinement in the veal industry.

Whether shipped by plane or boat, animal advocates argue, the industry of live export- which goes hand in hand with the dairy farming business-  is inhumane at its very root.

For more Animal, Earth, Life, Vegan Food, Health, and Recipe content published daily, subscribe to the One Green Planet Newsletter! Lastly, being publicly-funded gives us a greater chance to continue providing you with high-quality content. Please consider supporting us by donating.