4 Reasons Zoo Elephants in America Will Soon Be a Thing of the Past! 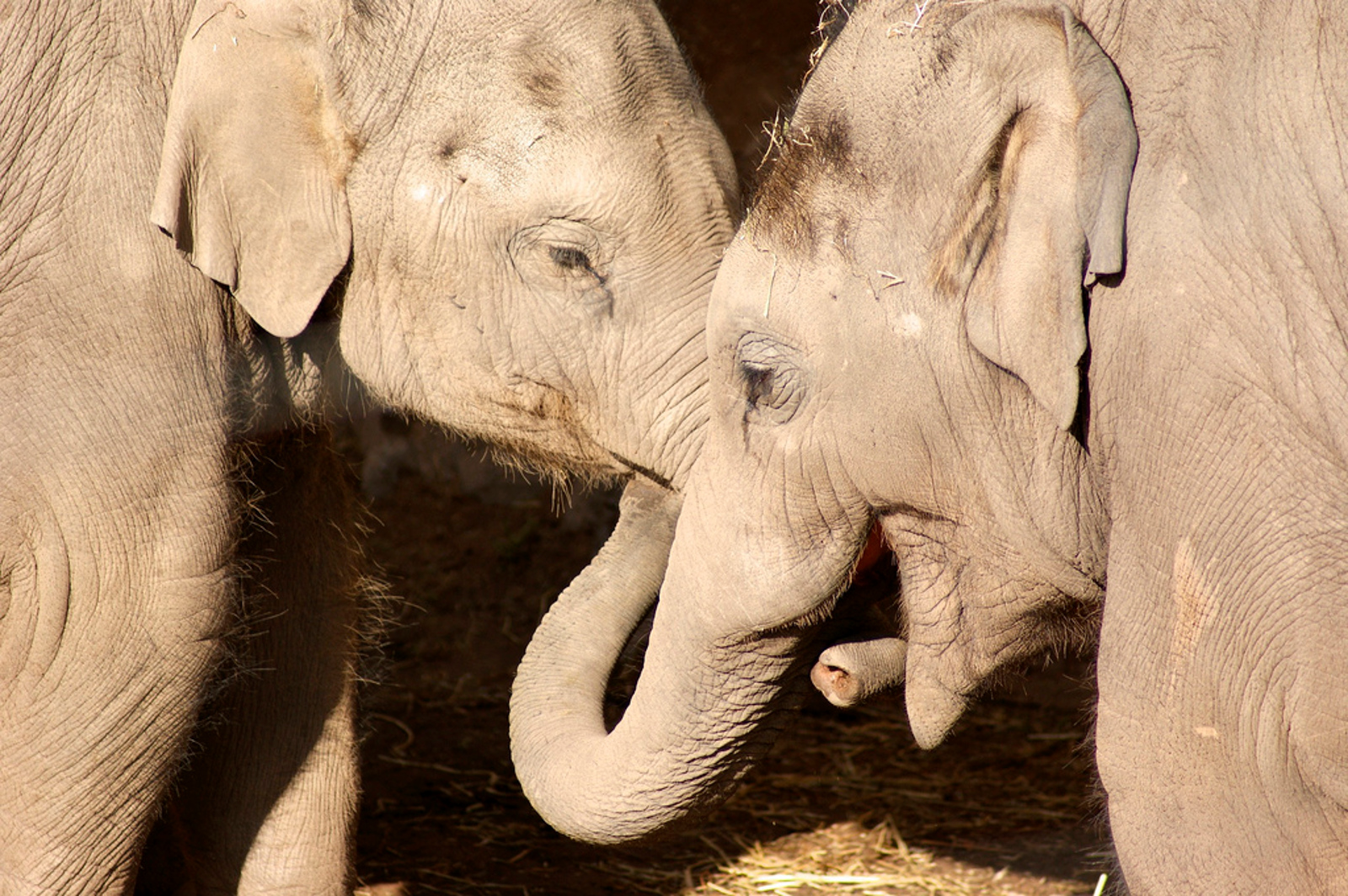 The Association of Zoos and Aquariums (AZA) announced they will begin to enforce new standards requiring all AZA-accredited facilities to have at least three elephants in a single exhibit by 2016. Many zoos keep solitary elephants, due to the social nature of these animals, housing them alone is exceptionally cruel. With the new AZA standards, zoos with a “herd” of less than three elephants will be forced to move their animal(s) to sanctuaries or facilities that can accommodate them.

Changes like these reinforce how drastically the public’s perception of animal welfare has changed over the past decade. With the knowledge we’ve acquired it’s apparent now more than ever that highly intelligent animals, capable of a range of emotions similar to humans, simply do not fare well in captivity.

These new standards being implemented by the AZA are a step in the right direction as it forces facilities to reevaluate and better the living conditions for the animals in their care, but it also reinforces what many have known for years: AZA-accredited institutions with elephant exhibits have been failing at keeping their animals stimulated and, for lack of a better word, happy in captivity.

Here are a few (of many) reasons that prove keeping elephants in zoos should be a thing of the past:

In the wild, elephants live in matriarchal family groups, always lead by the oldest female elephant in the herd. According to International Fund of Animal Welfare (IFAW), the matriarch of each herd delegates decisions for the herd, such as, where the family eats, where they spend time and how long they’ll stay in one area. Elephants in the herd gain experience and knowledge from the matriarch, and studies show that herds with older (and wiser) matriarchs have more reproductive success. For wild elephants, this social structure is natural and imperative to the success of the herd.

In captivity, elephants are, to some degree, indispensable. They’re moved around to different facilities and forced to live with unfamiliar elephants. Other elephants are forced to live alone. Elephants rely on their social structure to learn everything from how to properly interact with other elephants to how to care for their young. Most zoo elephants are taken from their family herds at a young age and never learn these skills in captivity which can lead to social stress. Some zoo elephant mothers even abandon their babies because they don’t know how to care for them.

Elephants in captivity exhibit stereotypic behaviors due to boredom and frustration. They commonly display these behaviors through the act of swaying back and forth (weaving), sometimes using their entire bodies and other times swaying only their heads.

A recent study from the AZA found that  two-thirds of captive elephants exhibit stereotypic behaviors such as head bobbing, weaving, and swaying. While this weaving may not be (physically) harmful to an elephant, it’s indicative of deep mental unrest.

Zoos aren’t capable of providing acres of land for their elephants the way sanctuaries like PAWS or The Elephant Sanctuary can. For this reason, many captive elephants spend their time standing on hard concrete and suffer from arthritis and foot infections.

An End in Sight

We’re thrilled that the AZA’s new standards will force facilities to improve living conditions for captive elephants and in many cases, move the elephants to sanctuaries. Some zoos continue to stress that captivity is necessary to conserving wild populations; but the answer to saving the remaining elephants is not in keeping them in zoos, nor is it in taking more individuals from wild populations.

Perhaps, instead, the answer lies somewhere in between conservation and in allowing the remaining animals in captivity the chance to live the most natural life possible. The life many of them used to know.

After all… elephants never forget.