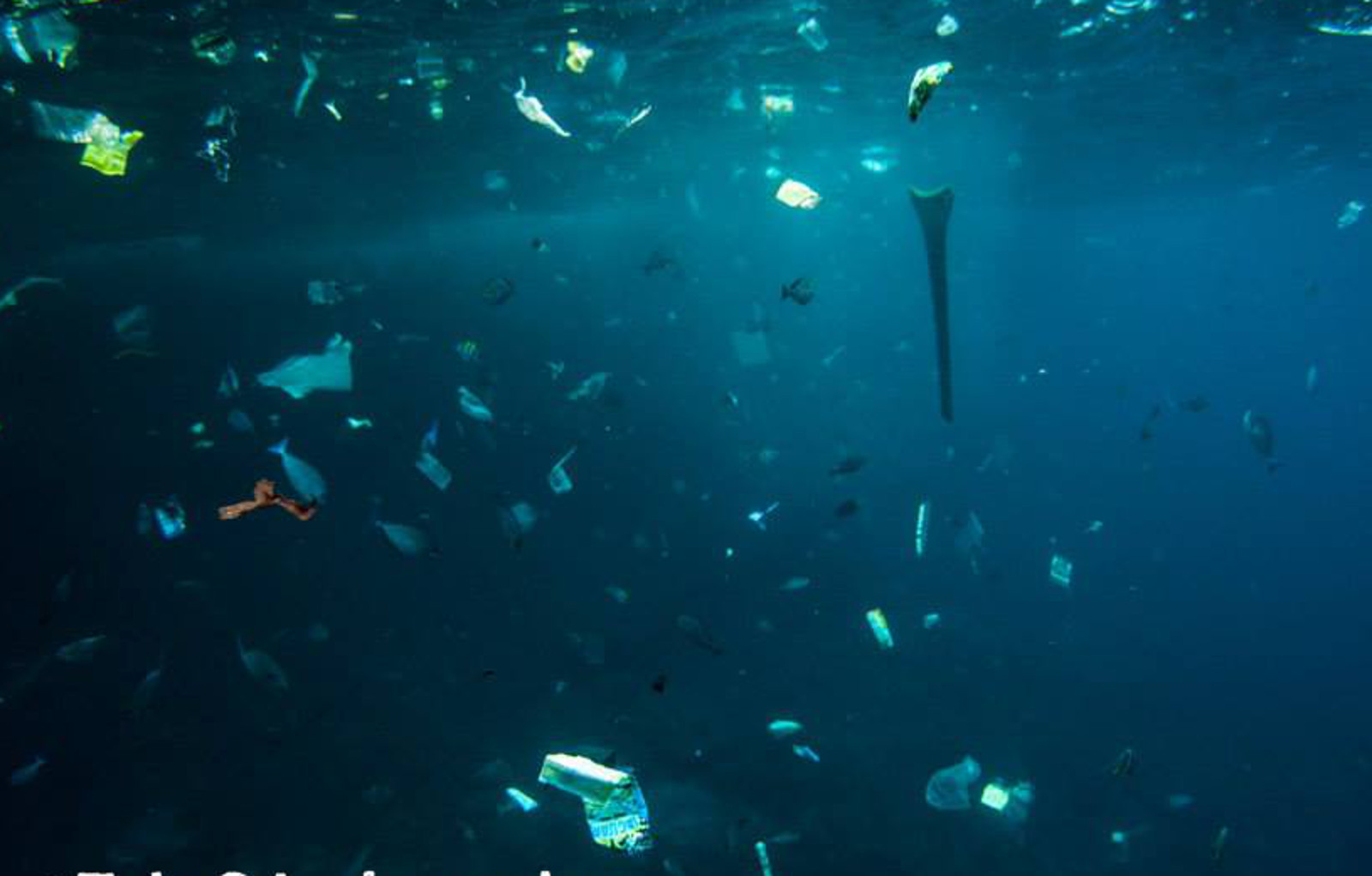 Think about your typical day. How much plastic disposable plastic do you use? Maybe you grab a water bottle or juice in the morning, get a plastic to-go container for lunch, and somehow college a few straws and plastic bags along the way. Chances are you encounter disposable plastics at least a few times a day and don’t give it much thought, but maybe you should.

There are currently 270,000 tons of plastic debris floating on the surface of the world’s oceans. Sadly, when you throw away all those bits of plastic throughout the day, that’s where they end up. Not only does this mean that our oceans are riddled with garbages, but also that all the marine species who call the oceans home are endangered by our pollution. An estimated 700 marine species are in danger of extinction due to the threat plastic poses in the form of entanglement, ingestion, and general pollution.

While on a recent trip to Nusa Lembongan, off the coast of Bali, photographer Nick Pumphrey got to see some of this plastic pollution up close and personal.

Pumphrey is an ambassador for Take 3, a non-profit focused on raising awareness for oceanic pollution. When he set out for a dive in Nusa Lembongan, his initial intent was to capture images of Manta Rays. 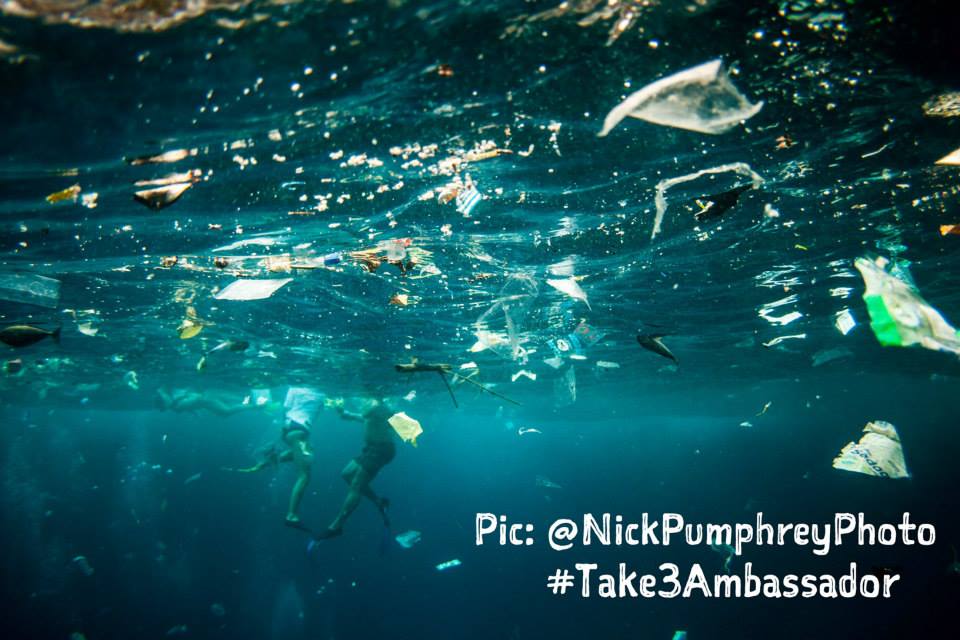 But as soon as Pumphrey dove underwater, it became clear that there was something a little more shocking lurking below the surface. 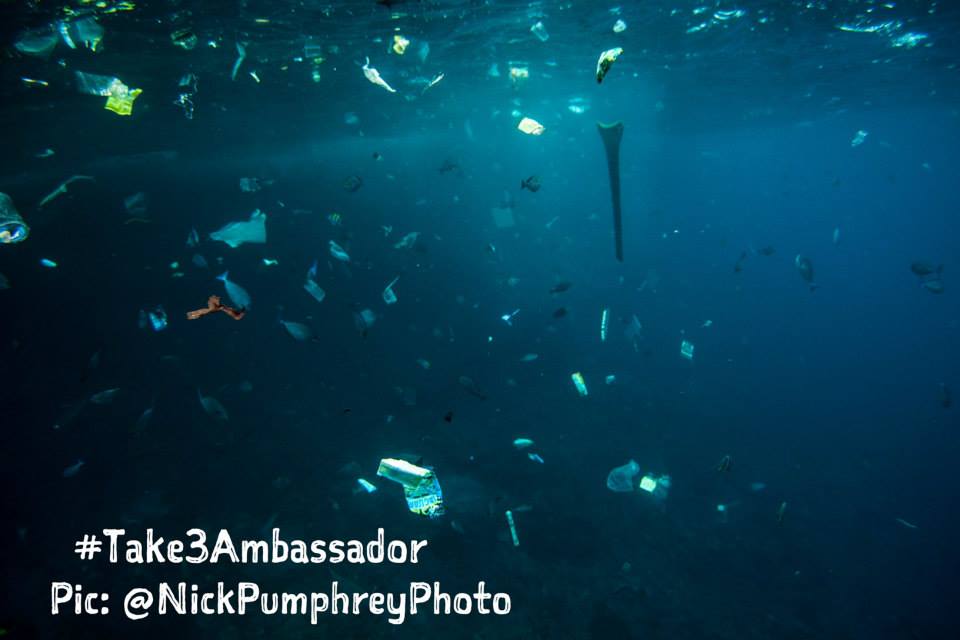 After asking a local captain if this sort of pollution was normal, Pumphrey was told that the recent rains had washed the majority of the waste into the water. 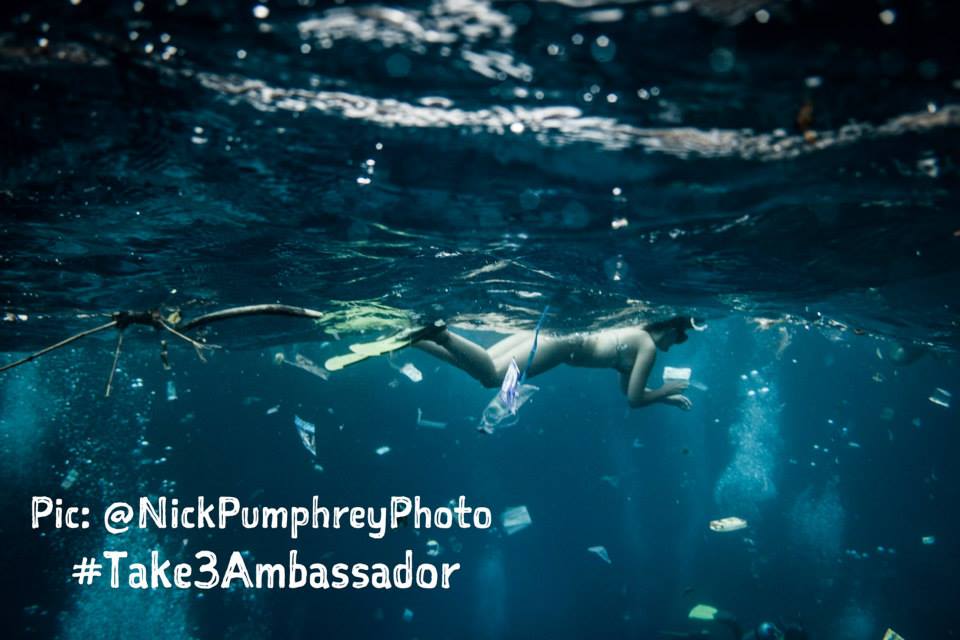 Pumphrey did manage to snap a picture of a Manta Ray, but its presence is somehow overshadowed by the garbage. Remember, just because you throw something away does NOT mean that it goes away. 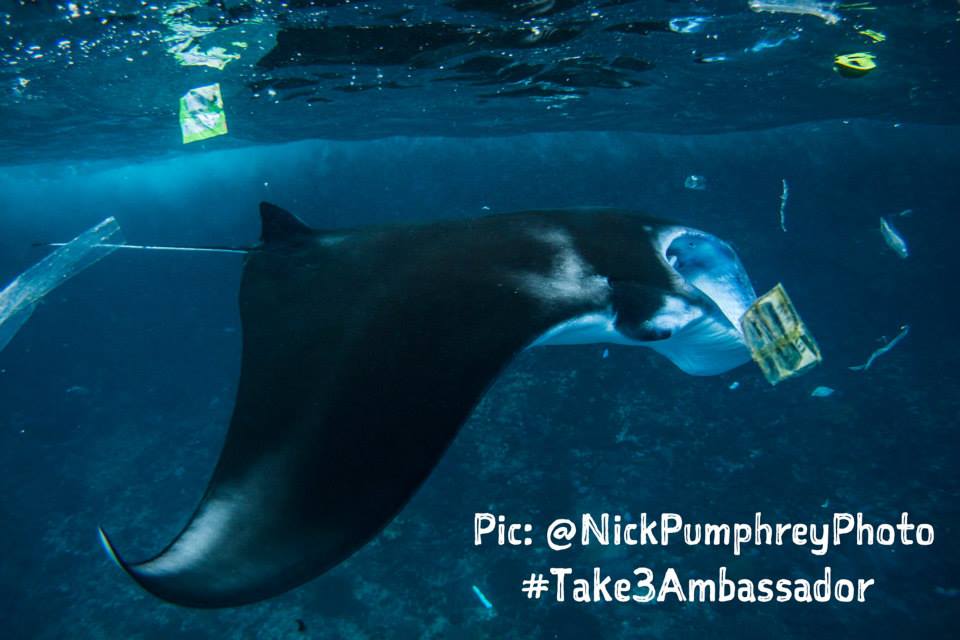 Let’s #CrushPlastic! Click the graphic below for more information.