Wake Up People! Our Growing Trash Problem is Harming Marine and Land Animals (Including Us) 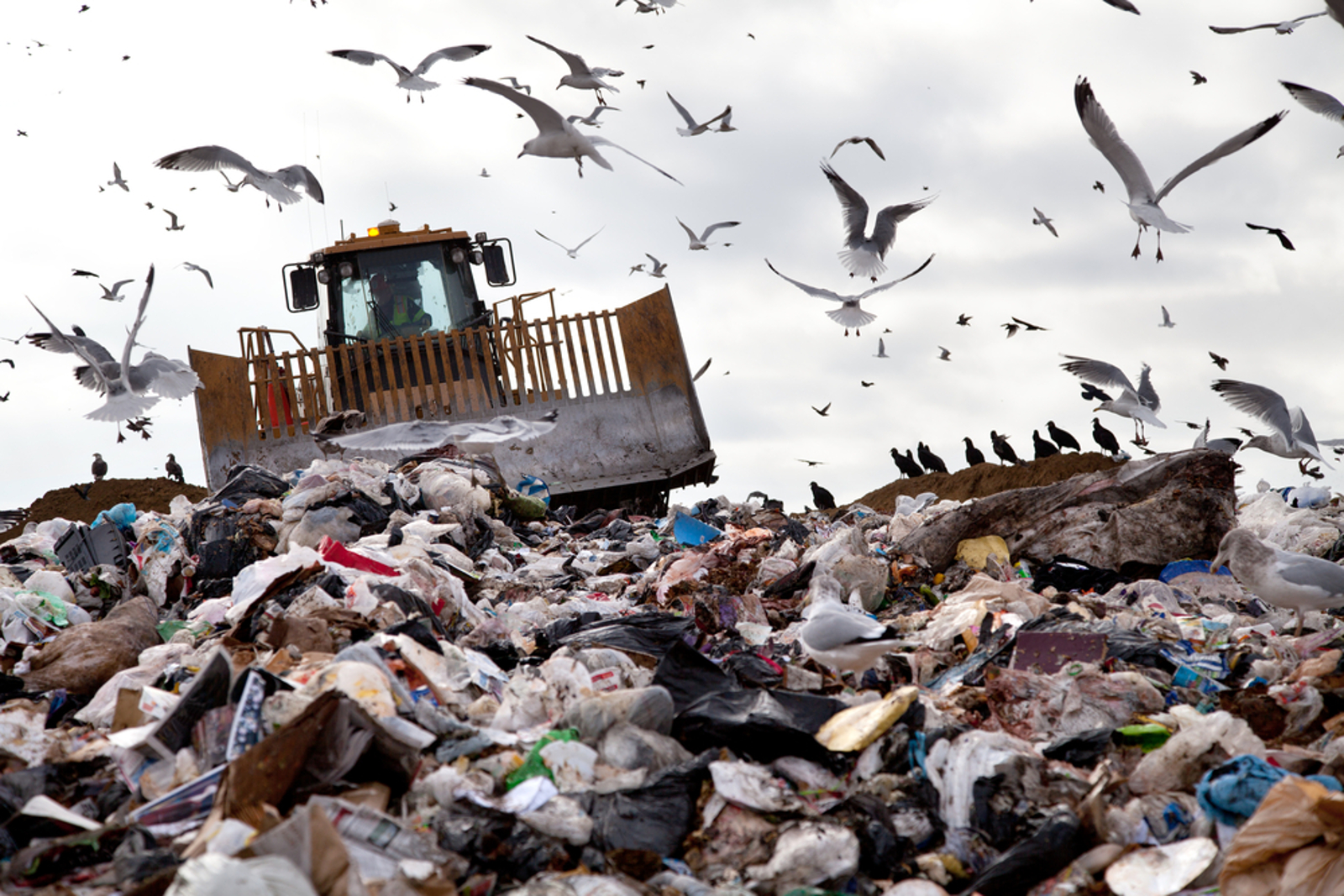 The world is expected to produce approximately 2.6 trillion pounds of garbage by the end of this year, a figure equivalent to the mass of 7,000 Empire State Buildings. Whether residential, industrial, or commercial, most of this trash (59 percent) goes directly to landfills, where it is covered with soil and compressed daily. While some corporations have found various uses for old landfills, in most cases, the garbage that is deposited at these sites remains there for an indefinite amount of time.

We already know one way that landfills affect our environment, with the methane emissions from degrading materials contributing directly to the greenhouse effect. In fact, landfills are among the largest anthropogenic sources of methane, along with natural gas operations. But how do landfills – and our growing production of trash, in general – affect our environment on a smaller level? Do they impart any effects on the health and behavior of wildlife?

Landfills serve as the final resting place for plastic bags, food scraps, pharmaceuticals, and personal-care products (e.g. body lotion, shampoo, cosmetics). The large proportion of landfills comprised of food (approximately 46 percent) has served to attract a number of bird species, causing some – such as the white stork, a species native to Spain and Portugal – to even forgo their yearly winter migrations and congregate around landfills instead. Aldine Franco, a professor at the University of East Anglia in the United Kingdom, said, “We think these landfill sites facilitated the storks staying in their breeding sites all year because they now have a fantastic, reliable food source all year round.” Since 1995, the number of birds in Portugal skipping their winter migrations to feast on landfill scraps has risen from approximately 2,000 to nearly 14,000. The long-term health effects of ingesting these food scraps are currently unknown; as such, this comprises an important area for future research.

What About Marine Life?

According to a 2014 study, approximately 8.8 million tons of plastic enter the ocean from the land every year. Unfortunately, this poses a huge danger to coastal and marine species – while the white stork finds sustenance in thrown-away food scraps, marine species often become entangled in the floating trash or mistake it for food, which can lead to drowning. Even in the Papahānaumokuākea Marine National Monument, a protected marine reserve off the Hawaiian coast (which was recently quadrupled in size by President Obama), endangered species such as the green sea turtle and Hawaiian monk seal are being threatened by floating currents of garbage.

It is not only the large pieces of trash that pose a risk to marine life. Plastic does not biodegrade; rather, it is broken up into microscopic particles over time through exposure to the sun’s light and heat. These particles can easily be ingested by filter-feeders and birds, filling their stomachs and leading to starvation. It is currently estimated that around 700 marine species are in danger of extinction due to plastic pollution.

Groundwater Pollution – a Threat to Humans and Animals

One of the most worrisome aspects of garbage disposal is the production of leachate. Leachate is the byproduct of landfill percolation by water – as water passes through the many layers of a landfill, it absorbs thousands of soluble chemicals from products including pharmaceuticals, plastics, and house-cleaning products. The solution produced through this process is then liable to leach into groundwater supplies and nearby bodies of water, creating a host of health problems for humans and animals alike.

Contamination of water sources by leachate has been shown to lead to a reduction in bird populations, feminization of male fish, and an increased incidence of cancer among bottom-dwelling fish. As a result of drinking contaminated water and eating fish from leachate-containing rivers, many bird species have experienced a thinning of their eggshells (and consequent death of the developing chicks), a phenomenon first brought to public attention by Rachel Carson in her renowned environmental text Silent Spring.

In addition, scientists have observed feminization – the development of female physiological characteristics in male fish – in several species living in contaminated bodies of water. This has been attributed to the hormone-like actions of many commercial and industrial chemicals (“endocrine-disrupting chemicals,” or EDCs) that leach out of landfill waste. A wealth of research suggests that many of these chemicals also have carcinogenic properties, contributing to the development of tumors in bottom-dwelling species.

What Can You Do to Stop This?

While the problems associated with ever-growing landfill waste are daunting, there are many things we can all do to help. Here are a few things you can start today!

To learn more about the effects of our excess garbage production on terrestrial and marine ecosystems, take a look at the articles below: