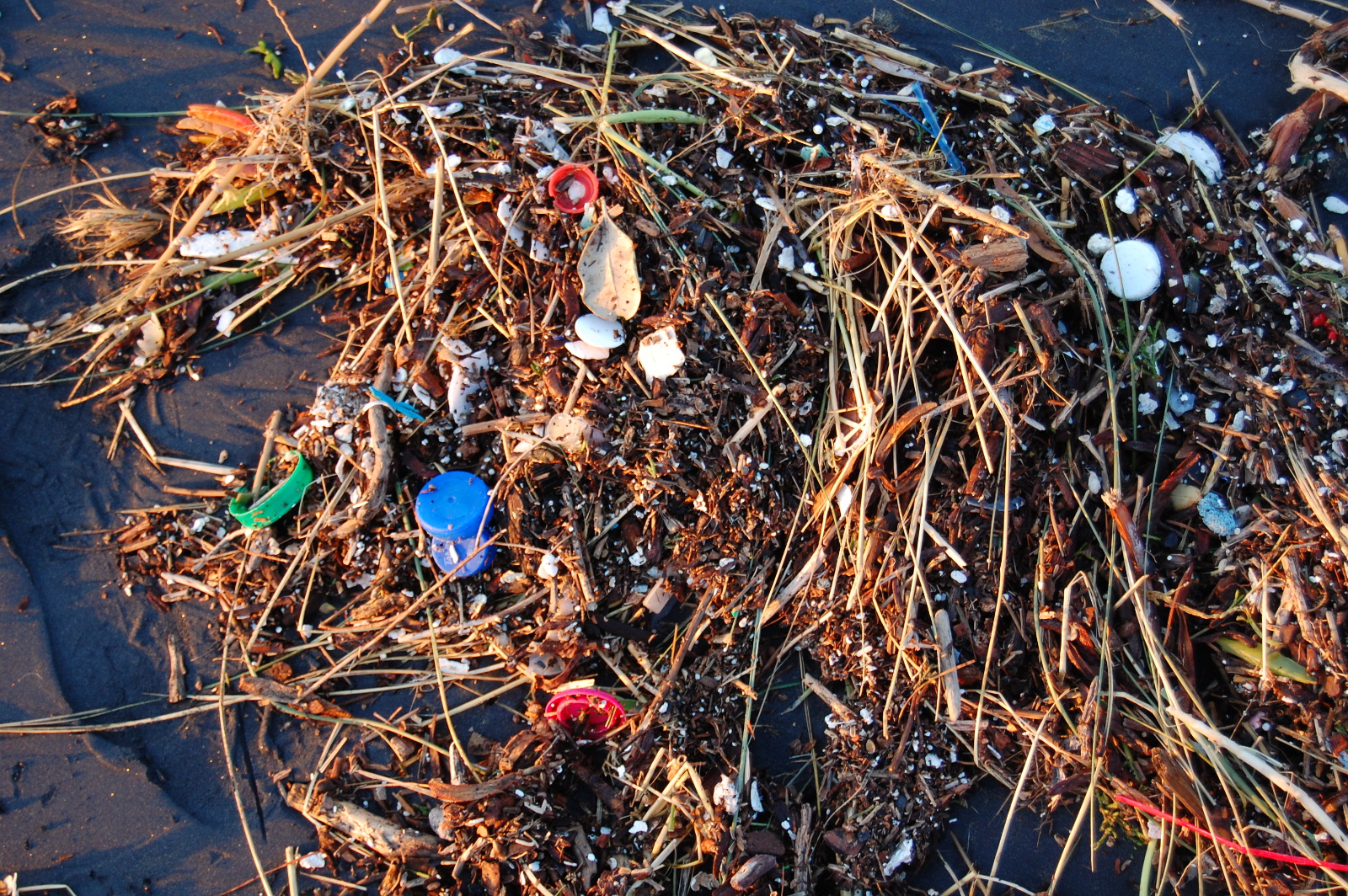 In our modern-day society, there are few materials more ubiquitous than plastic. This synthetic material is used to wrap just about every product you can imagine – Whole Foods even came under fire earlier this year for selling plastic-wrapped oranges (which kinda defeats the purpose of them having natural wrappers in the form of their tough peel). It can be extremely difficult to cut it out of our lives altogether … but it is important, for many reasons, that we try.

Three hundred million tons of plastic are consumed every year, but only 15 percent of it is recycled. The rest of it typically goes straight to landfill, where it causes serious problems for land animals and local people, as it is commonly mistaken for food by animals, and also leaches toxic chemicals into the surrounding soil. Animals who encounter land-based plastic often end up being seriously injured, or even dying, as a result of ingesting or becoming entangled in it. Sadly, an estimated 8.8 million tons of plastic finds its way into the oceans every year, where the risk of plastic ingestion and entanglement is threatening 700 marine species with extinction.

The amount of waste that we collectively send into the oceans has reached such epidemic proportions that a number of “trash islands” have formed in certain areas. The most well-known of these is the Great Pacific Garbage Patch, which is already twice as large as the entire state of Texas. Considering the fact that many forms of plastic do not biodegrade for up to a thousand years, the problem is only going to worsen unless we figure out how to reduce our consumption of plastic and seek out more planet-friendly alternatives instead.

Below, we outline how you might be sending unnecessary plastic items into the oceans without even realizing it … and how you can begin to change those habits.

One of the biggest contributors to our waste problem is our rampant usage of single-use plastic items that see the light of day only once before being throwing away for good. Over the last 25 years, more than 6 million straws have been found during annual beach cleaning events around the world. Every time a drinking straw is offered to us in a restaurant or café, we can make a difference simply by saying “no.”

Microbeads are – as their name suggests – tiny plastic beads that are often added to cosmetic items such as face wash or skin exfoliators. They are small enough to escape most water filtration and treatment systems … which unfortunately means that they end up being washed out into the oceans. A 2015 study published in the PLOS One science journal estimated that these beads’ total weight in the oceanic environment could be around 35,550 tons. At the end of last year, President Obama signed an official ban on microbeads that will force cosmetics companies to take them out of their lines by July 2017. In addition, all products containing microbeads must be removed from retail shelves by 2018. However, it will take some time for the effects of this ban to become apparent. In the meantime, it is vitally important that we avoid purchasing any products that contain microbeads.

Polyester, elastane, nylon, and acrylic are some of the most popular clothing materials in use today … but what many people do not realize is that these fabrics are made entirely out of plastic: tiny, minuscule fibers of plastic that gradually disappear from your garments with every wash, to be precise. About 1,900 plastic microfibers are lost from a garment during one wash. This is partly why synthetic clothing gradually loses its shape and elasticity as time goes on. Like microbeads, these tiny fibers are small enough to escape most water filtration and treatment systems, and almost invariably end up causing havoc in the oceanic environment. One effective way to combat this is to wash synthetic fibers sparingly (or preferably avoid them altogether) and opt for natural materials such as cotton, linen or flax when shopping for clothes.

Is There Any Hope for Our Oceans?

Sadly, experts predict that if we continue with our current plastic consumption rate, the oceans will contain more plastic than fish by the year 2050. So, how can one person start making a difference? Plastic is undoubtedly difficult to avoid, but by making a few simple changes to our everyday lives, we can help ensure that the mountains of waste that we send into the oceans every year do not get the chance to destroy all forms of marine life as we know them. Getting rid of single-use plastic items and bottles would be a fantastic place to start.

Another way that we can help make an enormous difference is to discover creative methods of re-using the unavoidable plastic materials in our lives. Sometimes, we are unable to steer clear of important items such as medication or personal care products that can only be obtained in plastic containers, wrap, or cases. When this occurs, we can always find ways to “up-cycle” those items and store them away, ready to be used for a new purpose. For example, rather than throwing away old plastic wrap, we could store it and re-use it to pad a fragile gift or parcel in future.

The scale of plastic usage that we have reached in the second decade of the twentieth century has been unprecedented. It may seem daunting to even think about cutting this material out of our lives, but it is important – for the sake of our planet’s future – that we try. To learn more about why you should reduce yor reliance on plastic, read the articles below.

If you’re ready to start cutting plastic out of your life, join One Green Planet’s #CrushPlastic campaign!

Let’s #CrushPlastic! Click the graphic below for more information.