How to Humanely Handle Bugs in the House 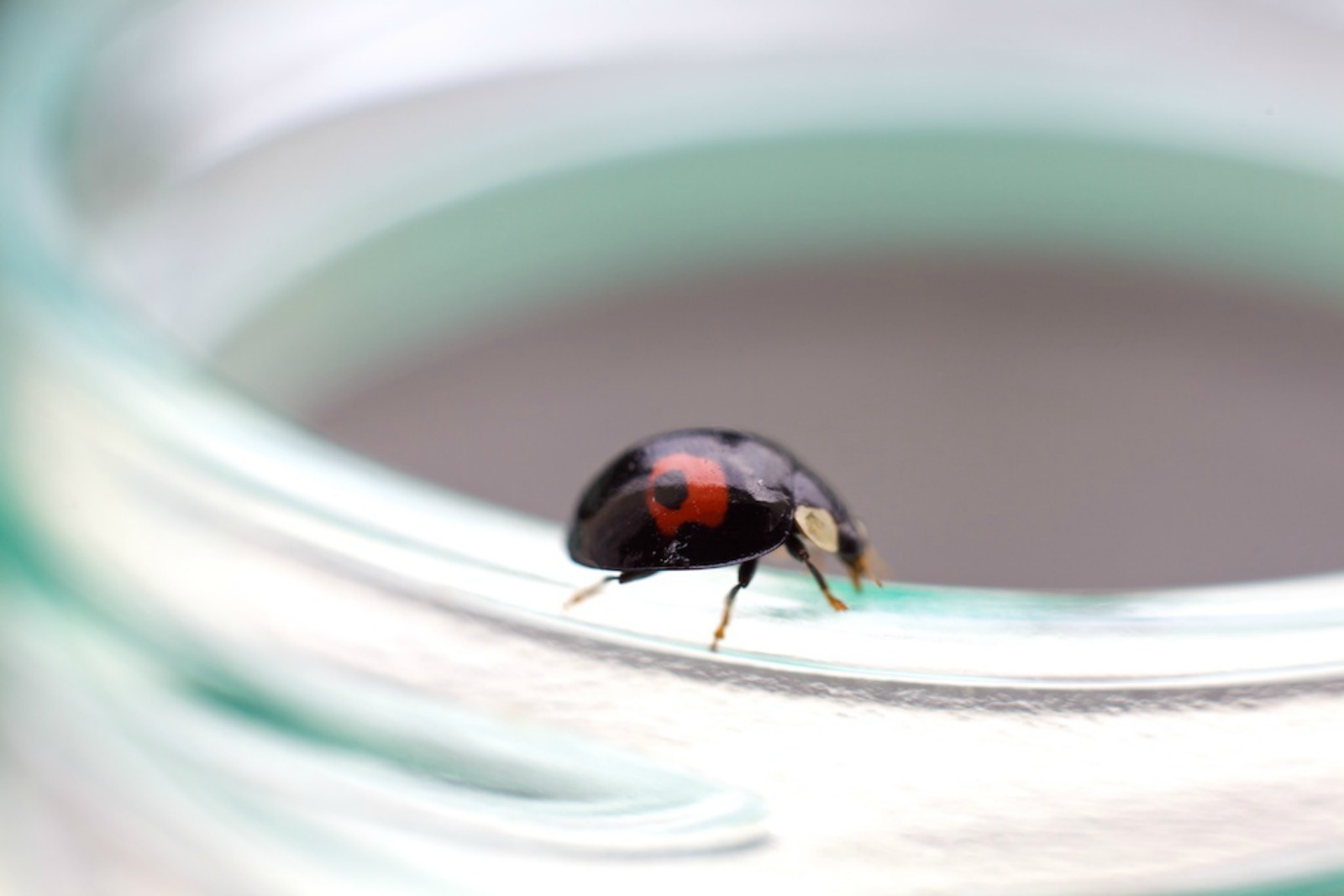 It’s one of those things I learned from my wife some years ago: Any animal, no matter how small, how short of a lifespan or how seemingly pest-like, is worth considering. The defining moment was when I watched her catching and releasing about a dozen fruit flies at a time, using a humane trap that consisted of a tiny bit of orange juice in the bottom of a jar, only enough so that they wouldn’t drown, and the patience to wait for a few to climb in. She’d ease a piece of paper over the top, carry the contraption outside, wait for them to go, and do it all over again.

To some people, myself included at that time, this seems extreme. But, Emma wasn’t asking for help, and she didn’t want the hundred or more flies hovering around our ripening fruit. So, she’d reached a compromise: They couldn’t stay, but she wasn’t going to kill them. In the years to follow, I’ve waged so many similar battles with ants, cockroaches, scorpions, spiders, wasps, termites … We spend a lot of time in the tropics, so, you name it and I’ve likely faced it.

And, the thing that I’ve come to realize is that there is always a way, and that way doesn’t have to involve poison, the bottom of a shoe or a rolled up newspaper. Come to think of it, why do houses with deadly insect traps all over them seemed to continually have insects? Personally, I’d much rather live with a few bugs than spread toxic substances around the house, and we don’t even have kids. So, if you feel the same, here are some of our tricks.

How to Humanely Handle Ants

What a dismaying site it is to see that line of tiny ants trailing up the wall, along the roof, into lands beyond. Instead of reaching for death spray or traps, why not go the preventative route? Follow the ants back to their source, and put a bit of lemon juice and lemon peel there. Ants are also dissuaded by mint, cinnamon, coffee grounds, chili, and cloves, so any of these in an area that seems problematic can help. We often make a peppermint spray, just essential oil and water, for the nooks, crannies and seams of the house.

How to Humanely Handle Wasps

With all the press on saving the bees, I’m guessing few people would dare murder one these days; however, wasps — also pollinators — are still considered fair game. Like bees, wasps are unlikely to sting unless they are threatened, typically by an assault on their home or flailing arms of fear.  For nests, spritzing them with water from a spray bottle is one thing to attempt. Wasp nest under things to avoid rain, so they won’t like being damp but likely won’t understand what is going on enough get defensive.

On the preventive side of things (and for getting rid of them), wasp are territorial, so putting puffed up paper bags were nests might be will deter newbies from trying to settle.  A well-placed fake nest might also inspire a move to existing tenants.

Smoking them out is another method, and while it isn’t nice, it doesn’t kill them. It doesn’t even seem to harm them, but rather, as any being would, they simply go away from the smoke.

How to Humanely Handle Roaches

For some reason, roaches are viewed by many as the scourge of the earth, nothing so dirty and disgusting as a roach. On the other hand, they could warrant so respect for their prowess and ability to keep on keeping on. Whatever the case, most of us would rather not have them around the house. So, what do we do?

Obviously, there are some preventative measures to be taken. All food should be stored away in sealed containers, and no dirty dishes or debris should be left on counters or in the sink. Try to keep things dry as well, as few drops of water will be an effective quencher for a thirsty cockroach. Lastly, there are natural deterrents to have on hand: According to PETA, roaches don’t like bay leaves, cucumbers, garlic, or catnip. It’s also important to check your trash and keep it taken out regularly. Roaches love trash that sits around for days with old food and can often be harbored in apartment trash shoots that lead to pipes in the apartment. Be cautious of this and take measures to keep your trash out of the house in a timely manner, along with ensure your living quarters do the same.

How to Humanely Avoid Mosquitoes

This is the bug that I see squished, swatted and battered the most, and a small part of me understands it. Mosquitoes are really annoying, but still, I don’t want to kill them. To avoid bites, and do so without chemicals, it’s best to take preventative measures. Some say eating garlic or this or that will deter them. Without a doubt, there are many plants that can help: citronella, lemongrass, mint and catnip (there it is again) are all repellents. Plus, they can be used to make all-natural sprays to help. And, remember to ask yourself honestly: Has any mosquito spray ever really worked 100 percent? We just have to do our best while it’s happening.

How to Humanely Handle Spiders

Firstly, spiders are amazing for controlling other insects, so before they are evicted, this worth is considering. The simplest way to get rid of spiders, simple usually being the best, is trap them under a glass or jar or container of some sort, slide a piece of paper between the container and wall or floor or wherever and take them outside. There are special humane bug catchers that can be bought, but they basically do the same thing, only with nifty gadget status.

Secondly, if you do want to keep them out, they too are repelled by peppermint, which means a peppermint-citrus spray pretty much deters all of the insects, bugs and arachnids in this article. If there is an unwanted spider in residence, just go about it calmly. Grab a glass and a piece of paper, trap it beneath the glass, slid the paper over the mouth like a lid and let it go outside. I’ve done this with full-blown tarantulas, so a common house spider shouldn’t be too much of a challenge. For those with arachnophobia, find a friend to do the dirty work for you, but insist on the humane way.

Lastly, the fact of the matter is that insects are part of nature, and while we don’t necessarily want them all over our homes, it isn’t the end of the world to find a creepy crawler or buzzing brawler every now and again. Try to appreciate it for what it is, and as always, look for a solution that doesn’t result in any party dying.