Everything You Need to Know About the Dairy-Acne Connection 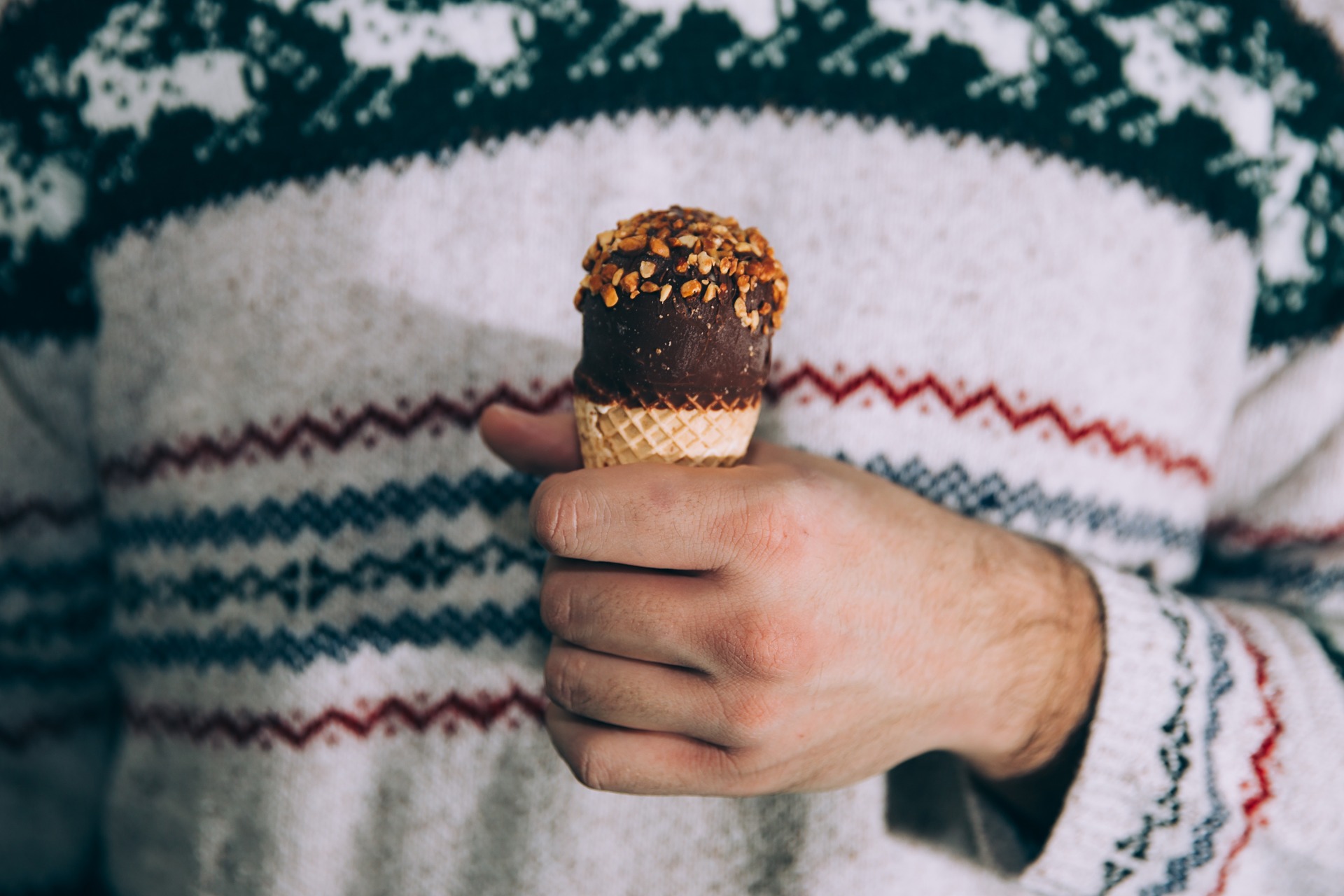 Acne is the most common skin condition in the United States, affecting over 50 million people every year, with varying levels of severity.

Each case of acne is specific to the individual with different causal factors from hormones to stress to genetics. With that said, researchers have recently found a few additional controllable factors that increase the chance of experiencing breakouts for the first time or that aggravate a current condition.

Even though dairy has been a staple in the American diet since the beginning of our country, recent findings have linked this common food item to the digestive system upset, bodily inflammation, and even cancer. Yet, one of the most well-researched and strong links is between dairy and acne. There are a few reasons that lead researchers to deduce the two are connected including hormones and antibiotics injected into the cows, naturally occurring “growth” hormones, and the disruption of insulin levels.

While these are current theories based on study results, more research is being conducted continually, and the mounting evidence linking the two is incredibly damaging.

How Dairy is Linked to Acne

The dairy-acne relationship is actually a relatively new one. While studies have shown that dairy irritates and aggravates this common skin condition, researchers are still determining the underlying connection.

With that said, there are a few theories that are highly substantiated by study-based evidence, and, not surprisingly, they are linked with the care of the dairy cow, the processing of the milk, and the inherent natural design of cows milk.

First off, most milk is highly processed unless it’s whole milk.

This is in part for our own safety as the Food and Drug Administration put into place a pasteurization mandate in 1987 that “all milk must be heat-treated or pasteurized to kill off harmful micro-organisms.” While whole milk is slightly processed via pasteurization, other milk options — those that have had fat removed such as 1 or 2 percent or skim milk — are on the highly processed end of things. All milk is cleaned of debris and the heavy fat content — around 40 percent — is skimmed off to make butter and cream. The remaining “milk” product is then “pasteurized to destroy pathogens as well as spoilage bacteria and rancidity-causing enzymes that can shorten the shelf life of the milk.”

What this pasteurization process doesn’t get rid of are all the harmful chemical agents that the dairy cows have been injected with such as synthetic hormones and antibiotics. On top of that, pasteurization does not remove the naturally occurring hormones that we will then consume via the milk.

Both of these factors have the ability to affect the human body in negative ways.

In order to keep dairy cows from contracting illnesses, they are “treated with artificial hormones [and antibiotics] that affect their milk supply,” plus there are also naturally occurring growth hormones in dairy milk, to begin with. Researchers have found that “those hormones may throw your hormones off balance when you consume milk products,” which then triggers acne.

On top of that, it’s been found that the mixture of milk products and highly refined and processed foods — rich in sugar and preservatives — may disrupt insulin levels causing aggravation, irritation, and acne breakouts.

Let’s take a bit of a closer look at these specific studies and relationships!

First and foremost, researchers have begun to look into synthetic hormones and antibiotic treatments for dairy cows.

It’s important to clear up the antibiotic portion first as most people are unaware that lactating cows “don’t receive antibiotics unless they are actually sick.” Why is this? Because testing has found that “drug residues immediately appear in the cow’s milk — a violation of food safety rules.” Of course, this doesn’t mean that farmers don’t treat their cows with antibiotics, it just means that “farmers discard their milk for several days until the residues disappear.” Yet, a report published in 2015 from the Food and Drug Administration found that “a few farmers [were] slipping through a hole in this enforcement net” by utilizing “antibiotics that the routine tests don’t try to detect, because the drugs aren’t supposed to be used on dairy cows at all.”

Alright, so if the antibiotics aren’t making their way into our milk (presumably!), then what’s the issue?

There’s a loophole that’s not highly regulated. In an article entitled Antibiotics in the Dairy Industry: What you need to know published by Green America:

On top of that, farmers that use antibiotics for non-therapeutic purposes — “any use of antibiotics in food animals without disease or documented disease exposure” — has been found to lead to the “development of antibiotic-resistant (AR) bacteria, which have infiltrated our food system and pose a major risk to human health.” In fact, the Center for Disease Control (CDC) reported that “22 percent of AR [antibiotic resistant] infections originate from foodborne pathogens.”

When it comes to antibiotics and acne, it turns out that it may make things worse.

Even though physicians have relied on antibiotics in the past to treat severe forms of acne, it’s been found that “prolonged use of antibiotics can affect the microbiome (the trillions of bacteria, viruses, and fungi that inhabit our bodies) in areas other than the skin, resulting in disease.” The disruption of skin bacteria can actually trigger acne or aggravate a current acne outbreak. Plus, it’s been discovered that “long-term use of antibiotics in acne treatment also is associated with an increase in upper respiratory infections and skin bacteria and was shown to affect a user’s blood-sugar level.”

Therefore, if you’re consuming antibiotic tainted milk on a regular basis, this could be messing with the natural microbiome of your body and causing aggravation of your acne.

When it comes to hormones in your milk, there are a few things to consider.

First, it’s important to know that “many dairy cows in the United States are treated with bovine growth hormone to increase their milk supply.” As you would logically assume, “milk from these cows has been shown to contain higher levels of IGF-1,” the insulin-like growth factor-1.

Dairy consumerism has led to a promotion of “industrialization and consolidation over the health and wellness of the heard,” meaning that dairy farmers focus on achieving “higher levels of so-called efficiency” by any means possible. This is why they rely on the use of “CAFOs and the hormones rBGH” — recombinant bovine growth hormone. rBGH is a “genetically engineered synthetic hormone created by Monsanto to increase milk production levels.” It’s been theorized that these synthetic hormones make their way into our milk and mess with our body’s hormones, which then triggers acne outbreaks.

On a side note, researchers have discovered that “rBGH usage results in increased cases of mastitis infections, which ultimately requires higher levels of antibiotics,” enforcing the vicious cycle!

Secondly, there are growth hormones naturally present in milk, to begin with.

A review published in the Journal of Clinical and Aesthetic Dermatology entitled Diet and Dermatology: The Role of Dietary Intervention in Skin Disease reviewed a wide variety of causal factors for various skin conditions including the relationship between dairy products and acne. The review specifically found a linkage between milk and hormones. Dairy cows create milk in order to feed their calves, therefore “milk is meant to increase the growth of calves” and it logically “naturally contains growth hormones and anabolic steroids.” It’s these natural growth hormones and steroids, which aren’t removed during pasteurization, which are theorized to affect human hormones and aggravate acne. On top of that, linked to these growth hormones is the “carbohydrate content of dairy products” which have been found to have “related effects on serum insulin and insulin-like growth factor-1 (IGF-1).”

Take all the current factors that we learned about — lingering antibiotics, synthetic hormones, and naturally occurring hormones — and mix that into the traditional Western diet, which happens to be laden with highly processed foods.

Processed and highly processed foods have long been connected to the aggravation and irritation of acne due to their high levels of sugar, trans fats, and chemicals — such as preservatives, artificial flavoring, and artificial coloring. The theory is that “when combined with the high levels of refined foods and processed sugars in the Western diet,” your body’s insulin levels get disrupted making your “skin more prone to acne.” It’s also theorized that these highly processed foods in conjunction with dairy consumption can mess with your sebum and keratin production, — key components to healthy, glowing, unclogged skin — “acne-causing bacteria, hormones, blocked pores, and inflammation.”

In fact, some of the most acne-causing foods include refined grains, refined sugars, fast food, and dairy, all of which you’ll most likely find on the ingredients list of processed foods.

You want to give a dairy-free diet a try, but you’re not willing to give up those staples that you live by — think cereal, smoothies, and buttered bread. Luckily, due to the overwhelming push to go dairy-free, there are a host of super healthy, affordable, plant-based alternatives to all of your dairy favorites. Not only can you purchase these at your local grocery store, but if you’re really looking to go processed food free, you can also make them in your own kitchen! 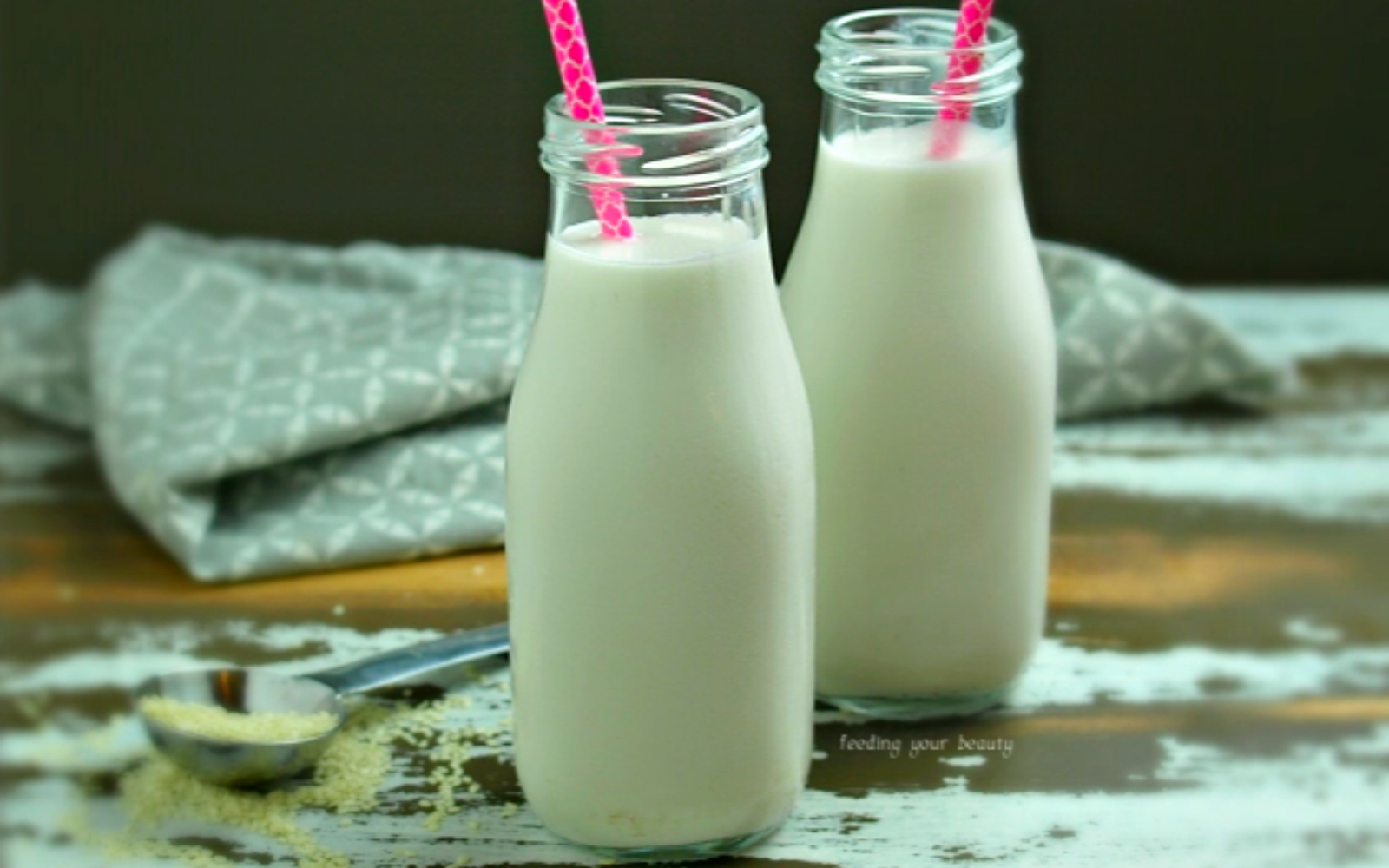 Those kicking dairy from their diet oftentimes find that milk as an ingredient is far more popular than expected. From your morning bowl of cereal or oats to most baking recipes, milk is incredibly prevalent in the Standard American Diet. Lucky for us, you can make just as great alternatives from your favorite nuts and seeds! In fact, if you make these at home you can nix any extra sugar and preservatives and stick to the simple, healthy liquid. 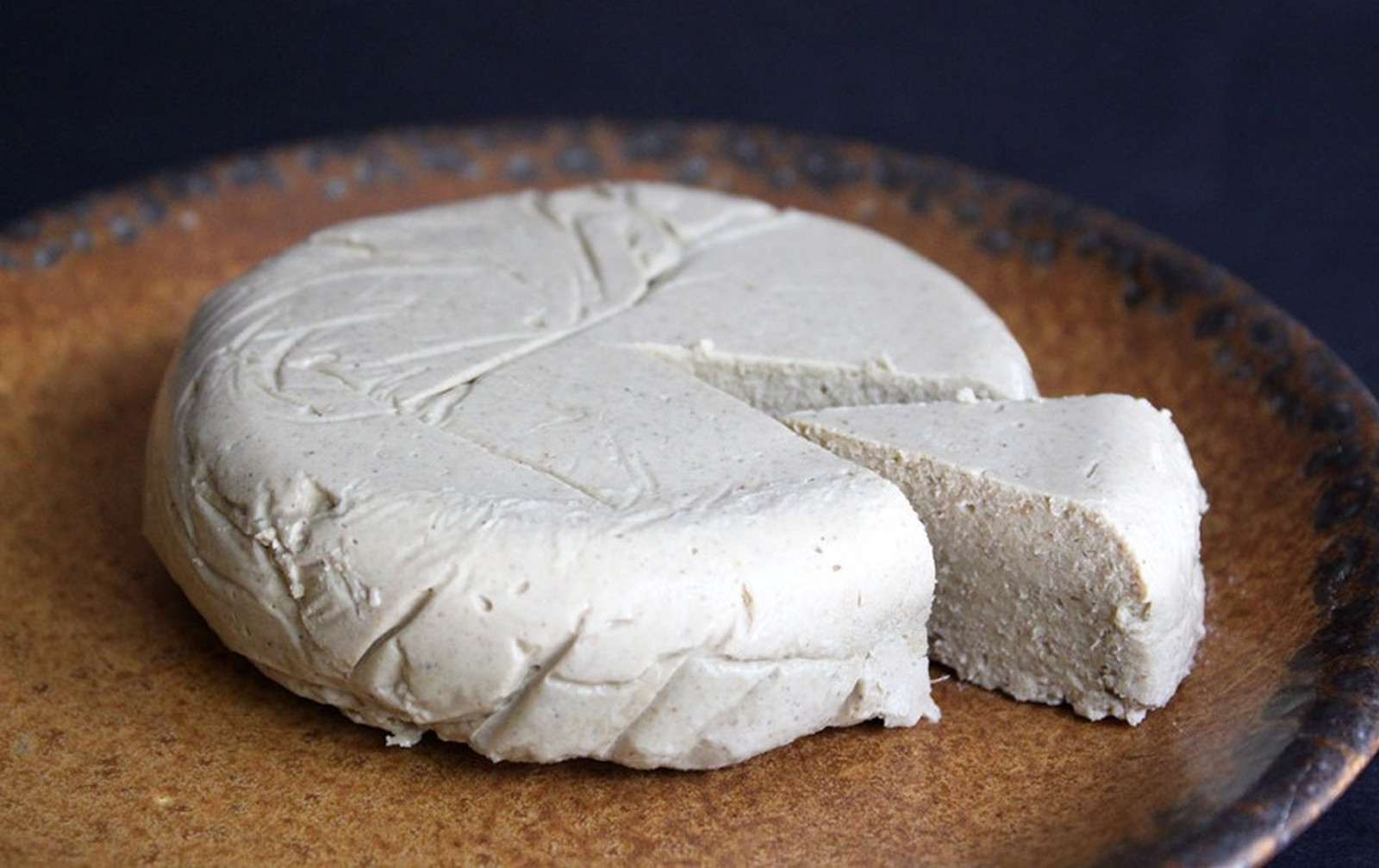 Next to milk, cheese is one of those highly addictive foods that you feel you can’t live without. While plant-based alternatives are free of casein — the dairy-based protein that gives cheese that “addictive” quality — they are successful in achieving that creamy, thick, and powerful taste! Plus, the skies the limit when it comes to flavors and ingredients! Choose your favorite nut or veggie, your favorite spice and flavor, and then get to creating. 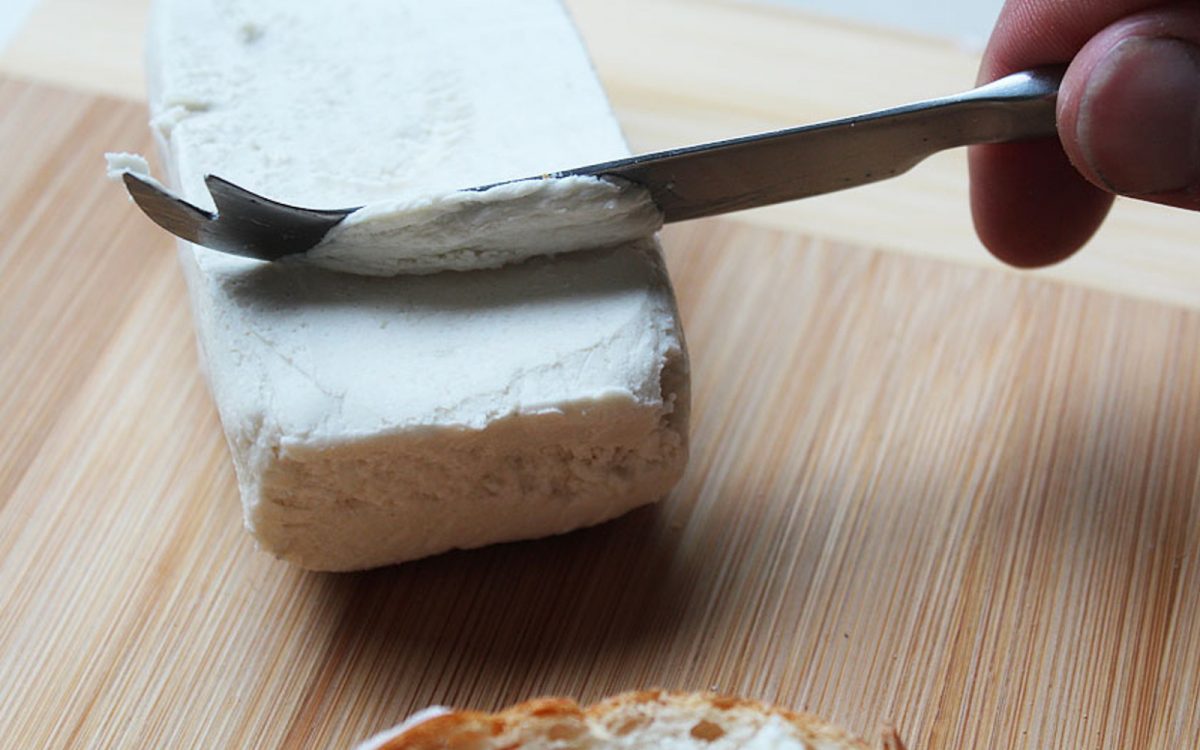 Think you can’t have that whole-wheat toast with melted butter? Maybe you’re an avid baker and can’t even see a future without those afternoons of butter-based baking? While making your own plant-based butter is a bit more challenging than the milk and cheese alternatives, it’s completely doable! For instance, try this Homemade Butter, this Golden Garlic Butter, this Coconut Butter, or this Pumpkin Butter.

We also highly recommend downloading our Food Monster App, which is available for iPhone, and can also be found on Instagram and Facebook. The app has more than 15,000 plant-based, allergy-friendly recipes, and subscribers gain access to new recipes every day. Check it out! For more Vegan Food, Health, Recipe, Animal, and Life content published daily, don’t forget to subscribe to the One Green Planet Newsletter! Being publicly-funded gives us a greater chance to continue providing you with high-quality content. Please support us!