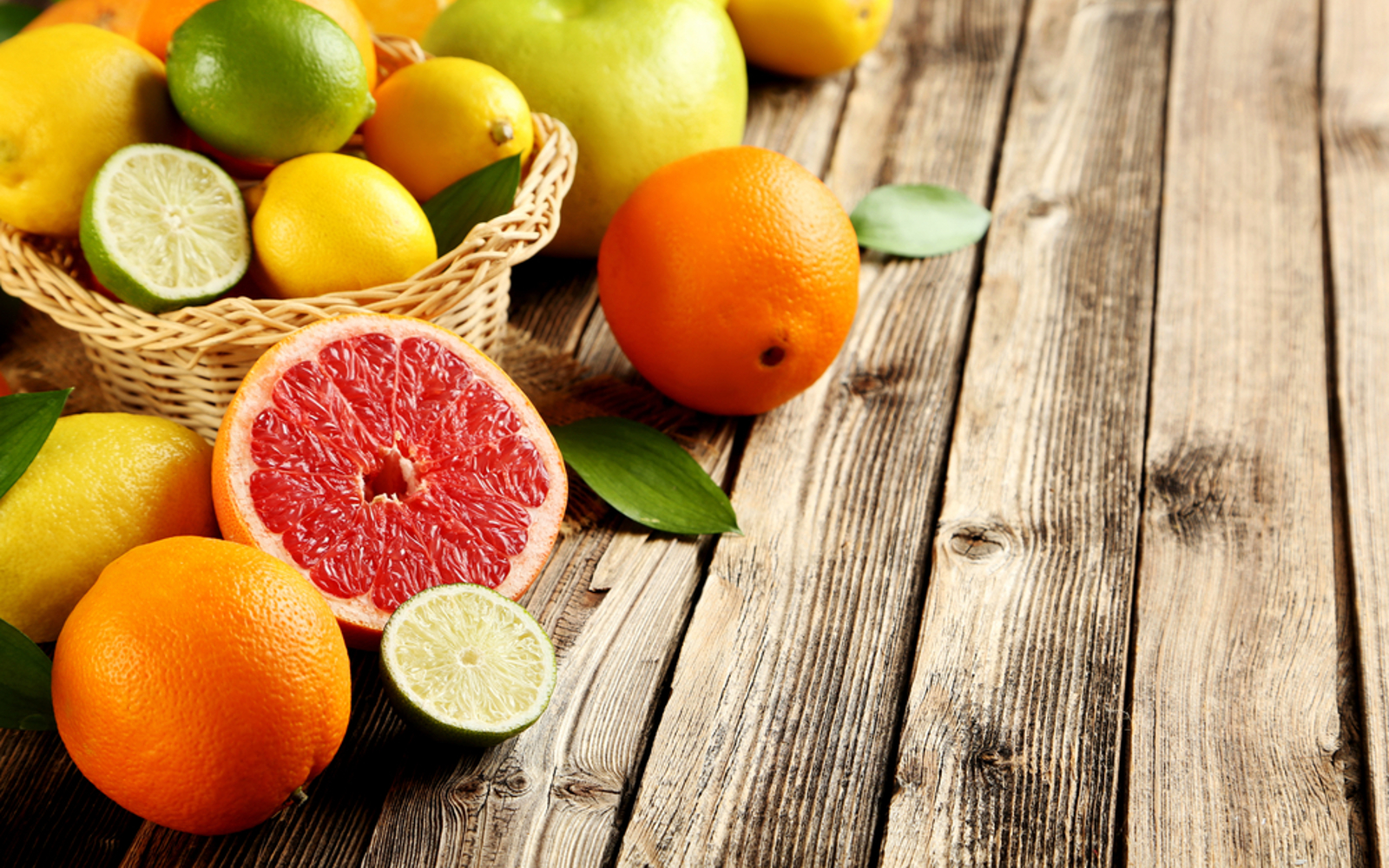 It’s that time of year again.

Even though you may look forward to the skiing, sledding, and skating that comes with cold temperatures and crystalline snowfall, winter also beckons the dreaded flu season. Coughing, sneezing, sniffling, and runny noses are just the beginning of the virulent virus. Yet, this year’s ritual season of sick faces an unexpected challenge as the most recent flu strain seems to be highly resistant to the influenza vaccine.

While medical professionals recommend getting the flu shot, it can also be beneficial to bolster your immune system through natural means, primarily via diet. With that said, before embarking on an immune system boosting plan, make sure to consult your doctor or nutritionist first.

A Plant-Based Diet and Your Immune System 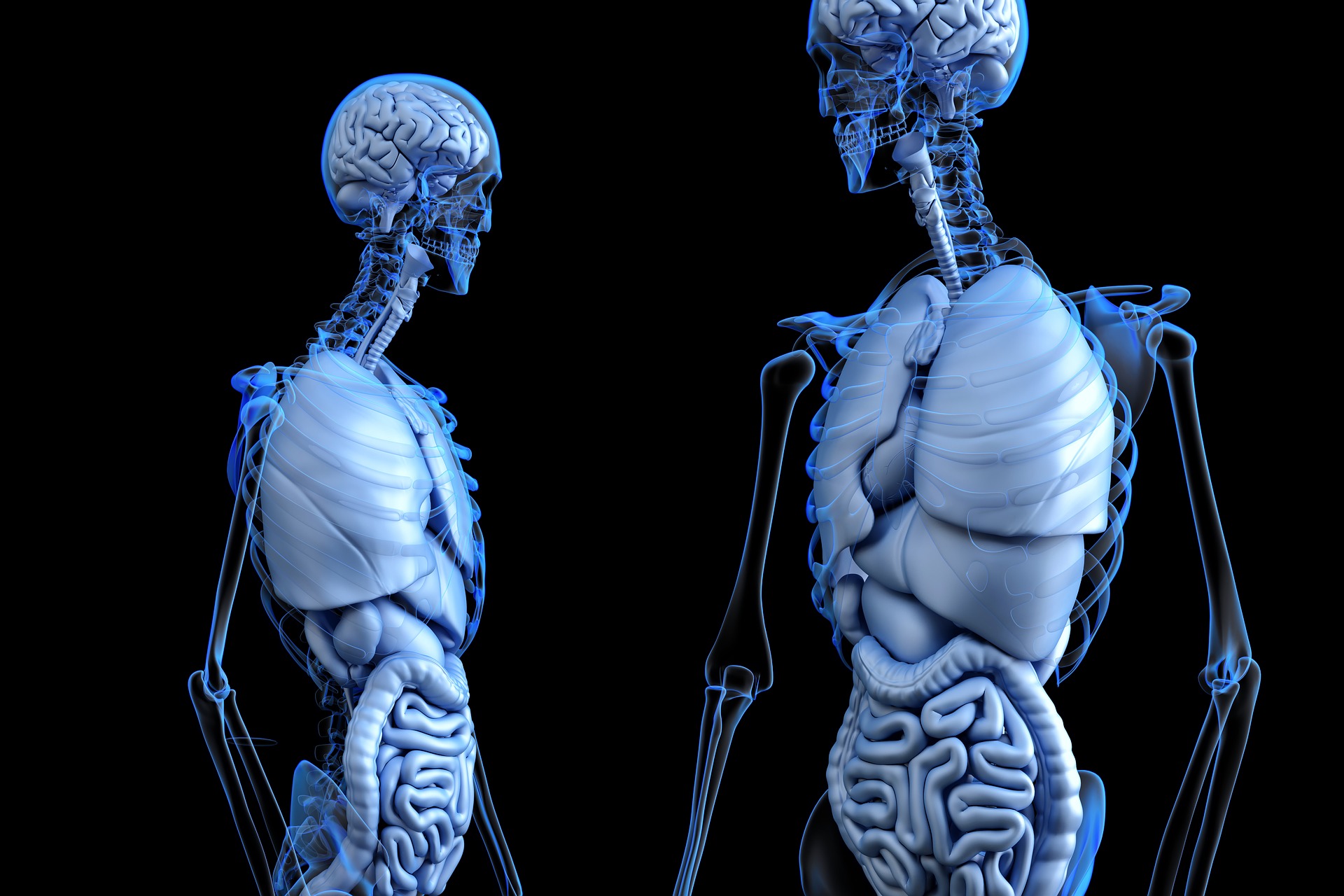 Incorporating a healthy and balanced diet filled immune-boosting plant-based foods like fruits and vegetables has many health benefits. Vegetables usually have a high potassium content, which aids in lowering blood pressure. By supplementing a hearty vegetable in place of a meat or carbohydrate on your dinner plate you can lower your cholesterol. This is due to the fact that vegetables have no cholesterol making them a key player in lowering your overall cholesterol intake. Plant-based diets are also chalk full of antioxidants, which have been proven to help fight cancer and boost brain health.

Yet, one of the most influential health benefits of a plant-based diet is one that you can’t readily see, such as weight loss, or test for, such as blood pressure and cholesterol. Plant-based foods can acutally help strengthen your immune system.

How does the immune system work? 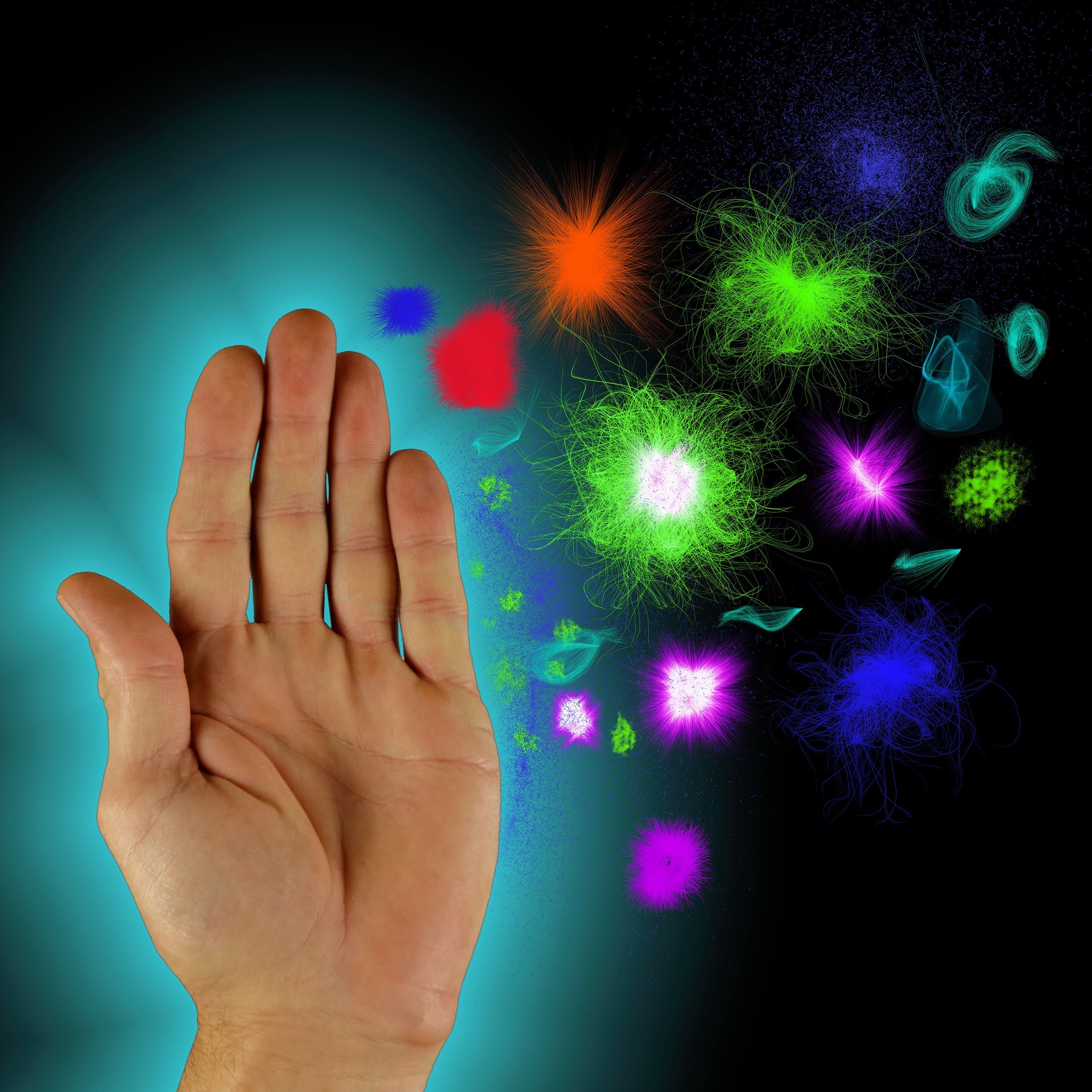 This is how the immune system is able to function so efficiently.

Based upon experience, your body remembers how to defeat potentially dangerous foreign invaders.

How does a plant-based diet strengthen the immune system? 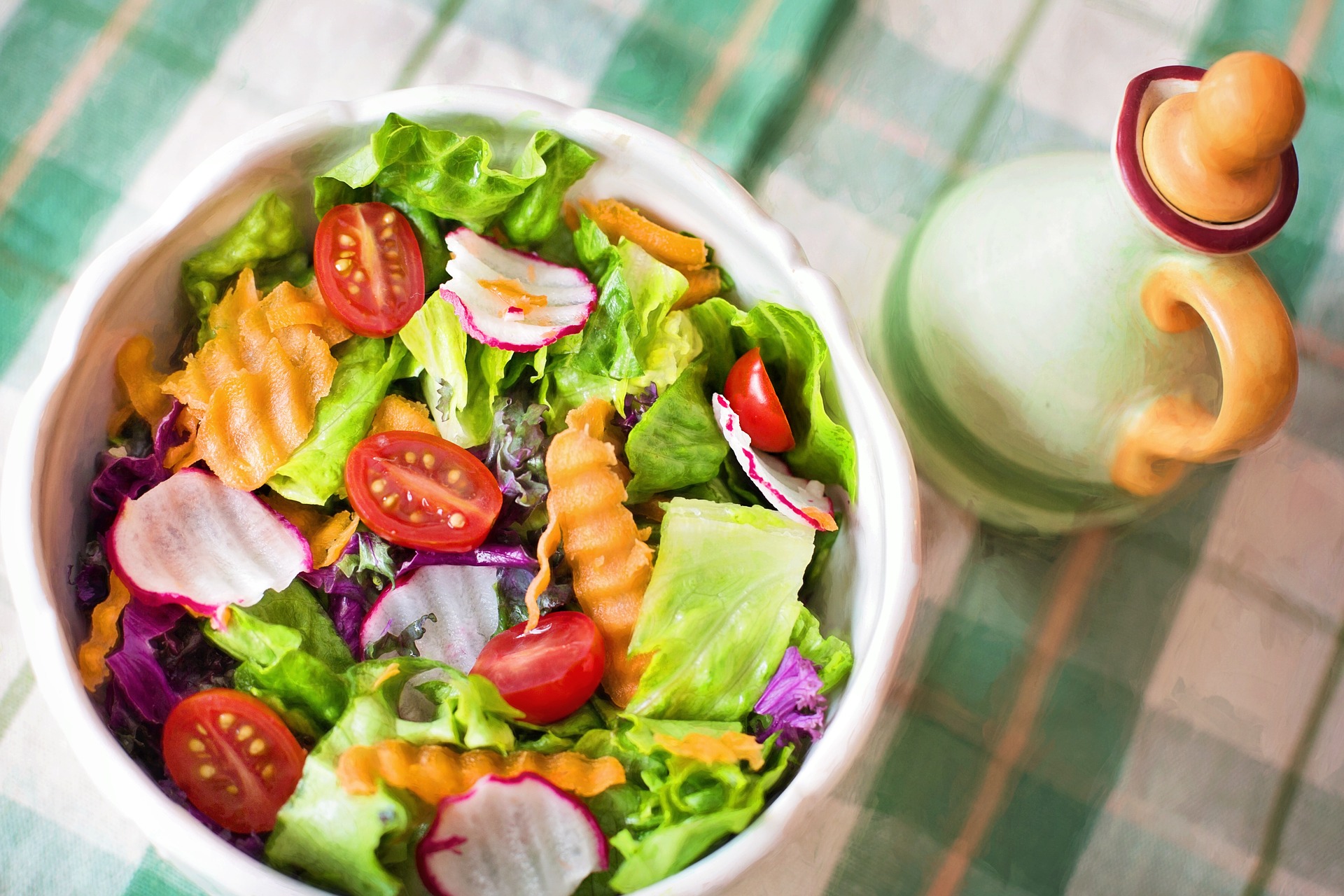 Vegetables provide a natural source of vitamins. When it comes to immune health try incorporating vitamins C, E, B6, and A. Each of these vitamins is prevalent in certain plant-based foods.Vitamin C, E, and A are all powerful antioxidants that strengthen your body’s ability to fight off infection. Vitamin C exists in large quantities in citrus fruits such as oranges, grapefruit, lemons, and limes, as well as leafy greens such as brussels sprouts, bell peppers, kale, and spinach. Vitamin E can be consumed from nuts and seeds, such as almond, hazelnut, peanuts, and sunflower seeds, as well as broccoli and spinach. Vitamin A is found in many colorful foods such as pumpkin, carrots, sweet potato, squash, and cantaloupe. The colorfulness is in large part due to carotenoids — plant pigments of red, yellow and orange — that the human body processes into vitamin A.

Last, but not least, are two forms of the B vitamin: vitamin B6 and B9.

Vitamin B6, known in the medical world as pyridoxine, plays a key role in brain development and the health of the nervous and immune systems. Vitamin B6 is most readily found in chickpeas, bananas, and potatoes. Folate, also known as vitamin B9, is primarily ingested as folic acid, a synthetic form used as an additive in certain foods. Folate provides essential functions for the cell including formation, maintenance, and overall cell health. You can avoid the synthetic folic acid by ingesting folate in its natural via plant-based foods such as beans, peas, whole-grain products, and leafy greens (such as kale, spinach, and broccoli).

While the body benefits from a balanced dose of all minerals, the immune system benefits specifically from iron, selenium, and zinc.

While iron is an essential mineral, it is also a complicated one. When too much iron is present in a diet it can lead to the creation of damaging oxidative radicals, yet an iron deficiency can affect normal cellular function and cause conditions such as anemia. When it comes to the immune system, studies have shown that iron is directly related to the body’s ability to mount immune responses. Therefore, making sure to ingest an appropriate amount of iron is incredibly important. Iron is found in various plant-based foods such as beans, broccoli, and kale.

Selenium and zinc both have calming powers over the body. Selenium has been shown to slow the bodies over-active responses, while zinc is well-known for slowing immune response and helping to control inflammation. In short, both of these minerals calm the body, which allows your immune system to do what it does best, protect and fight against unwanted intruders.

Selenium is found in garlic, broccoli, barley, and brazil nuts. Zinc is found in cashews and almonds, chickpeas, oatmeal, and kidney beans.

There’s still so much to be researched about immune-boosting plant-based foods. With that said, incorporating vegetables and fruits into your diet on a regular basis, especially when you are feeling down or are sick, can aid your boy in the fight to rid yourself of unwanted pathogens. 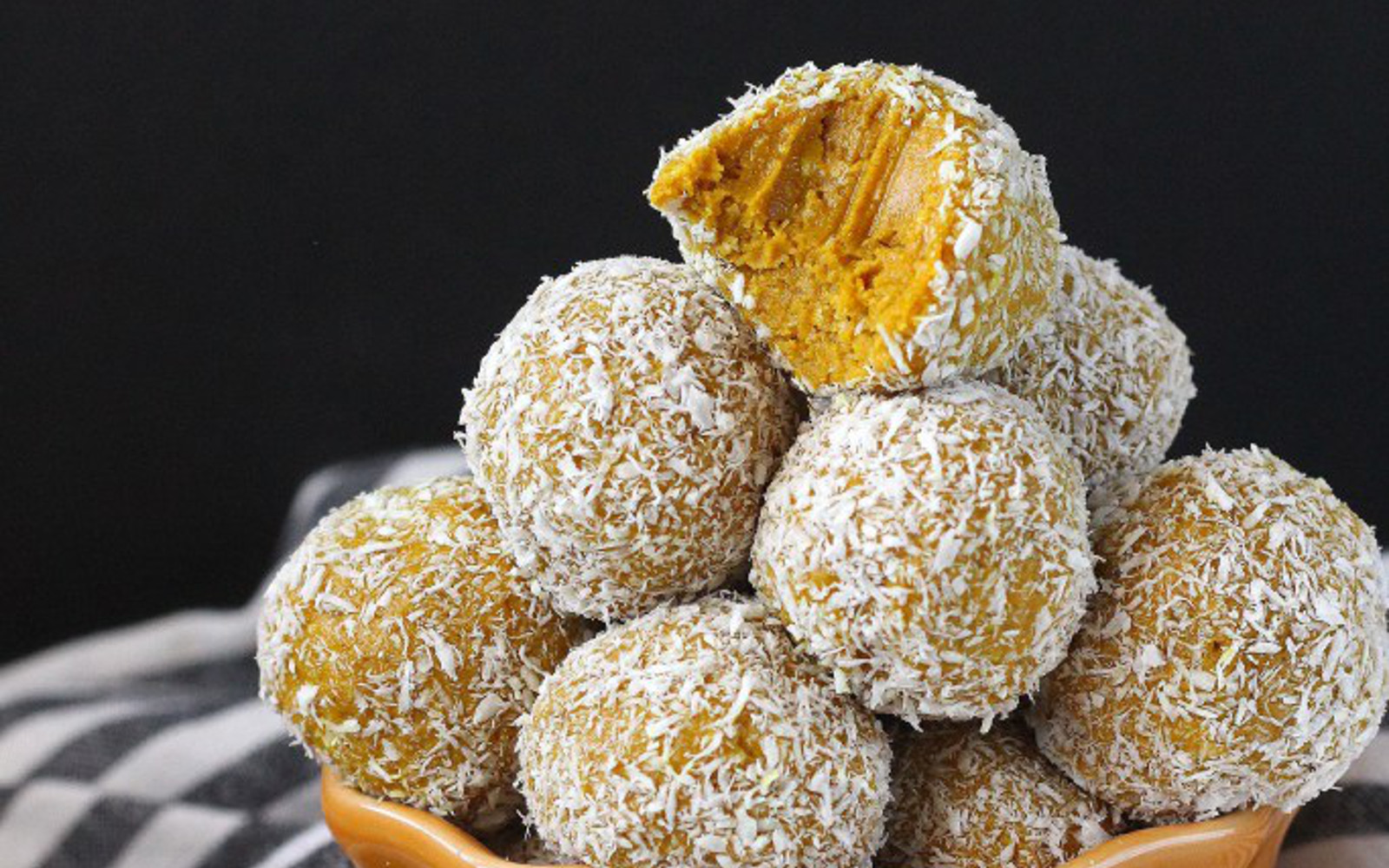 Turmeric is hailed as one of the immune-boosting plant-based foods and a super spice in most health circles. This warm, earthy, and slightly bitter spice is a well-known ingredient in many Asian foods such as curry. Turmeric is made from the turmeric plant, a subspecies of the ginger family, originating on the Indian subcontinent and throughout Southeast Asia. Yet, there’s more to this spice than its culinary uses.

Curcumin, the agent that gives turmeric that deep orange coloring, has amazing health benefits including having effective anti-inflammatory properties, being a potent immunomodulatory agent (the ability to modulate the immune system), and boosting antibody responses. Studies have shown that curcumin has positive effects on certain diseases and conditions such as arthritis, heart disease, diabetes, and cancer, causing scientists to posit that this popular spice’s ability to modulate the immune system could possibly be an effective way to also boost your immune system.

Turmeric adds an incredibly delicious element to traditional curry recipes such as this Super Simple Potato Curry or this Red Lentil Coconut Curry. With that said, turmeric is also a handy ingredient to spice up beverages, such as this Energizing Turmeric Tea, Turmeric Glow Lemonade, and Sunshine Turmeric Latte, or as a health elixir to get you through the worst of an illness, such as this Anti-Inflammatory Cold Remedy Shot With Turmeric, Raw Citrus Turmeric Shot, or this turmeric infused cooking ingredient, Fire Cider Vinegar. For those who take to the turmeric taste, try infusing this spice into other recipes such as this potato dish with a twist, Coconut and Turmeric Roast Potatoes, or even these turmeric-rich sweet Turmeric Coconut Bites. 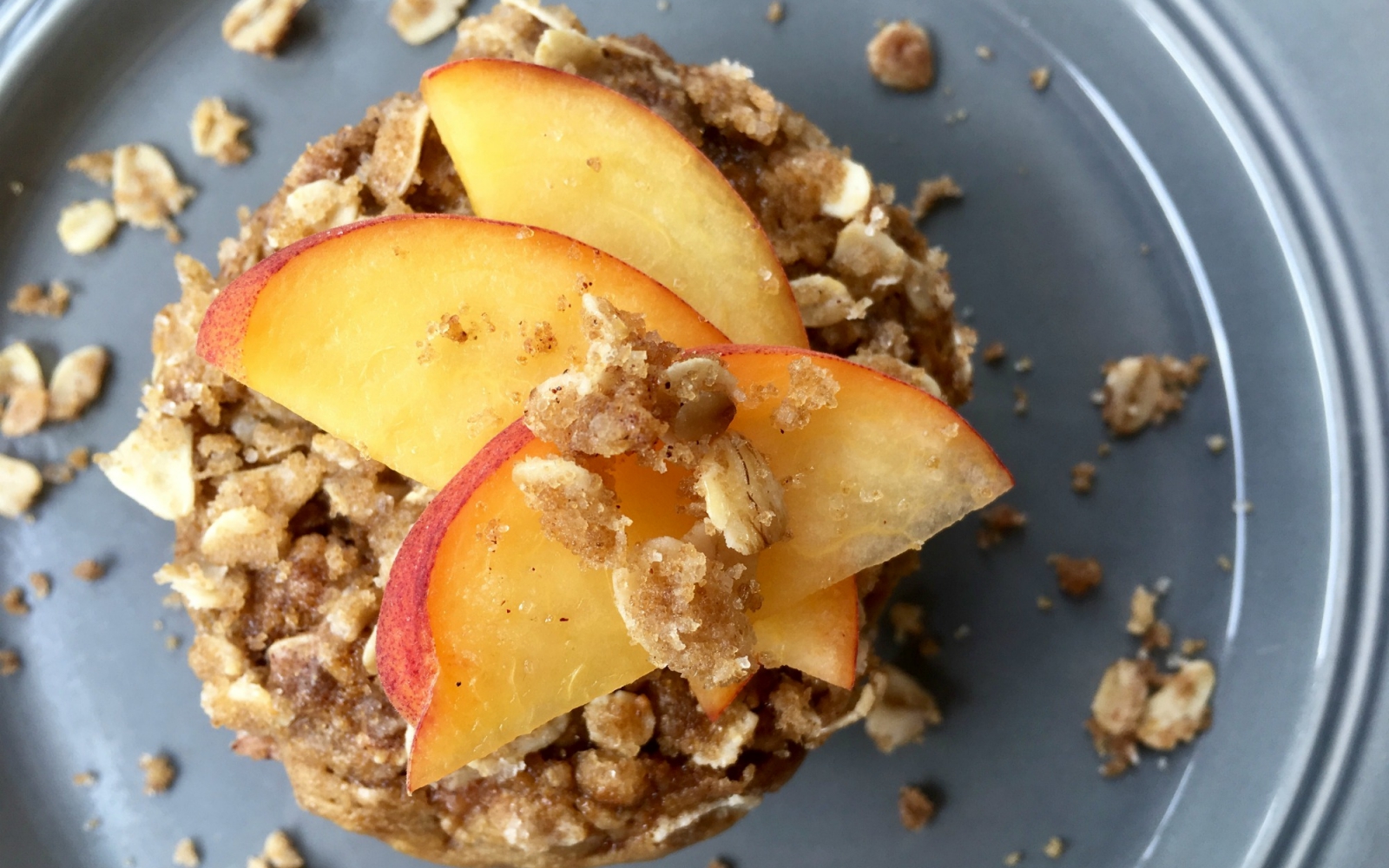 Cinnamon is used throughout the culinary world to sweeten, heat, and add a bit of zing to dishes. This spice is found in the bark of trees within the Cinnamomum family and is most known for its sweet and spicy aroma and taste. While cinnamon is widely used from five-star restaurants to the kitchen table, its health benefits have only recently been unraveled making it another of the immune-boosting plant-based foods.

When it comes to your immune system, cinnamon has recently been seen to have positive strengthening effects. The power of this spice lies within the component cinnamaldehyde, which gives cinnamon its flavor and odor. Much like turmeric, cinnamaldehyde is an immune stimulator and it also has anti-bacterial and anti-inflammatory properties.

Cinnamon is primarily used in sweet dishes such as these morning-noon-night breakfast dishes, Coconut Golden Chai Oatmeal and Peach Cobbler Muffins With Toasted Oat and Brown Sugar Streusel, or dessert recipes such as Almond Butter Swirl Brownies, Superfood Chocolate, or Cinnamon Coconut New York Style Cheesecake. Yet, cinnamon also has a spicy side making it a great addition to many dinner dishes such as this Cinnamon Turmeric Sweet Potato recipe or this Moroccan Red Lentil Soup. 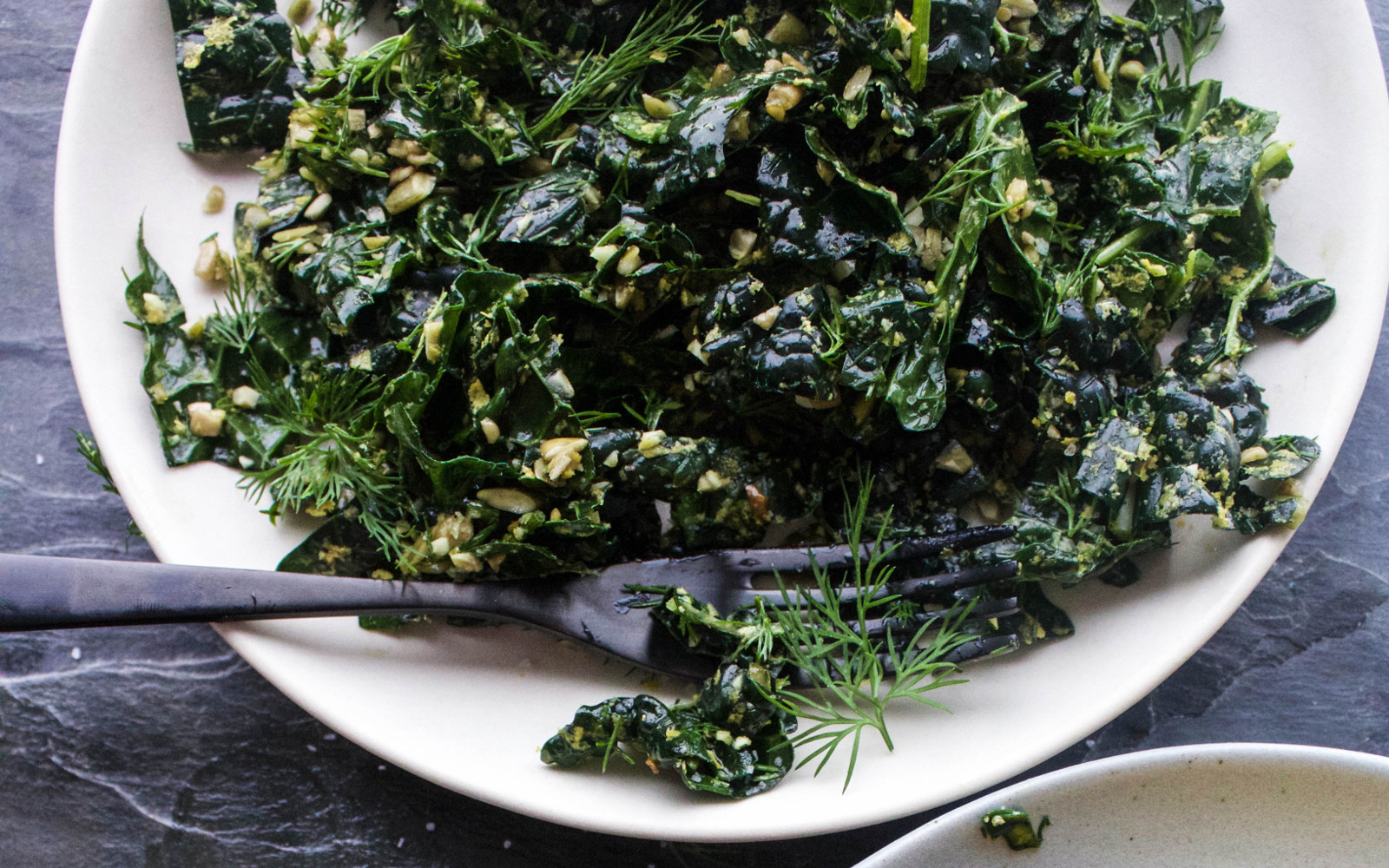 Green vegetables are not only important for an overall healthy, balanced diet, but they are also one of the incredibly important immune-boosting plant-based foods. Vegetables, such as kale, spinach, broccoli, and brussels sprouts, “are the source of a chemical signal that is important to a fully functioning immune system.” Specifically, they maintain proper function of intra-epithelial lymphocyets (IELs), immune cells that are found in the gut and the skin. These cells are part of your body’s first line of defense, as well as being an important agent in repairing wounds.

There are also thousands of recipes that use or focus on green vegetables as a main component, so incorporating these foods into your daily diet is not difficult. Yet, if you’re focusing on your immune system health try making recipes that pack a powerful punch like these heavily-green recipes: Herb and Garlic Massaged Kale Salad, Roasted Chickpea Caesar Salad, Superfood Turmeric Amaranth Soup, Sesame Brussels Sprouts Curry, or this Easy Broccoli Salad With Almond Lemon Dressing.

Citrus fruits, also referred to as sour fruits, offer an explosion of sweet and bitter flavors, as well as a delightfully sour aftertaste. These tangy fruits have a broad range, yet the most well-known are lemons, limes, grapefruits, and oranges, all of which are part of the rue family indigenous to Central and South America. Their popularity has aided in their expansion across the globe and they are currently being cultivated in subtropical climates around the world.

Along with being used as an ingredient in recipes from desserts to cocktails, citrus fruits have also been noted as one of the immune-boosting plant-based foods.

Two main components seen repeatedly in the strengthening of immune health are anti-inflammatory and antioxidant components. Citrus fruits provide a healthy dose of both of these components offering over 8,000 flavonoids alone, which have been shown to have anti-inflammatory properties. They are also chalk full of immune system supporting vitamins and minerals such as vitamin C and B vitamins.

Citrus fruits are a popular addition to many dessert recipes — such as this Raw Lemon Cherry Cheesecake, Raw Lime Tart With a Cacao Crust, or this Delicate Orange Spice Cake — salad and soup recipes — such as this Orange Mint Jalapeno Salad, Carrot-Orange Soup, Mexican Elotes Bisque With Lime Crema, or this Creamy Hummus Soup — and even main dishes — such as this Lemon Broccoli Rice Bowl, Spicy Mexican Hearts of Palm Ceviche, or these Grapefruit Eggplant Fries.

As the flu season ticks by, make sure to include these immune-boosting plant-based foods in your diet with a variety of different recipes. We highly recommend downloading the Food Monster App, which is available for both Android and iPhone, and can also be found on Instagram and Facebook. The app has more than 10,000 plant-based, allergy-friendly recipes, and subscribers gain access to new recipes every day. Check it out!