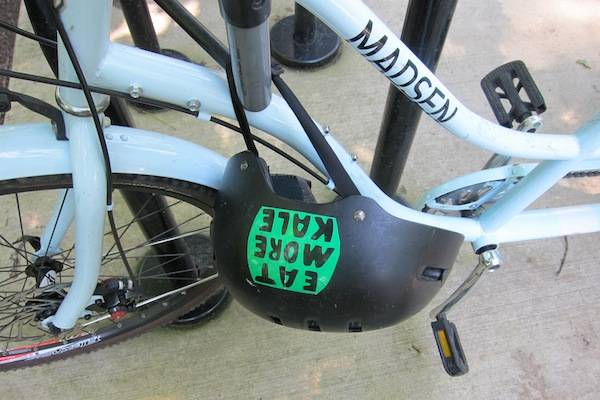 This week, I completed a 17-part video series on the performance-enhancing effects of certain vegetables on NutritionFacts.org. It started with Doping with Beet Juice, which described how beets were the first to be found to significantly improve athletic performance while reducing oxygen needs, upsetting a fundamental tenet of sports physiology. How is that possible? Check out Priming the Proton Pump to nerd out on a bit of biochemistry.

Next up was Don’t Use Antiseptic Mouthwash, which describes the role the natural good bacteria flora on our tongue plays in the performance-boosting effect of high nitrate vegetables, and Out of the Lab onto the Track, which documented the randomized, double-blind, placebo-controlled crossover studies that convinced the scientific establishment of the real-world effect.

Asparagus Pee and Pretty in Pee-nk go off on a tangent to delve into the phenomenon of “beeturia,” the chief side effect of beet consumption–though not all are affected, akin to the malodorous urine that sometimes results from asparagus consumption.

If our bodies can turn the nitrate in vegetables into the vasodilator nitric oxide, then performance enhancement may be just the tip of the iceberg. Indeed, as I explain in Hearts Shouldn’t Skip a Beet, this may help explain the role dark green leafy vegetables play in the prevention and treatment of hypertension and heart disease. So which vegetables have the mostest? Find out in Vegetables Rate by Nitrate.

If the nitrates in vegetables such as greens are health-promoting because they can be turned into nitrites and then nitric oxide inside our bodies, what about the nitrites added to cured meats such as bacon, ham, and hot dogs? This is the apparent conundrum I present in Is Bacon Good or Is Spinach Bad? and then solve in Are Nitrates Pollutants or Nutrients? but not before laundry-listing the threats posed by processed meats.

In When Nitrites Go Bad I describe how nitrites added to processed meat form nitrosamines, a class of potent cancer-causing agents found in cigarette smoke that may explain why hot dog consumption has been associated with the two leading pediatric cancers, brain tumors and childhood leukemia. So which meat has the highest level of these carcinogens? In Prevention Is Better Than Cured Meat the levels of nitrosamines are compared across an array of processed meats including chicken, turkey, and pork.

And finally, bacon. Carcinogens in the Smell of Frying Bacon is pretty self-explanatory. In Bacon and Botulism I talk about the incredible story of regulators forced to strike a balance between the risk that consumers will get cancer, and the risk that they’ll get a deadly form of food poisoning. Part of that balance is the legal mandate to add certain antioxidants to processed meats, though I explore the irony in Vitamin C-Enriched Bacon that this may make the meat even more carcinogenic. Yesterday, in Meat Additives to Diminish Toxicity, I featured an article published in the journal Meat Science revealing how meat scientists continue to justify promoting foods associated with promoting cancer.

I ended the series with So Should We Drink Beet Juice or Not?, in which I describe the safest ways for athletes to nitrate load, which involve lots of dark green leafy vegetables.

Maybe Popeye was onto something.