Live Animals Are Still Being Sold in Keychains and Mobile Phone Trinkets – Let’s Stop This NOW! 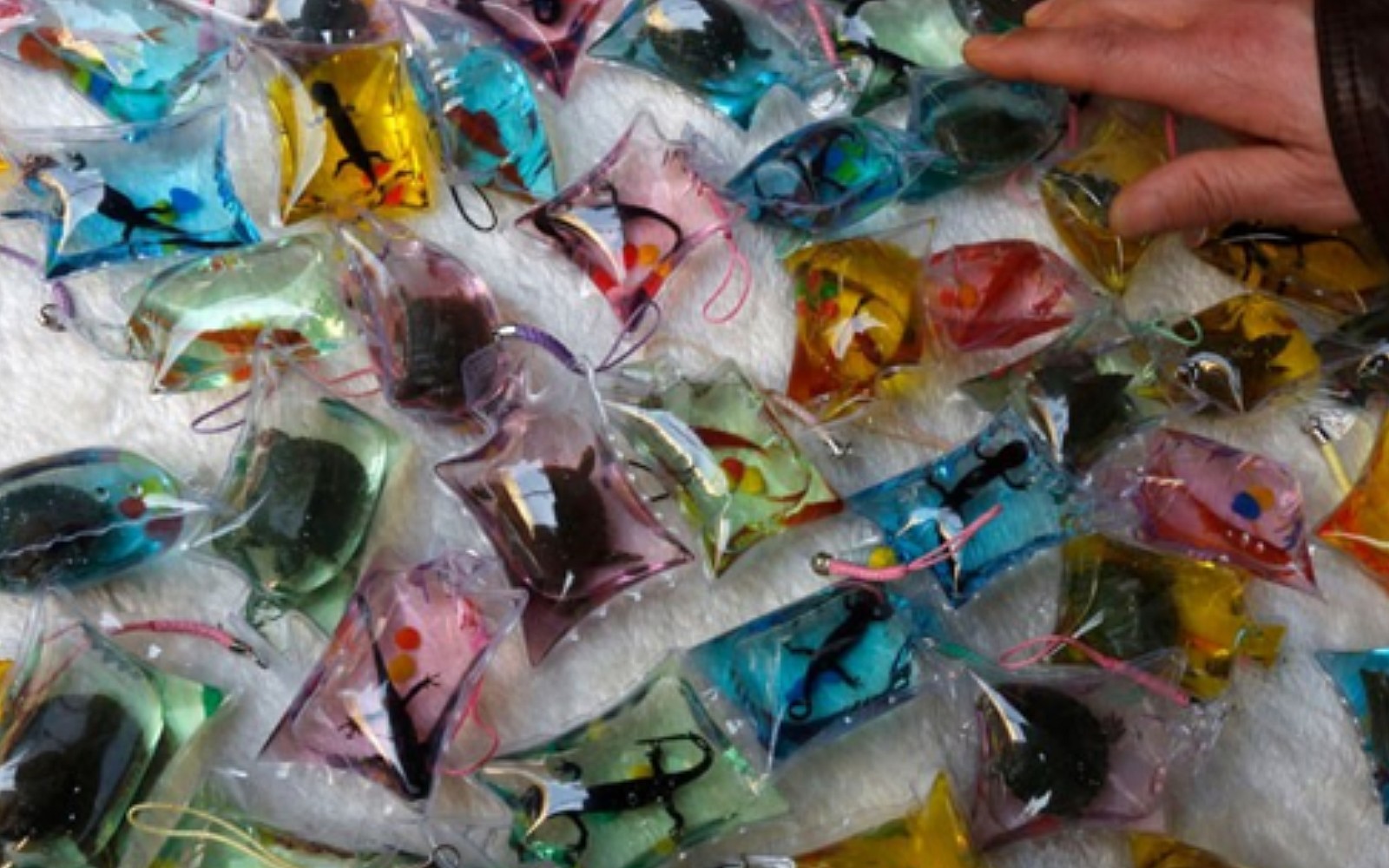 In 2011, CNN brought public attention to a deeply disturbing trend that was observed in Beijing, China. Among your usual choices of trinkets and key chains displayed on vendors’ stalls, people were stunned to find live animals, like small fish, young Chinese soft-shell turtles, and other tiny amphibians, enclosed in little plastic pouches filled with colored water – for only around $1.50 a piece.

As one of the vendors selling the “live animals trinkets” told CNN, the bags contained crystallized oxygen and nutrients – thanks to which the animals were able to survive for days in these mind-boggling circumstances – but they needed to be freed from the bags as soon as the air ran out.

“There might be enough oxygen and food in the plastic casing but the animal waste from digestion and respiration is toxic and will kill them,” Dr. Sam Walton, a former research lecturer at Universiti Malaysia Terengganu, told The Star Online. “They essentially poison themselves with ammonia. Aquatic animals are very sensitive to temperature fluctuations so being in a bag is like being in a greenhouse. The temperature shock and physical shock of being shaken around will probably kill the animals before anything else.”

This ridiculous trend has been criticized many times since its initial appearance around the Beijing Olympics in 2008. But, unfortunately, it seems like animals are still being sold as key chains, sealed in tiny plastic bags, with just enough oxygen to survive for a few days.

Attempts at banning this absurd and cruel practice have not yet been successful, but selling live animals like objects in a way that causes them immense distress and, finally, death simply has to be ended. Click here to sign a petition for China to outlaw selling animals as key chains and mobile phone trinkets!