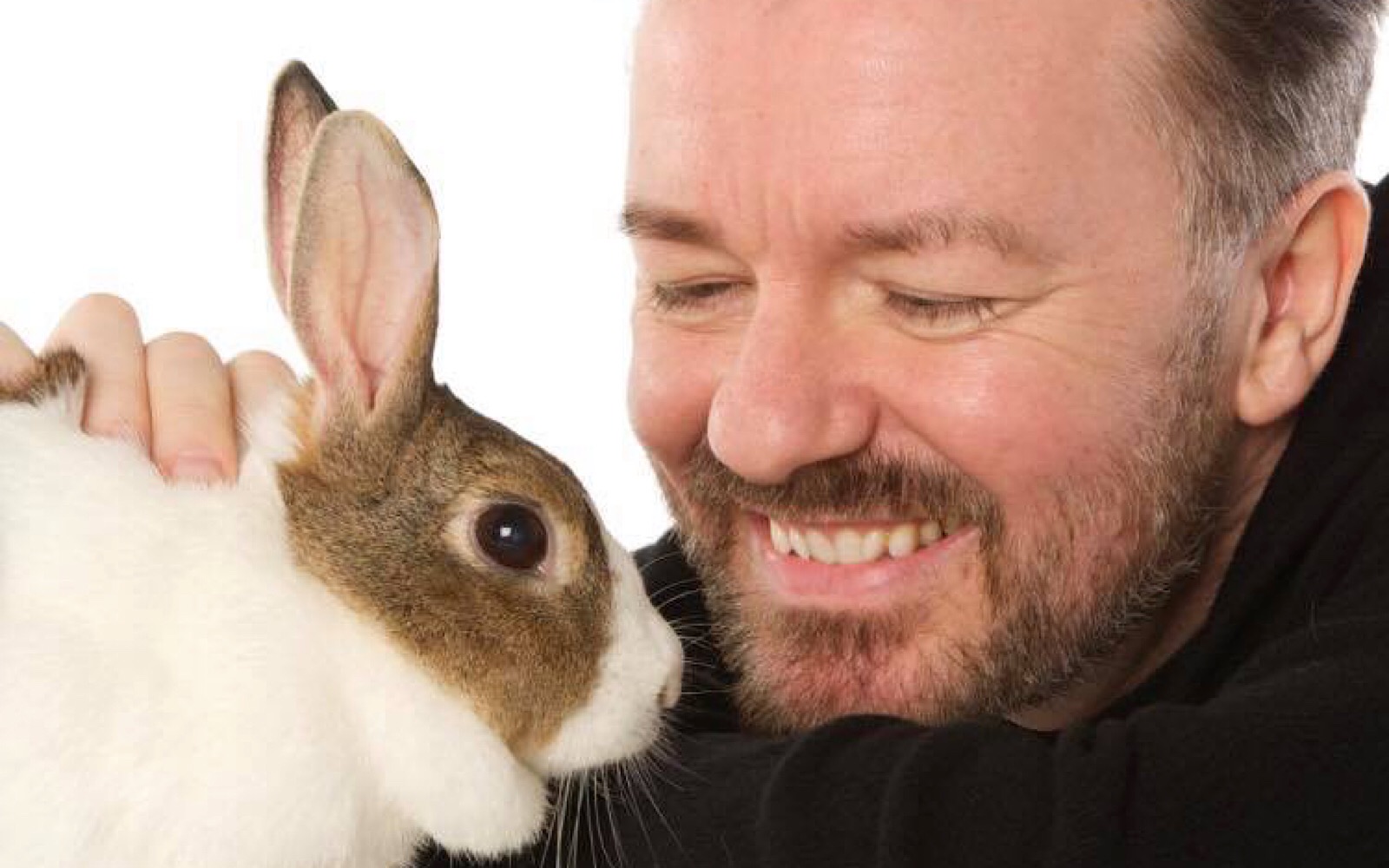 Comedian Ricky Gervais is an outspoken animal advocate who has shown great support for a number of animal rights issues, including bans on animal testing, fur farms, and trophy hunting, and the promotion of pet adoptions. He even donated profits from a comedy tour to animal welfare causes. And now he is showing support for a ban on wild animal circus acts!

In a Facebook post shared by Animal Defenders International (ADI), Gervais is quoted with saying, in regards to wild animal circus acts, “Please support ADI and help secure a UK-wide ban, ending this madness once and for all.” 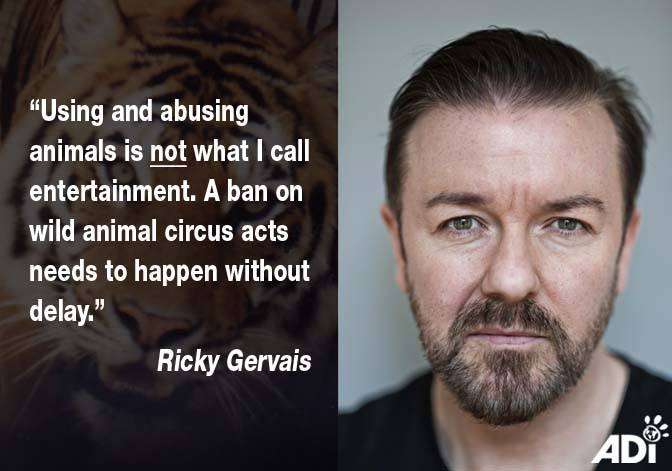 This vocal support comes after a bill to end wild animal circus acts in England was blocked by a single vote on March 16th. This bill will be brought forward again on April 27th. To show your support for this important cause, visit here.

Circuses are notorious for their exploitation and abuse of animals, forcing them to perform unnatural tricks under threat of whips and bullhooks. When not performing, animals are stuck in cages, traveling from town to town with their health and well-being neglected. The single best way for you to personally combat animal cruelty at circuses is by never buying a ticket to these shows. And remember to explain to your friends and family why visiting circuses supports animal abuse!