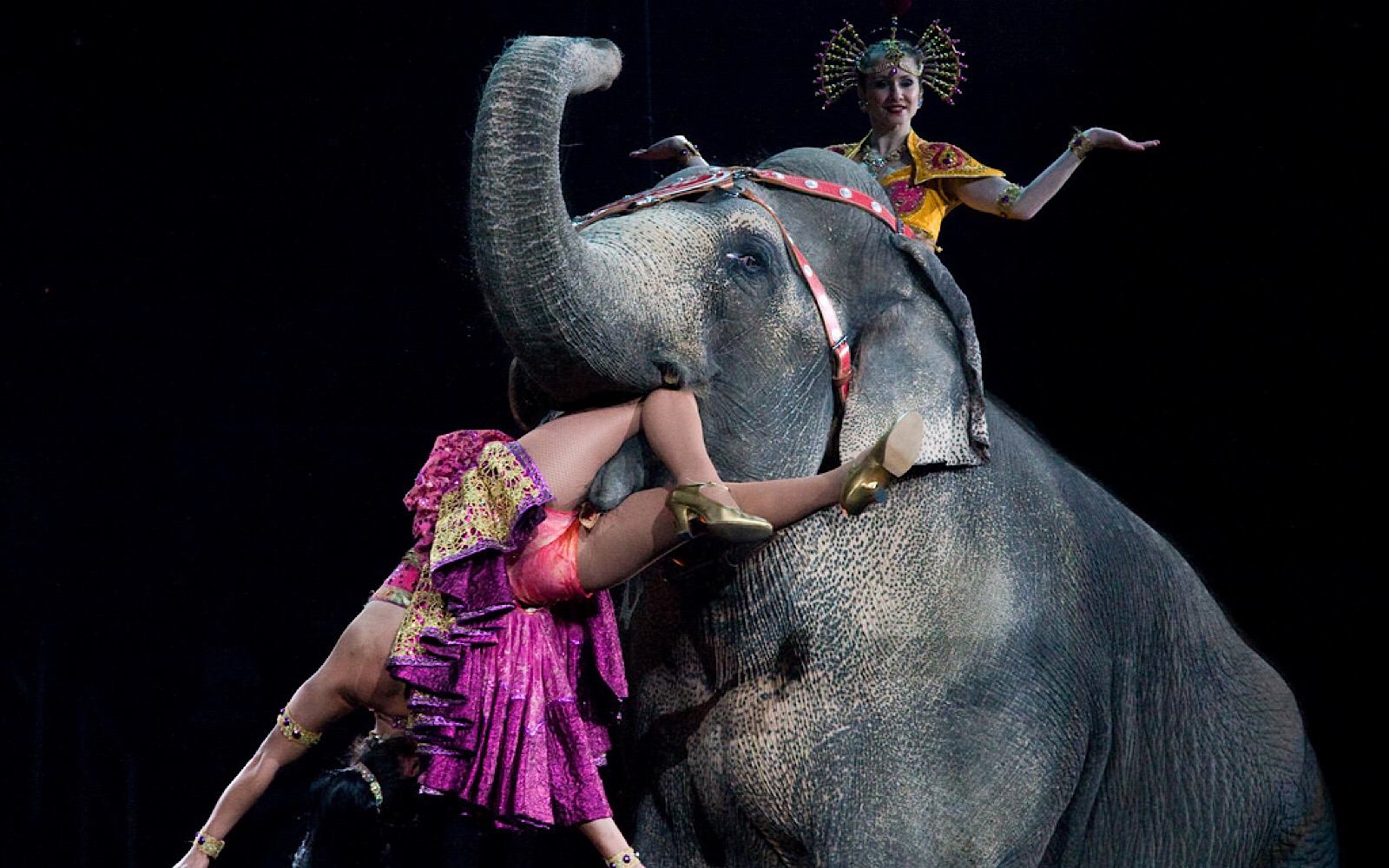 Animal welfare advocates have long been speaking out against the use of wild animals for entertainment in circuses, but it was not until recently that the topic has become a widespread public concern. Ringling Brothers and Barnum and Bailey circuses ended their live elephant acts before they officially closed their tents last year, and it became a hot headline, shining a bright spotlight on the issues surrounding the use of wild animals in circuses. Over 40 countries worldwide have banned the use of wild animals in circuses, including Scotland, India, Italy, Iran, Ireland, Romania, and the Netherlands, to name just a few, and now the UK government has announced plans to end all wild animal acts in traveling circuses by 2020!

Wild animals are inherently wild and cannot be domesticated within their lifetime. In order to control their wild nature, circus handlers routinely whip and abuse the animals. The abuse and confinement to cramped cages have led many animals to lash out or escape, which more often than not, results in the animal being killed. On top of all this, the ways wild animals are acquired for circuses have direct ties to illegal wildlife trafficking, which is wrought with unimaginable animal and human rights violations.

Thankfully, the majority of the UK population seems to be aware of these issues, as 94.5 percent of those surveyed in a poll stated they support a ban on wild animal circus acts.

In regards to this applaudable decision, the RSPCA’s David Bowles stated: “The news that the Government has said there will be no wild animals in circuses in England after the 2019 season or earlier is very welcome and comes as a huge relief … It’s been a long-time coming. This announcement gives circuses a clear two-year warning that no more licenses will be issued and after that there will be a ban on wild animals in circuses … The complex needs of wild animals can never be adequately met in a circus environment and regular transport, cramped and bare temporary housing, forced training and performance are all unavoidable realities for the animals.”

We are thrilled to see the UK making such a great advancement for animal welfare. The single greatest thing you can do to combat the use of animals for entertainment is by never visiting attractions that profit off of them, including circuses, marine parks, and most zoos. Some people are still unaware of the serious issues at hand, so make sure you educate your peers and share this fantastic news!