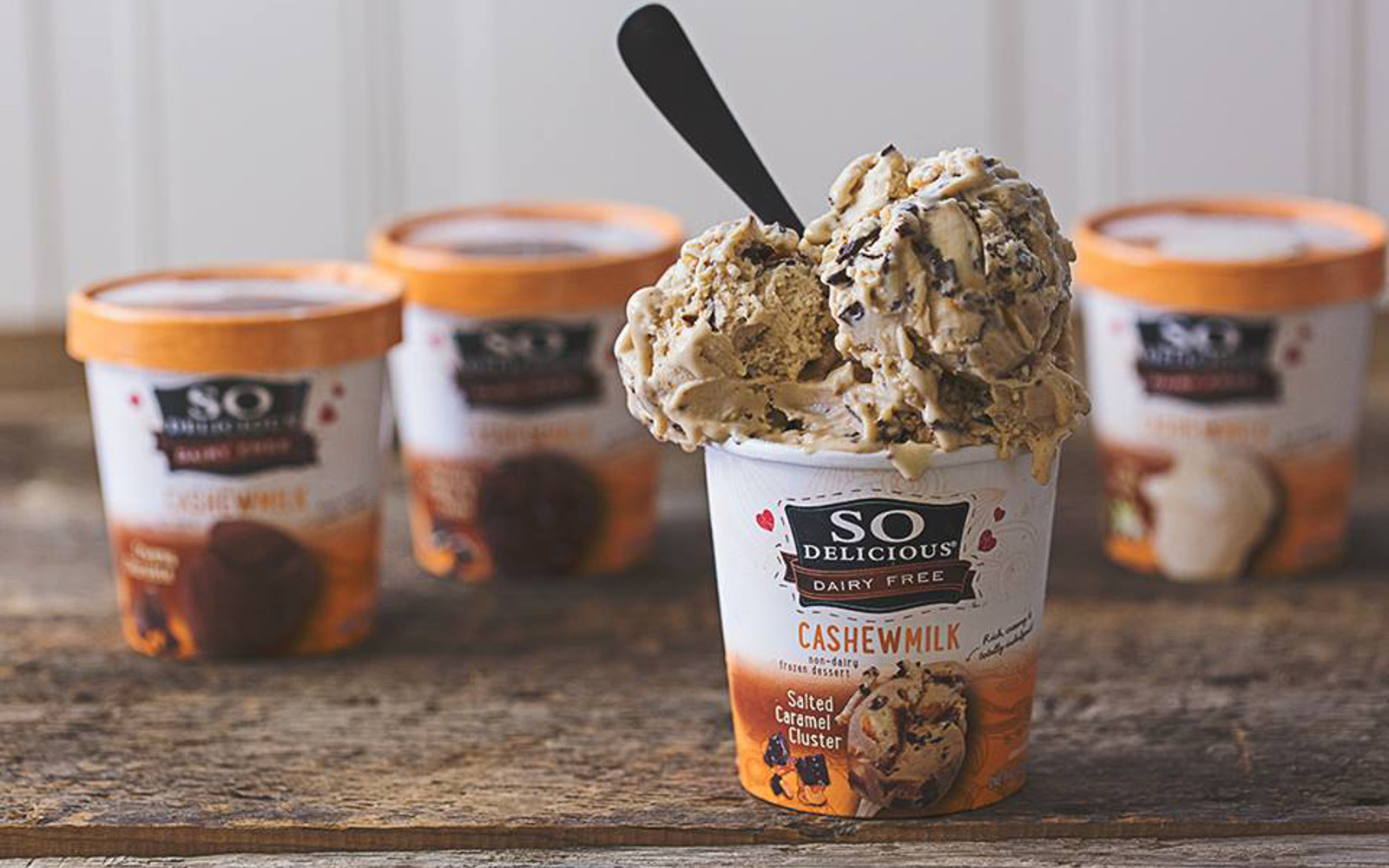 Summer is finally here and you know what that means: it’s ice cream season! Just ten years ago, the dairy-free frozen dessert scene wasn’t the glorious empire that it is today. Vegan ice cream was typically something that you would find only in health food stores or pricey, upscale groceries. But today, you can find vegan ice cream at practically every grocery store — and some shops even have entire freezers dedicated to our favorite summer treat. What’s been going on? A recent report by research firm Packaged Facts shows that “free form” frozen desserts (like vegan ice cream) are one of the key products that are driving the U.S. ice cream industry towards a $28 billion market.

Sure, there is always the option to make your own vegan ice cream at home, but sometimes, the convenience of being able to pop into a 24-hour bodega and walk out with a pint of dairy-free frozen dessert is exactly what we need.

With all the variety out there, you’re probably wondering which vegan ice creams you should try first. Of course, you can always go the DIY route and make your own vegan ice cream using the Food Monster App, which has hundreds of vegan ice cream options for all kinds of skill levels, but the convenience of store-bought ice one of the best things in the world. Well, make a checklist, Green Monsters, because we’ve got a list of 10 sweet, creamy vegan ice creams that you should try this summer. 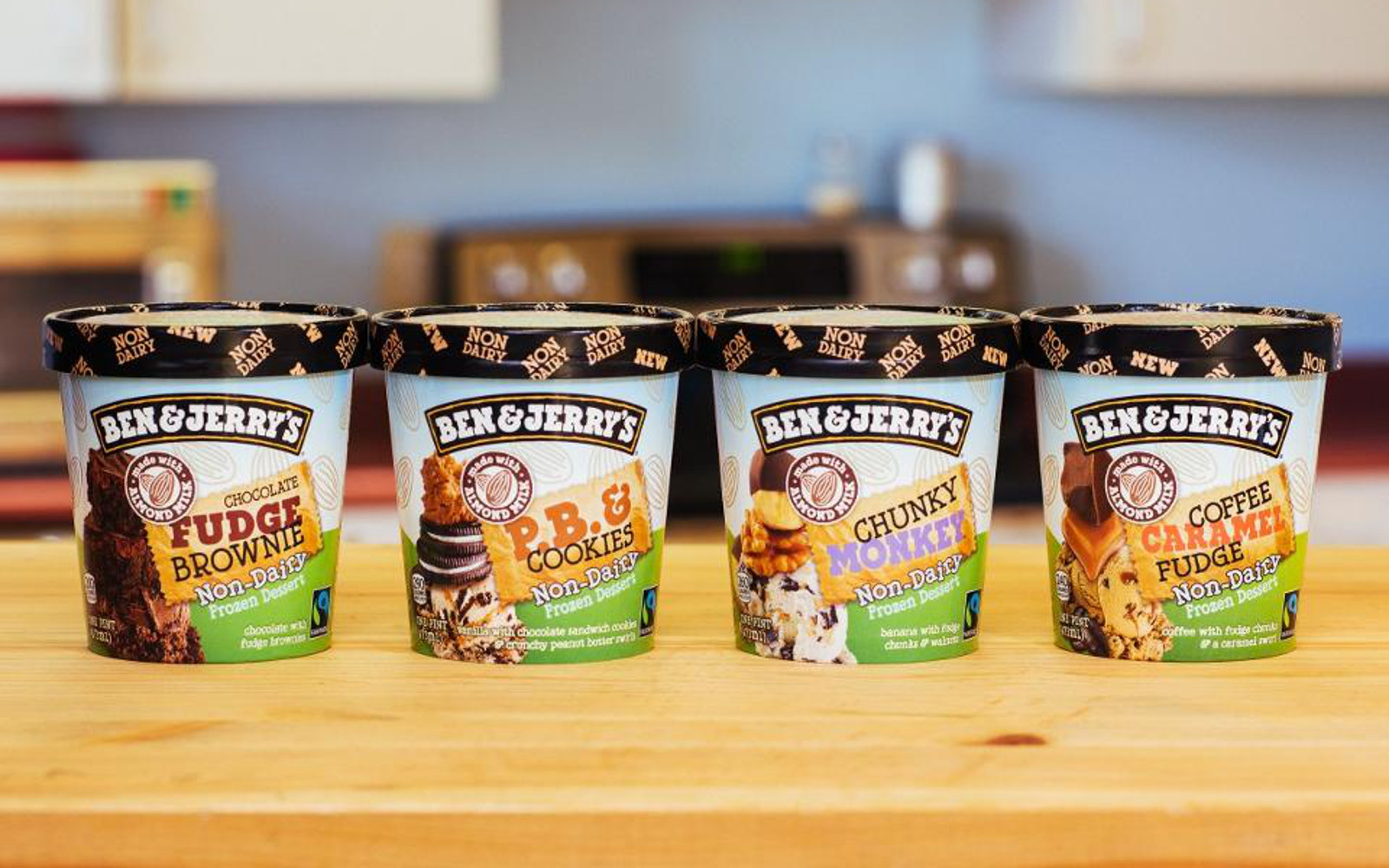 This one goes without saying, but then again, we’re so excited that Ben & Jerry’s now makes vegan ice cream that we had to mention it. Ben & Jerry’s now makes vegan almond milk ice cream! After releasing four vegan flavors last year (Chunky Monkey, Chocolate Fudge Brownie, Coffee Caramel Fudge, and P.B. and Cookies), the famous ice cream company stepped up their game by secretly releasing three new vegan flavors earlier this year. Those flavors are Cherry Garcia, Coconut Caramel Seven Layer Bar, and Caramel Almond Brittle. If you haven’t tried any of their vegan flavors yet, summer is the perfect time to start. 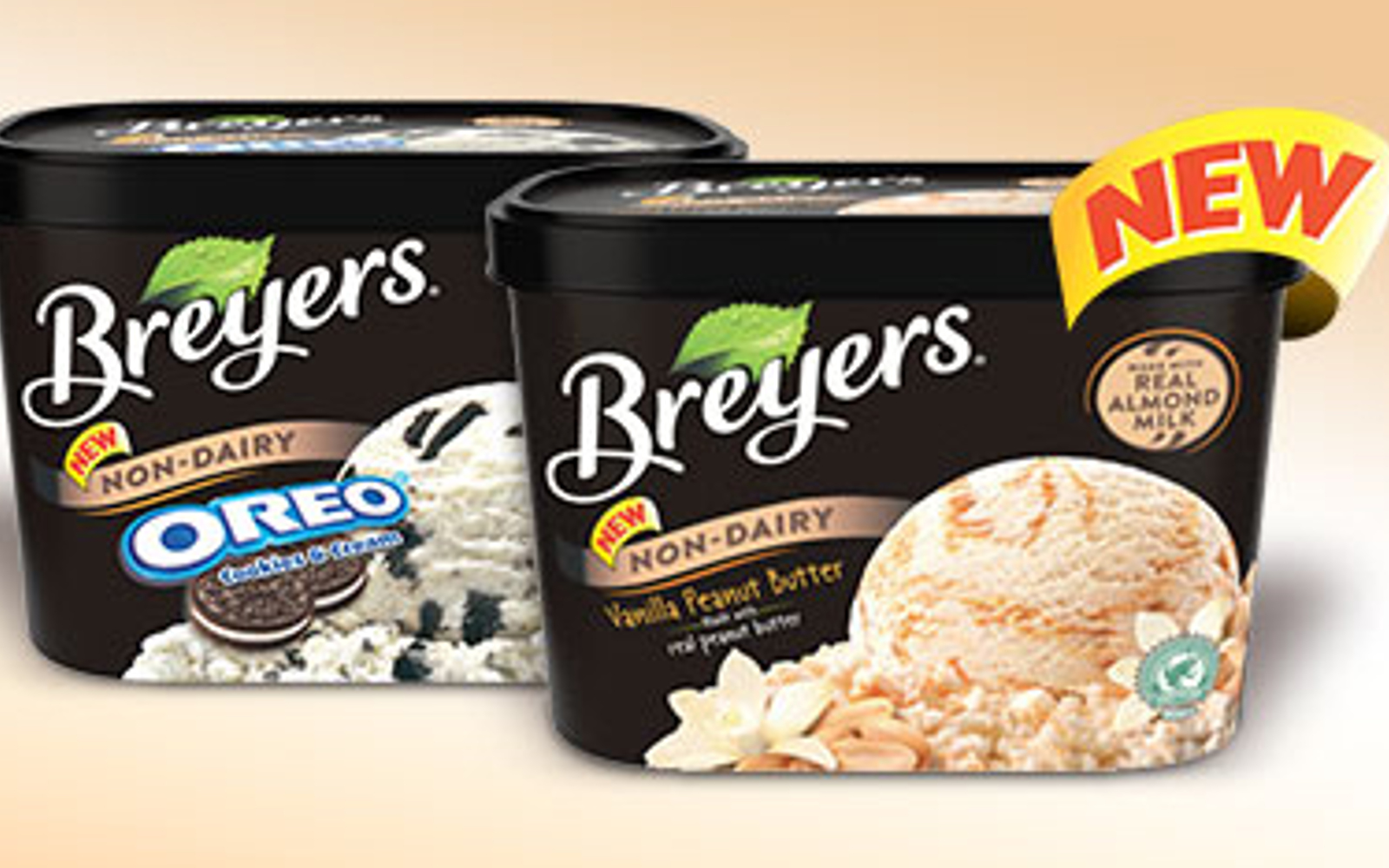 On the list of non-vegan ice cream companies that released vegan ice cream, we would put Breyers, a staple in many of our freezers when we were little, would be at the very bottom. But life is full of surprises and boy, did Breyers surprise us this year. Just like Ben & Jerry’s, Breyers sneakily released two vegan flavors made from almond milk without telling anyone: Oreo Cookies & Cream and Vanilla Peanut Butter. And unlike most other vegan ice creams, Breyers almond milk ice cream comes in a 1.5-quart container — so it’s family-sized. Whoo! 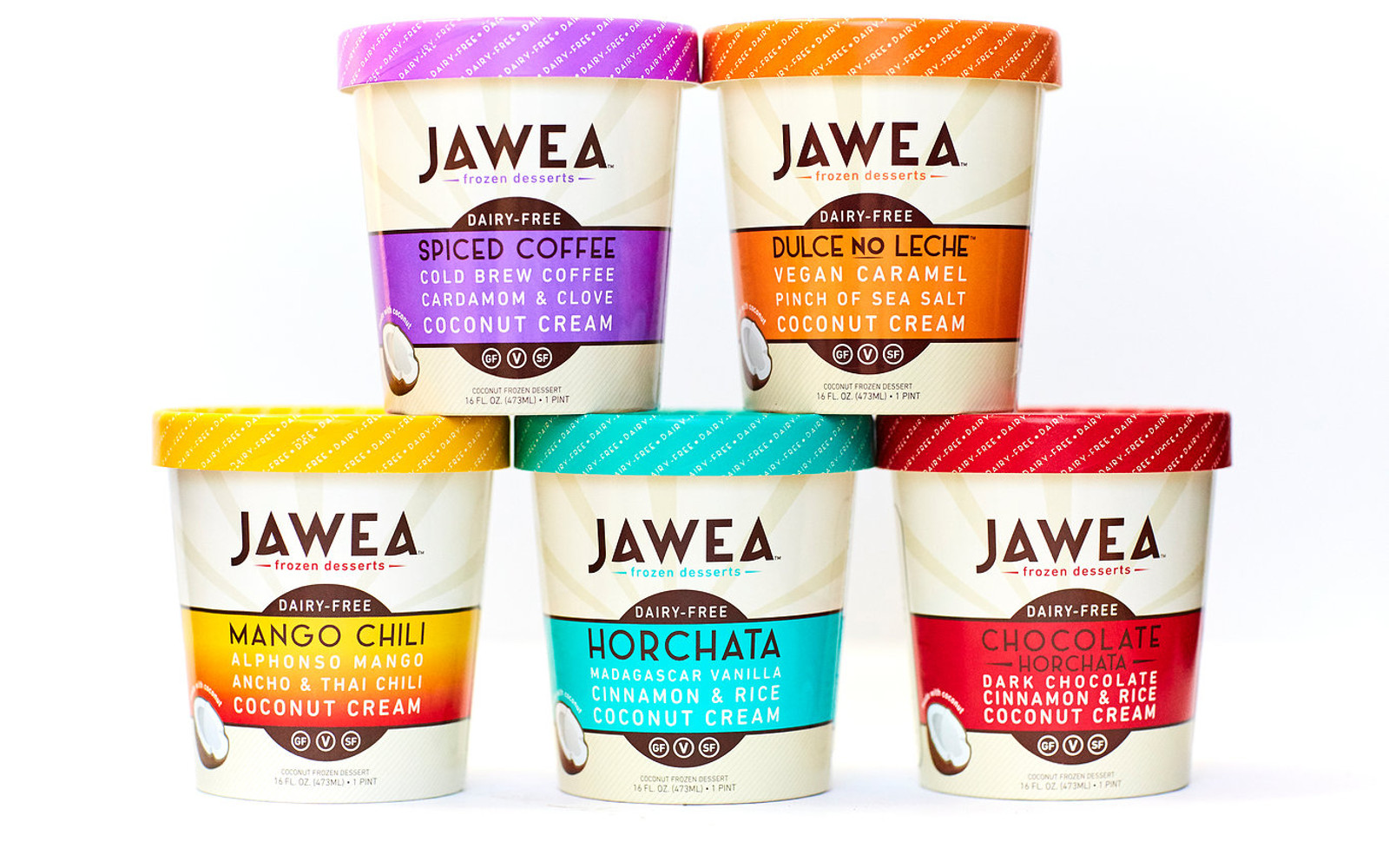 On their website, Jawea Frozen Desserts describes themselves as “plant-based ice cream inspired by adventure” — and we 100 percent agree. Jawea creates frozen, dairy-free indulgences using coconut cream and minimal ingredients. In fact, most of their flavors don’t use more than seven ingredients total. Not only are they vegan and gluten-free, they’re soy-free, too! And let’s talk about how their flavors go beyond standards like chocolate and vanilla. Instead, Jawea, brings creative flavor options like Mango Chili, Horchata, Chocolate Horchata, Spiced Coffee, and Dulce de Leche. They also offer recipes for vegan milkshakes made using their frozen dessert on their official website. 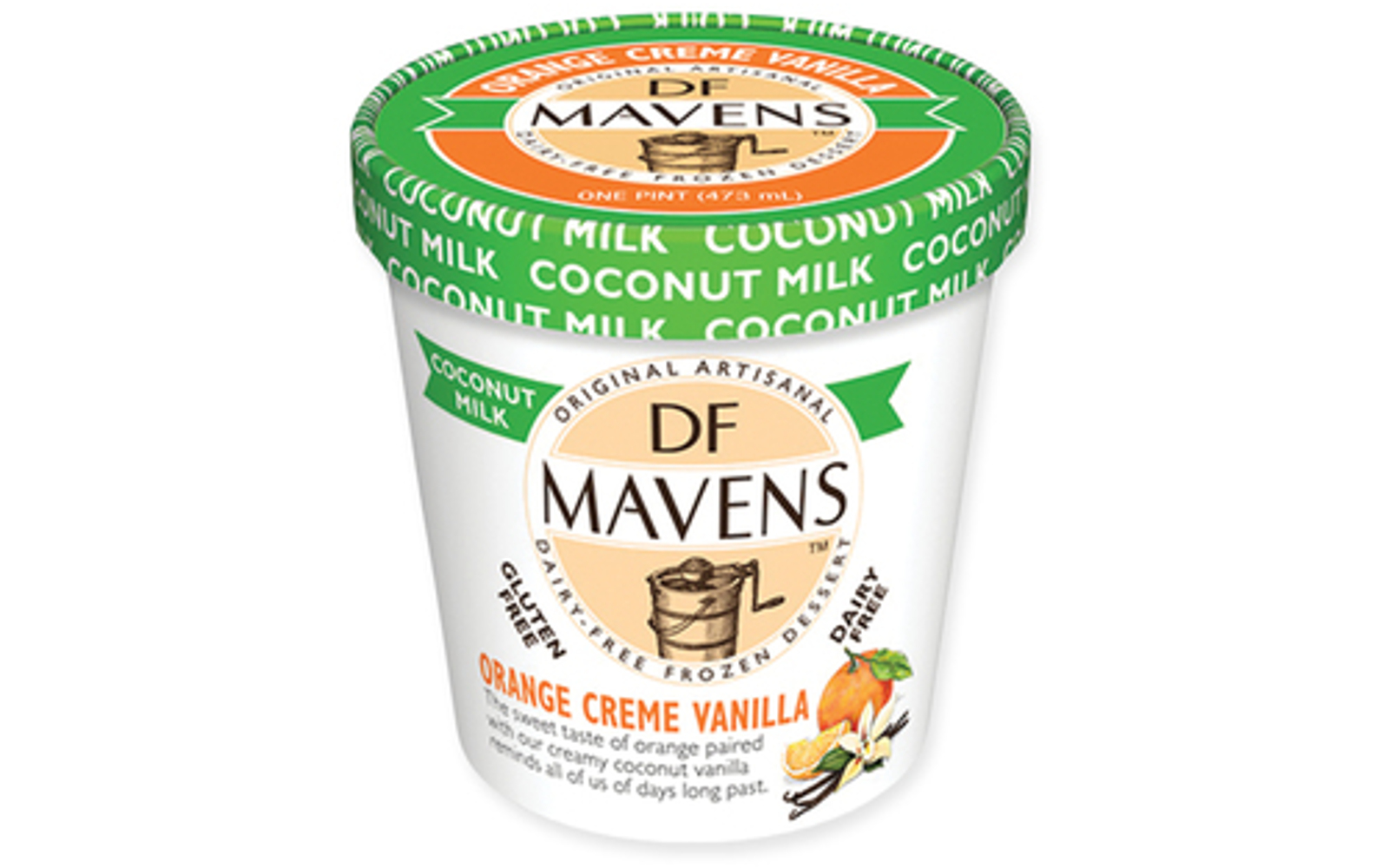 With three different options for vegan ice cream (soy milk, coconut milk, and almond milk), DF Mavens has a lot to offer in terms of dairy-free ice cream. You can pick up their takes classic flavors like Madagascar Vanilla and Del Lago Chocolate or, if you’re feeling adventurous, try unique flavors like Bananas Foster, Orange Creme Vanilla, and Key Lime Creme. They also make ice cream bars, if you love ice cream on a stick. In addition to that, part of the proceeds from sales for DF Mavens goes towards Mercy For Animals. Gotta love that! 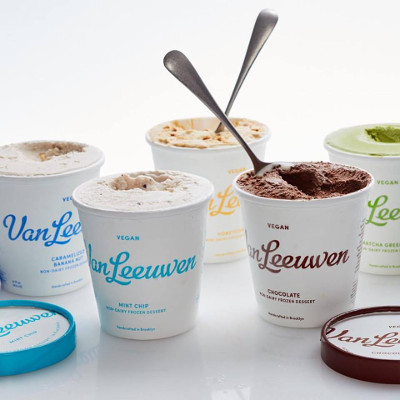 Van Leeuwen’s artisan ice cream was born in 2007 in a tiny Brooklyn apartment and quickly grew into a mini ice cream empire with shops and ice cream trucks across NYC and LA. They may be primarily a dairy-based ice cream company, but they give their vegan ice cream just as much love. Made from their housemade cashew milk, organic coconut milk, organic extra virgin coconut oil, organic cane sugar, pure cocoa butter, and organic carob bean, their formula is creamy, decadent, and indulgent. You can find their pints in shops, but if you ever happen to pay a visit to NYC or LA, be sure to stop by their shop. Most locations offer vegan whipped cream and chocolate sauce as a topping option, plus they offer unique flavors like turmeric and matcha. 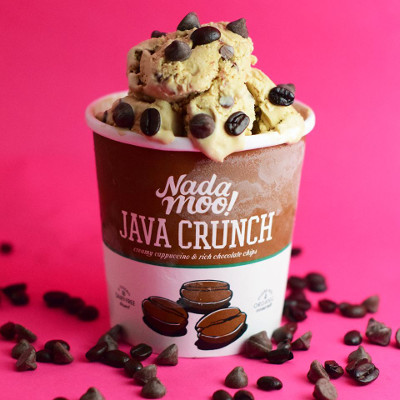 NadaMoo is a creamy coconut milk-based vegan ice cream made from an organic coconut milk base. In addition to using some of the best organic, non-GMO flavors available, they also seek to make some of the most crave-worthy flavors out there. With choices like Birthday Cake, Rockiest Road, Pistachio Nut, and choosing which pint to try first is no easy task. 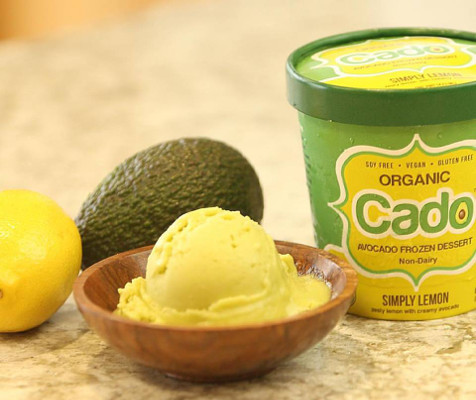 Cado’s line of non-dairy frozen dessert is one of the freshest facest to the vegan ice cream scene. Launched in January, they are the first organic, dairy-free, avocado-based ice cream to hit the market. Don’t worry, you would never guess that avocados are the secret ingredient. Each pint of Cado packs one whole organic avocado that’s been cold-processed into a decadent, healthier dessert experience. At the moment, they offer three flavors: Simply Lemon, Mint Chocolate Chip, and Deep Dark Chocolate. 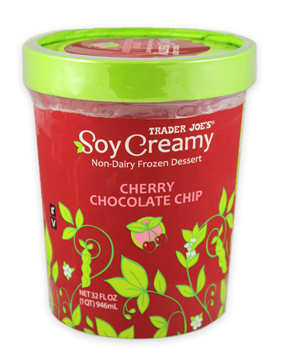 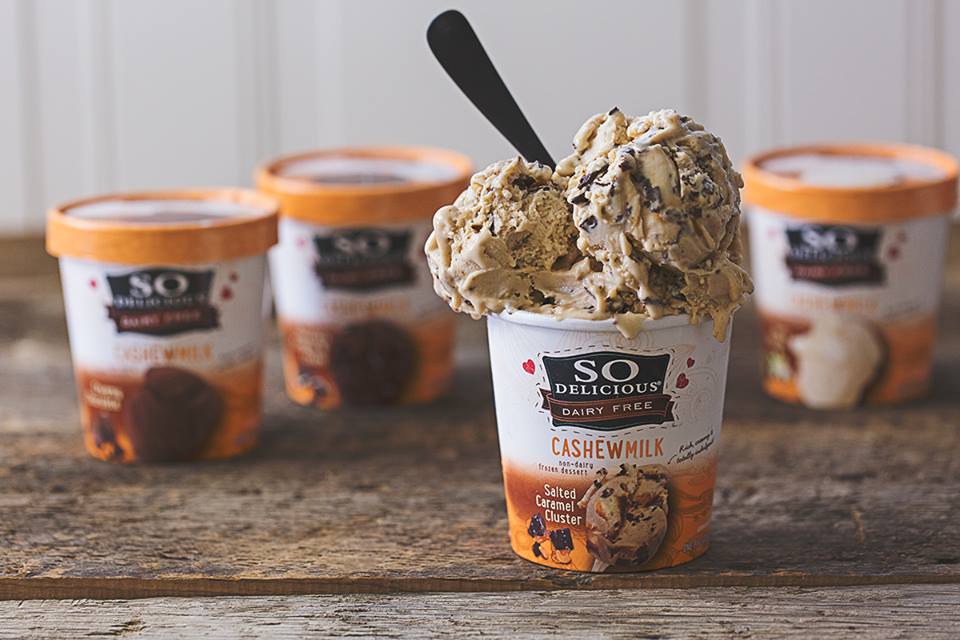 So Delicious has been around for nearly 30 years, so they’re a mainstay in the vegan food world. They also offer one of the widest ranges of dairy-free ice creams out there with options for cashew milk, coconut milk, almond milk, and soy milk. Not only can you pick up their dairy-free ice cream in a pint, they also carry novelty items like ice cream sandwiches and ice cream bars. They recently released chocolate-covered ice cream bars made using their decadent cashew milk ice cream — just in time for summer. 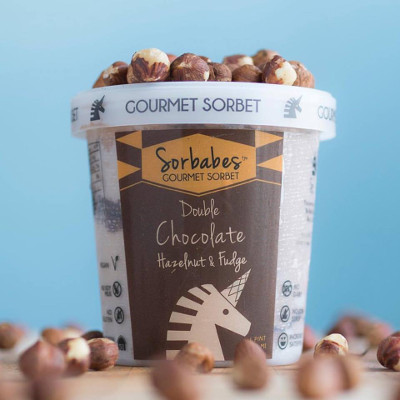 For anyone who has ever been disappointed by the vegan sorbet option at an ice cream/soft serve frozen yogurt shop, Sorbabes will make you rethink your stance on sorbet. They offer a line of gourmet flavors like Double Chocolate Hazelnut and Fudge, Peanut Banana Sorbet With Chocolate Fudge, and Creamy Coffee Almond With Chocolate Bark, and others, all of which are made with nuts to give it that creamy, decadent ice cream-like texture. 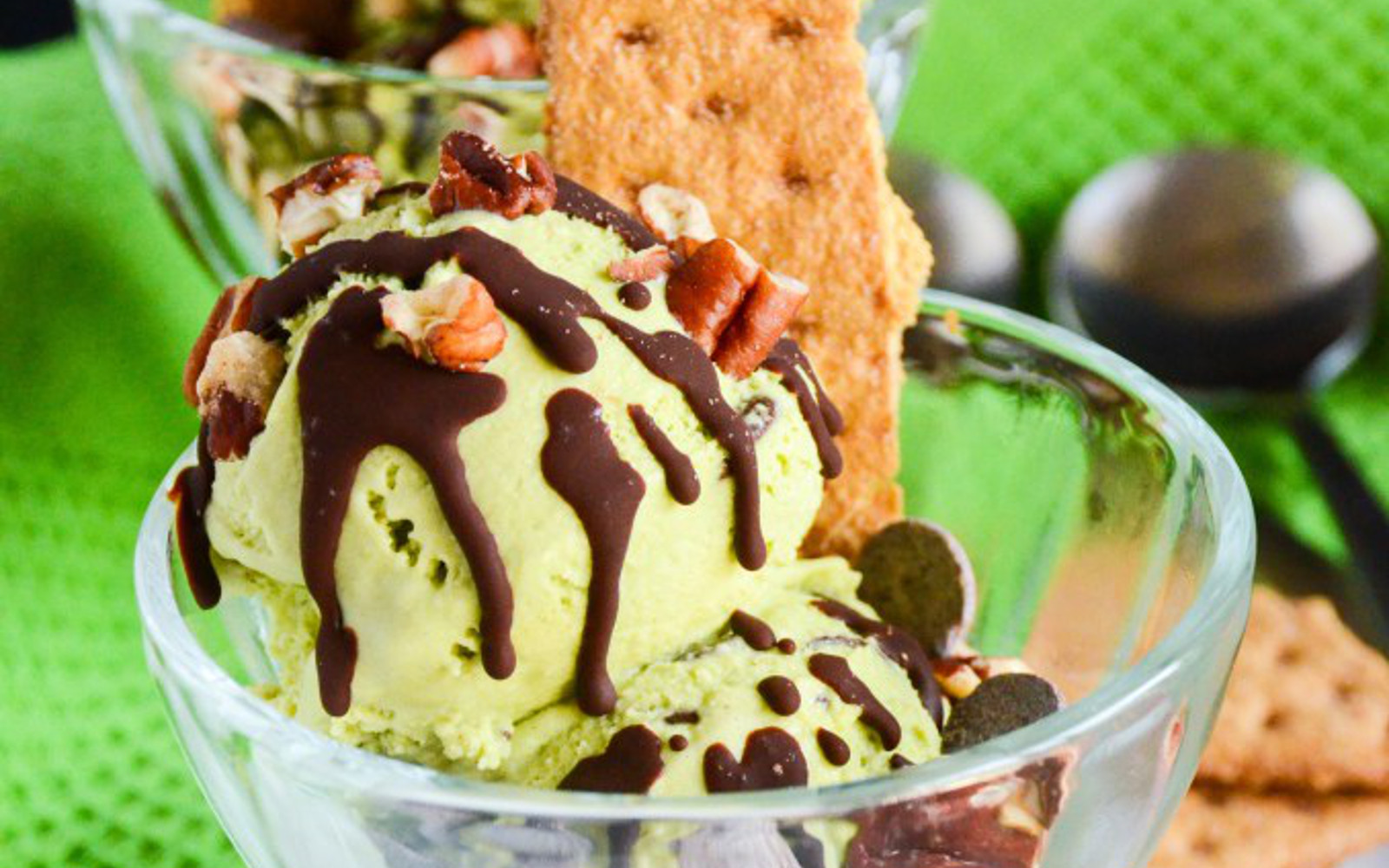 Even though there are a ton of great options out there, you can still make your own vegan ice cream at home! The best part about making your own vegan ice cream is that you can make flavors that you wouldn’t normally find in stores, like this Blueberry White Chocolate Ice Cream, this Maple and Lavender Cashew Ice Cream, this Purple Sweet Potato Ice Cream, and so much more. We also highly recommend checking out the Food Monster App, which is available for both Android and iPhone. Not only does the app have over 8,000 vegan recipes (and over 10 new recipes added daily!), you’ll find plenty of options for seasonal, diet and allergy-friendly options for hundreds of ice-creams!

What’s your favorite flavor of ice cream? Tell us in the comments below!