Want to Try Baking With Spelt Flour? Here’s What you Need to Know 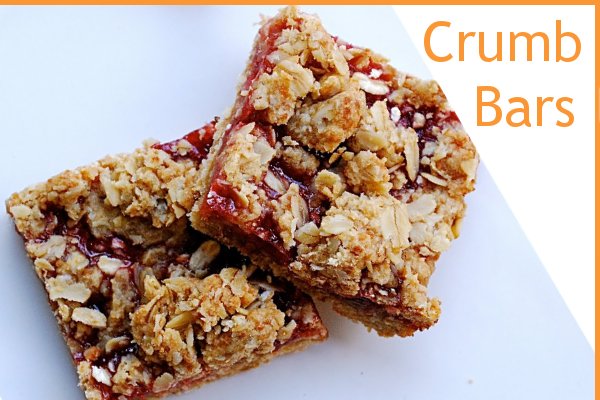 Spelt flour is popular, but it tends to confuse some people. Is it wheat or isn’t it? Is it gluten-free or not? When I started eating a mostly gluten-free diet, I was often offered spelt in stores and restaurants who didn’t serve gluten-free bread. They told me spelt flour had “less gluten.” Since I am not gluten-intolerant but more gluten-sensitive (and choose to avoid gluten to curb inflammation from autoimmune diseases), I tried the spelt bread. It was delicious, soft and nutty tasting. Tasting spelt, however, didn’t help my confusion about what it is exactly or how to use it; that required research. There are definite benefits to eating this ancient grain. Here is a quick primer on spelt flour, what it is and how to bake with it.

We also highly recommend downloading the Food Monster App  — with over 15,000 delicious recipes it is the largest meatless, vegan, plant-based and allergy-friendly recipe resource to help you get healthy!

Spelt flour, or Triticum aestivum var. spelta, is a cereal grain in the wheat family but it is not wheat. Except for a harder outer shell, it looks like wheat, but again, it is not wheat. Spelt has the same genus as wheat but is a different species. Spelt is an ancient grain which has been cultivated for centuries. It has recently become popular because it is a good alternative for wheat and people who cannot tolerate wheat. Spelt does contain gluten, so people with gluten allergies or celiac disease need to avoid it.

Spelt looks a bit like barley and is red in color. It has a mild, slightly sweet and nutty flavor, similar to that of whole wheat flour but with none of the bitterness. It is a light grain, so it doesn’t weigh down baked goods the way whole wheat flour can. In fact, food baked with spelt is usually soft and tender. Spelt is a nutritious whole grain flour, rich in vitamins and minerals such as magnesium, calcium, selenium, iron, manganese, zinc, vitamin E and B-complex vitamins. It is high in protein and lower in calories than wheat flour and also easier to digest than wheat. If you find that wheat upsets your stomach, that you are allergic to wheat or you just want to avoid wheat or cut down on gluten, spelt may be a good choice for you.

3. What About the Gluten?

Spelt does have gluten, but it’s different than in wheat. Gluten is a complex protein made from two simpler proteins: gliadin and glutenin. Gliadin is what gives dough its stretchiness, while glutenin gives it elasticity and the structure to hold its shape. Wheat has a balance of these two proteins, but spelt has a higher gliadin to glutenin ratio which makes the gluten more fragile, breaking down easier. This means that vigorous kneading and mixing should be avoided when using spelt flour or you could get a crumbly texture. It also means that foods baked with spelt flour will not rise as high as those with wheat so you might want to use a spelt starter for recipes where you want that rise. Another trick that I use with gluten-free baking which also has issues with rising is to use more yeast and more baking powder than the recipe calls for.

4. How Do You Bake With Spelt?

Since spelt does have gluten, it can be used to substitute for other flours such as whole wheat flour. If you are baking something that requires structure such as bread or cakes, you can use spelt to substitute for up to half of the usual flour. A good way to do this is to use spelt for 25% of the flour in a recipe, see how it comes out, and then try increasing the amount you use from there. For less structured baked goods such as pie crusts, you can try a higher percentage of spelt flour. If you are new to using spelt, it may be a good idea to try it in an easy, less structured recipe until you get used to it.

Spelt is more water-soluble than wheat, so you may need less liquid than with whole wheat flour. The higher level of gliadin, the protein that makes dough stretch, also means that the dough can spread a lot. Using less liquid can help prevent this. You can try using 25% less liquid than the recipe states but you will do best by judging the texture and consistency of the dough. Doughs and batters with less internal structure do better when baked in loaf pans and tins to give them more external structure. Remember to not over-mix or over-knead the dough.

5. What Can I Make with Spelt?

You can use spelt flour to make any baked goods you would make with any other flour including cakes, cookies, muffins, flatbreads, biscuits, waffles, donuts and brownies. Here are a few recipes to get you started baking with spelt flour.

Mix 1 Tbs. ground flaxseed with 3 Tbs. warm water in a small bowl. Stir and let it sit for 10 minutes until it forms a gel. Meanwhile, grate 1 ¾ cups unpeeled yellow squash and squeeze out the water. Let the squash drain while you prepare the rest of the ingredients. Mix 2 tsp. apple cider vinegar into 1 cup non-dairy milk to make vegan buttermilk. Let it sit for 5 minutes while it curdles. In a bowl, combine the buttermilk, flax gel, 3 Tbs. maple syrup, 3 Tbs. unsweetened peanut butter and 1 tsp. vanilla extract. Mix everything until it is smooth. In a large bowl, combine 2 cups spelt flour, ¼ cup brown sugar, ¼ cup cane sugar, 2 tsp. baking powder, 1 tsp. baking soda and 1 tsp. kosher salt. Add the wet ingredients to the dry ingredients and stir until just combined. Fold in the yellow squash. Spoon the batter into oiled muffin tins (this makes 18 muffins) and fill them ¾ of the way full. Bake in a 350 degree oven for 20 minutes or until a toothpick comes out clean. Let the muffins cool in the tins for 5-10 minutes and then transfer to a wire cooling rack until completely cool.

Mix 1 Tbs. ground flaxseed with 3 Tbs. warm water in a small bowl. Stir and let it sit for 10 minutes until it forms a gel. In a medium-sized bowl, combine 1 cup sugar, ½ cup brown sugar, 2 tsp. ground cinnamon, 1 tsp. ground ginger, 1 tsp. ground cardamom, ½ tsp. ground allspice, ½ tsp. ground nutmeg, ¼ tsp. ground cloves and 1/8 tsp. black pepper. Take 1/3 cup of the sugar/spice mixture and set it aside on a plate for later. In a large bowl, sift 2 cups spelt flour, 1 tsp. baking soda, ½ tsp. baking powder and ½ tsp. salt. Mix well until it’s well-combined. Add 1 cup vegan butter to the bowl with the sugar/spice mixture. Using a hand mixer, mix until the sugar and butter is combined, light and fluffy. Mix in the flax gel, 3 Tbs. non-dairy milk and 1 tsp. vanilla until it is smooth. Slowly add the flour mixture, about 1/3 at a time, to the wet ingredients and mix until it is all just combined into a dough.

Wet your hands a little bit and roll spoonfuls of the dough into little balls. The balls should be about 1-inch in size unless you want larger cookies. Roll each ball in the sugar/spice mixture you set aside before and place them on parchment paper-lined baking sheets about one inch apart. Using the back of the spoon or the bottom of a glass, lightly press the balls down into discs. Bake in a 350 degree oven for 14-16 minutes, turning the pans around halfway through. They should be golden brown and just starting to brown on the bottoms. They will still feel somewhat soft on top. They will harden as they cool. When they are done, remove them from the oven. Let them cool for 5 minutes on the baking sheets and then transfer the cookies to wire racks to cool completely.

Another delicious recipe is this one for Raspberry Jam Spelt Crumb Bars from one of my favorite restaurants, Peacefood Café. They are stuffed with jam and perfect buttery crumbs that melt in your mouth.

I hope this takes away some of the confusion about spelt flour. Once you start using it and get used to it, you can bake up lots of light, nutty baked goods that are not only delicious but good for you.

Learn How to Cook Plant-Based Meals at Home! 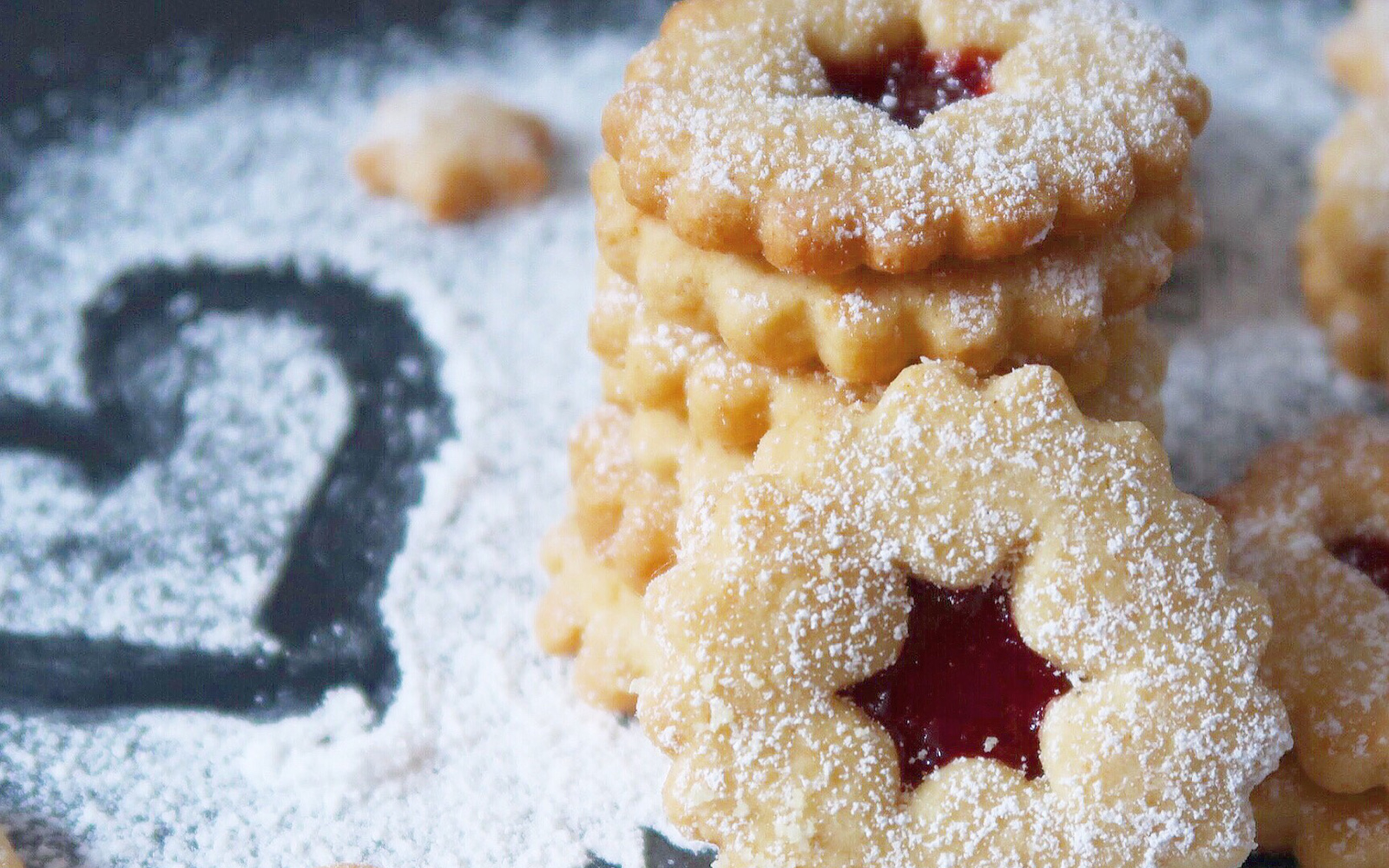 For those of you interested in eating more plant-based, we highly recommend downloading the Food Monster App — with over 15,000 delicious recipes it is the largest plant-based recipe resource to help reduce your environmental footprint, save animals and get healthy! And, while you are at it, we encourage you to also learn about the environmental and health benefits of a plant-based diet.

Here are some great resources to get you started: